Having a bit of trouble with getting this flow to work properly.

The tasks will be recurring each month and there should be 1 approval per task per store. Each Approval should go out to each Tier1 approver and they have to approve each task without any relation to the other tier1 approvers and their approval status.

So tier1 approver should get 2 approval requests (as there's currently 2 tasks in SharePoint list of tasks) and each approver should independently approve for his/her store.

When the tier1 approver has approved/rejected we'll continue on with the flow and send them e-mail of the outcome. This step i have not yet build and I think these steps should be trivial. 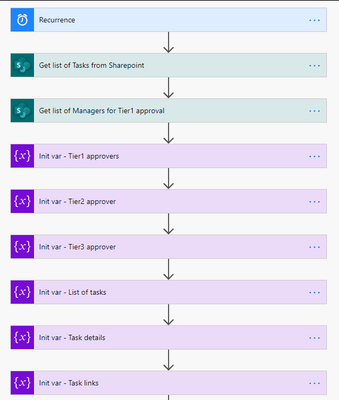 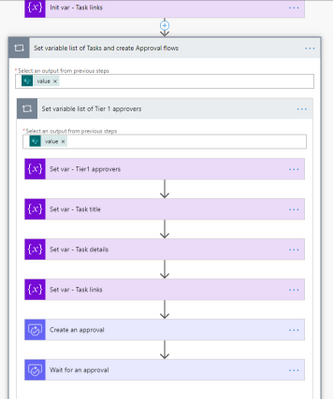 The desired outcome is to send out approval request for each task to each tier1 approver straight away and then capture outcome per approval afterwards.

How should i alter the current flow in order to send out 1 approval request to each tier 1 approver straight away, but at the same time be able to continue on with the flow adding i.e. sending mail when each approval per approver and task is declined / approved?

You could take a try to set the Apply to each actions in your flow for turning the Concurrency Control On. 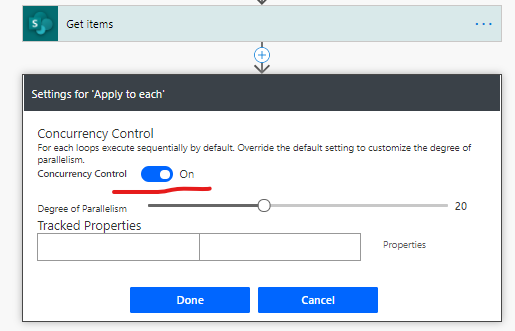 Hi @v-alzhan-msft i've tried that already but that leads to the follow result:

Both tasks are send to first user straight away, but the second person will only get the approval AFTER first person has either approved or declined the task.

Hi @v-alzhan-msft  okay, how would you suggest the flow is set up then for achieving the goal outlined in the original post?