Approval flow email notifications not being sent when intended

I have an approval flow is triggered when a file is dropped into a sharepoint folder.  It is largely working as intended, the only issues are related to notification emails.  The way I think I have it setup as follows:

1. If an approver is not identified when a file is uploaded, a notification email should be sent to the person who created the file.  The email does go out, but it is always sent, even when an approver is identified immediately.  I would like it to not be sent if the creator of the file completes the required step of identifying the approver. 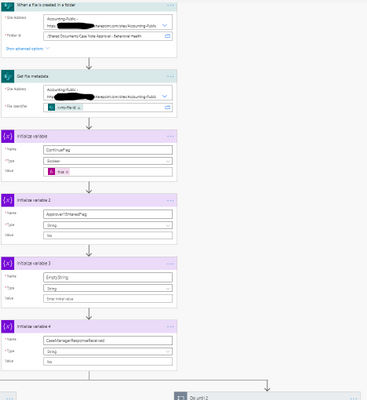 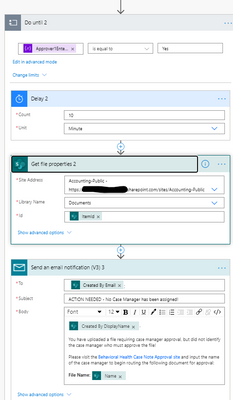 2. If an approver is not identified right away, but is at some future point (say 24 hours later) the route is essentially broken, with the initial approval action email notifications not being generated.

I have similar issues with later steps of this process with things like reminder emails being sent even after the approval/rejection has occurred, but I think if I can figure out this first issue I will also be able to solve the later issues.  Any help is appreciated!

After you send the notification email to the person who created the file, do you set the variable Approver1EnteredFlag to Yes?

If not, the send email will continue sending until the Do until timeout.

To prevent it, you should set the variable Approver1EnteredFlag to Yes if it meets your needs: 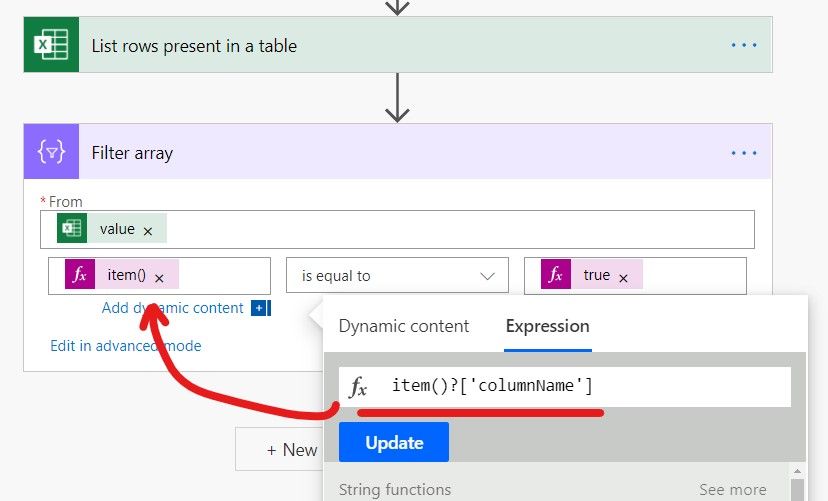 I believe the other side of the flow sets the Approver1EnteredFlag to Yes when that step has been completed.  See below: 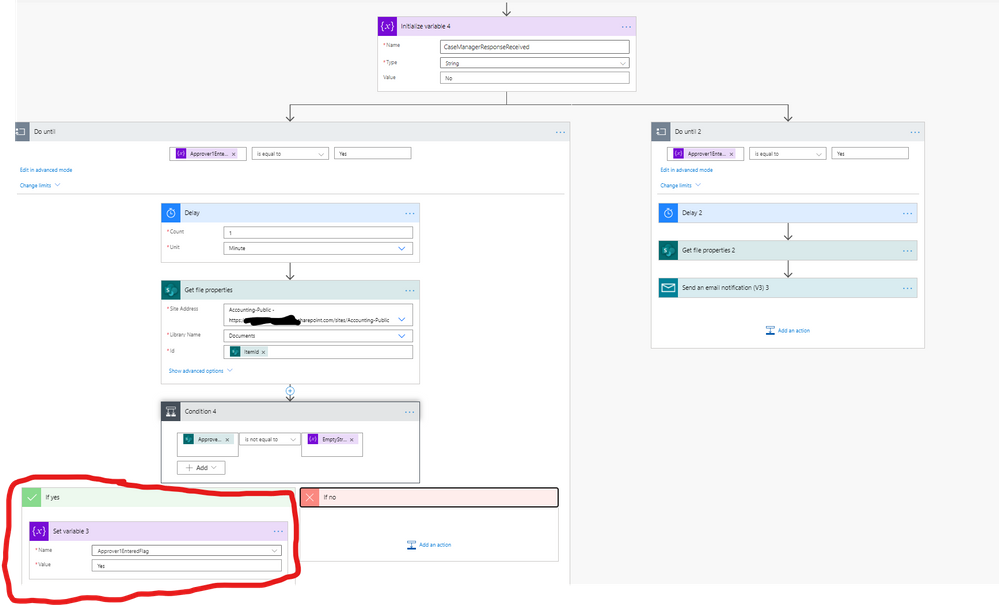