This is so that at any point while the approval is pending (can be pending for multiple weeks), someone can go into the SharePoint list and view the item to see who has responded with their feedback and who has not.

If the option "Approve/Reject - First to respond" is used for the approval, the Flow proceeds after receiving its first response, and an Apply to Each is added when Update Item is used to include the response and comments on the item. However, if I understand correctly, this Apply to Each only runs for the first response to the approval and then exits the loop. I believe this same behavior occurs for the “Wait for one response” custom response approval type. I want the Flow to remain in this Apply to Each loop for every response as they come in and update the item. Essentially, I need an approval type that does not wait for all responses before performing an action, but instead can perform a looping action with all the responses as each of them is received.

I also considered inserting the approval into the loop. Then, each party would have their own approval and the item would be updated with their feedback once they respond, which is close to what I want. However, as I mentioned earlier the approval can take multiple weeks for a response. This solution would mean the approval would have to wait for the first party to respond before even sending out the second one, and then would wait for the second party’s response before sending the third, etc., which is not an acceptable solution.

How would I go about accomplishing this, if it is possible? Thank you in advance and I would greatly appreciate any assistance.

Consider using a loop to assign approvals as you have already suggested.  However, go to the loop settings and turn on concurrency control.  That will allow for all approvals to be assigned concurrently. 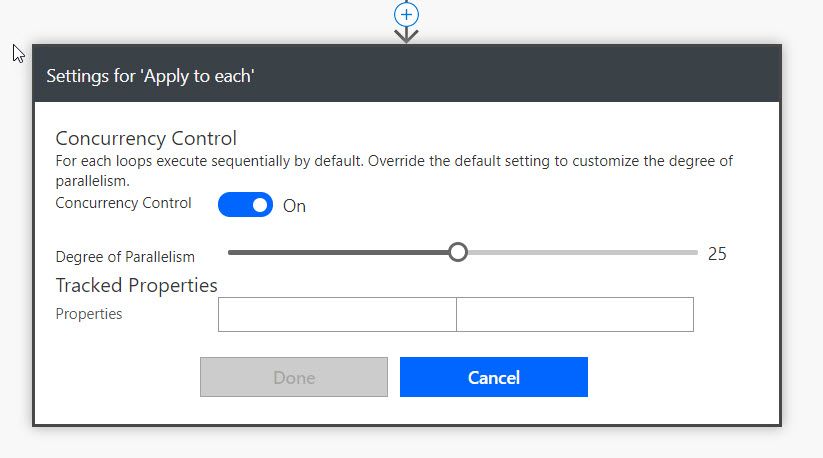 Consider using a loop to assign approvals as you have already suggested.  However, go to the loop settings and turn on concurrency control.  That will allow for all approvals to be assigned concurrently.

Anonymous
Not applicable
In response to ScottShearer

Thanks so much for your help Scott! I suppose that was more simple than I had expected. Just an issue of running approvals concurrently vs sequentially.

Hi, I have a similar request but the provided solution does not work for me unfortunately. Below my file library:

This part of the workflow works fine: 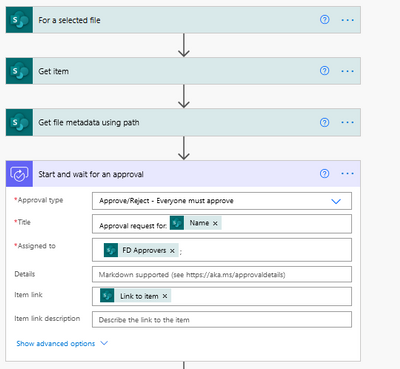 In the next part of my workflow I'm appending the approvers' comments: 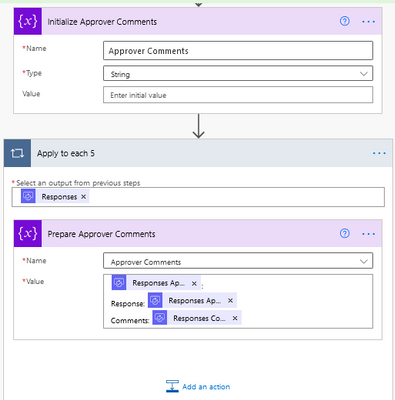 so far, so good.  My last part of the flow is the condition: 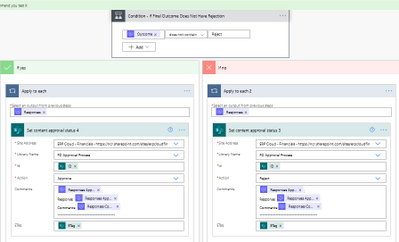 I hope someone can help me as I have tried almost everything.