Autogenerate a string code based on letters

I am trying to build a flow that autogenerates an incremental string code as per the last code used.

Let's say I have a record with a code RAA, then the next code that should be generated for the new record is RAB and after RAC -> RAD.. so on until it reaches RZZ.

If the last code is RZZ then the generated string code should start with S Series that means SAA, SAB ->SAZ.. SAZ, SBZ, SCZ ->SZZ.

So the logic is first to check on the last character what was the letter and what's coming after it.

Secondly, when the last character is Z the flow should start to check on the second character and apply the same logic as the first one.

Finally, when the last and second characters are ZZ it should start with another series.

Here is a screenshot of what I was trying to do but still struggling: 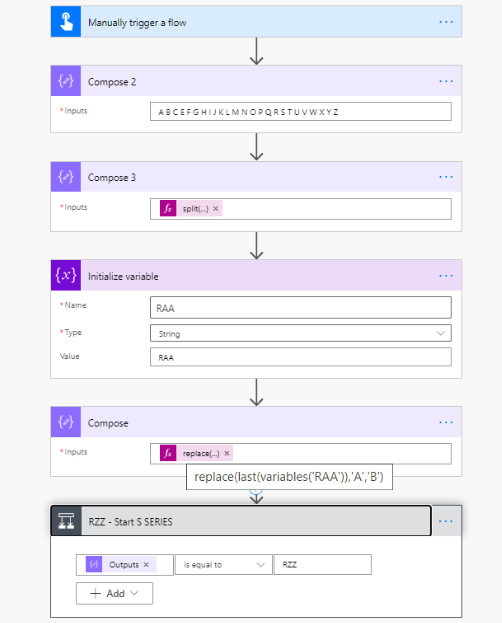 Can someone please explain it in detail and provide me examples to help me achieve this scenario?

Any help will be greatly appreciated.

I create a Flow could approach what you want, I export it as a zip file, you could download it and import into your Flows: 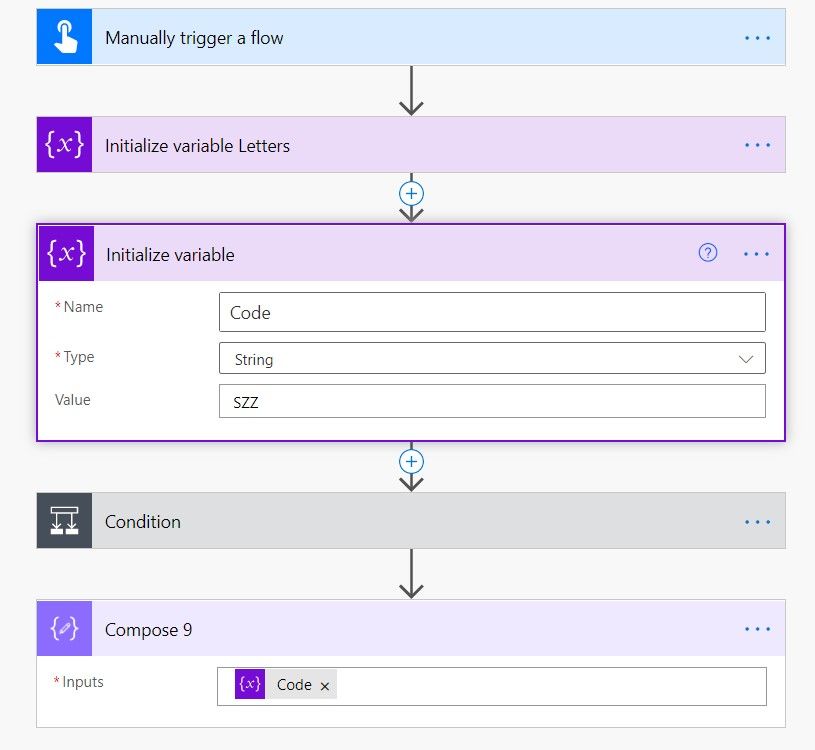 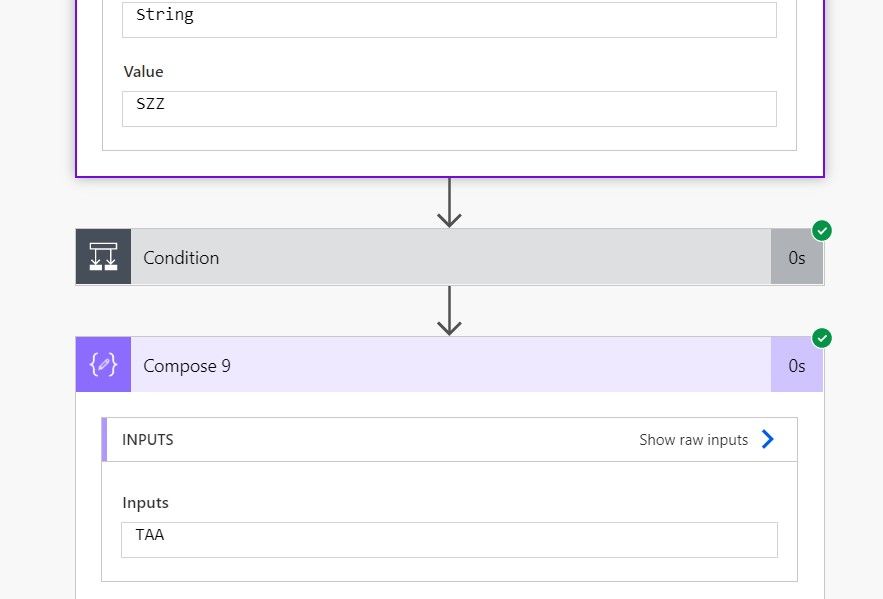 I create a Flow could approach what you want, I export it as a zip file, you could download it and import into your Flows:

Thanks a lot for providing the flow solution, I really appreciate it.

I just modified in the "condition 2" the "set variable 2" by changing the letter A after the compose concatenation to Z, because when it's RAZ it should not be RAA again it should be RBZ->RZZ and it starts with the new series.

Finally, I am trying to check if this is the first record created in the entity, the variable should be static with RAA then automatically the flow check for the last generated code record and increment the string.

Please correct me if am wrong, I am thinking to add a list record action to populate all the records and check if there is an RAA assigned to a record if so, then it will go ahead update the record with the next code, else the code will be RAA because it is the first record.

Looking forward to your response,