"The underlying connection was closed: An unexpected error occurred on a send.\r\n inner exception: An error occurred while sending the request.\r\n inner exception: The underlying connection was closed: An unexpected error occurred on a send.\r\n inner exception: Unable to read data from the transport connection: An existing connection was forcibly closed by the remote host.\r\n inner exception: An existing connection was forcibly closed by the remote host",
I attempted to rerun the flow and try other files and resulted in the same thing.
I decided to open a support ticket. Support had me rebuild the connector connection and noticed the icon for onedrive had updated. It continued to fail, so we ended up rebuilding a copy of the flow and resulted in the same issue. The tech upon checking the gateways tab was met with a message about needing a subscription stated to me pdf conversion on onedrive needed a premium licensce. I was totally confused stating that it made no sense as the changes occurred oct 1st and still ran fine up until yesterday.  It then evolved into saying i was possibly on a trial account. (I am under GCC g3 Lic, and not using free flow). Eventually he got back to me and explained he was wrong so we further troubleshoot the issue.
We ended up opening up IE with browser cache clear. The flow tested and then ran fine without the gateway issue. His explanation was that when i built my flow, the flow designer was possibly pulling in old cached information into building my flow therefore resulting in the gateway 502 errors. Resaving in IE with new cache clear fixed the problem was his explanation. This baffled me as it didnt really make sense that a cloud platform would rely on browser cache to authenticate. This would lead me to believe there are many other users that run into this same scenario using Chrome.
Has anyone ran into a similar incident and explanation like this before? Also if anyone knows the onedrive pdf converter requires a premium lic? Or was i fed a bunch of baloney and connections on the backend fixed itself. If this is truly the root cause of the issue, then the flow designer needs to be redesigned.
Thanks
Jason
Labels:
Message 1 of 42
5,331 Views
0 Kudos
Reply
41 REPLIES 41 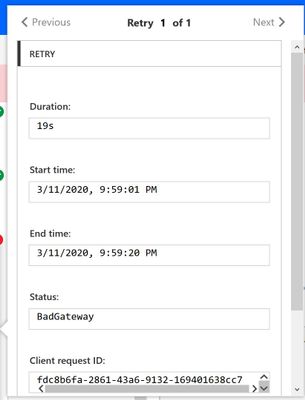 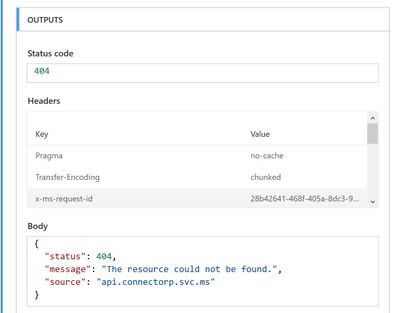 This issue come up today for all my flows using one drive convert word to pdf.