I have created a flow that gets stuck in test without presenting any errors.

The flow runs successfully but then gets stuck at the "update task details" step, time will just continuously elapse resulting in me having to cancel the test.

I have looked at other posts and found that adding a a delay should resolve this issue, but even a delay of 2 minutes has no effect.

As seen below the test will just continuously run without updating the task details : 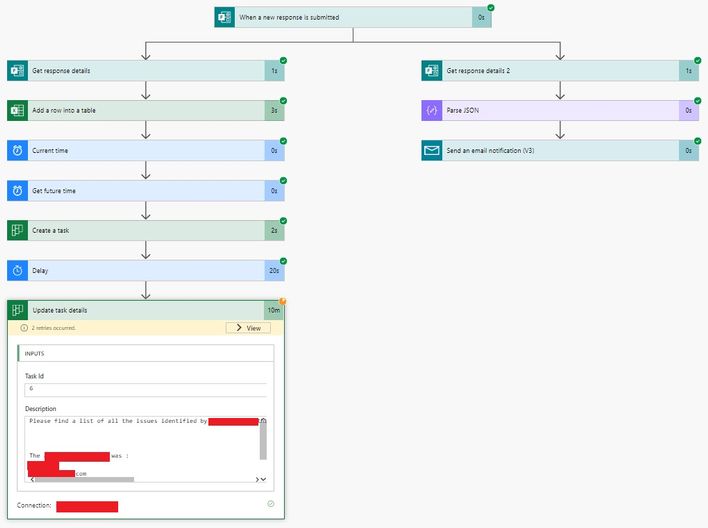 Its worth noting that the form response circled in blue below does not appear to be in the output shown above. I have used both the Parsed version of this from the branch on the right and the form response and neither show. 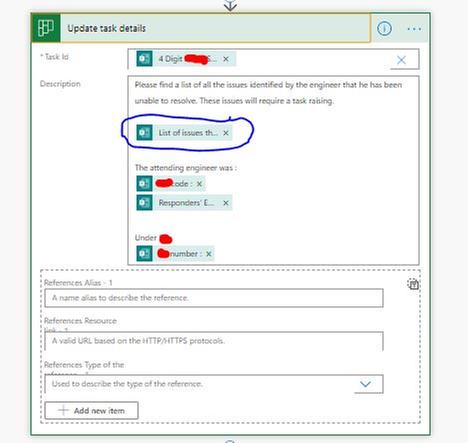 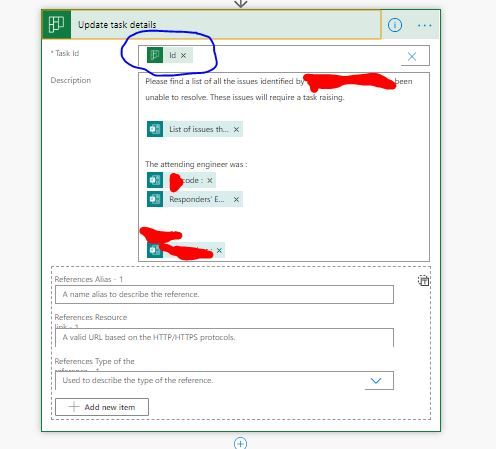 Found the solution to the second part of the issue.

Rather than using the form or parse json output I have used the output from Excel.

Although ti seems I wouldn't be able to get around this if I had not updated the table row earlier in the flow.

mcin9781
Microsoft
In response to MattMannion

Thanks for for following up on this issue and sharing it with the Power Automate Community, it is greatly appreciated.

Power Automate User Groups are coming! Make sure you’re among the first to know when user groups go live for public preview.