I created a Microsoft Dataverse for Teams flow inside a solution that creates hundreds of records of various types including "MIC Team" and "MIC Participant" records. The flow succeeds in creating the records and associating a "MIC Participant" with a "MIC Team" through a lookup field, but something is wrong. Nothing shows up when I go to the tables and click Edit Data, but the data is there if I click on the Views.

Also as you can see it looks like the MIC Team gets associated with the MIC Participant correctly, but when querying this data in Power Apps, it doesn't show that relationship. 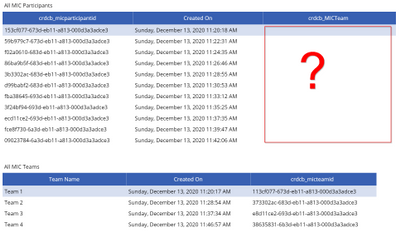 Here is how I create the the MIC Participant record. I get the Team ID from a previously created MIC Team record. 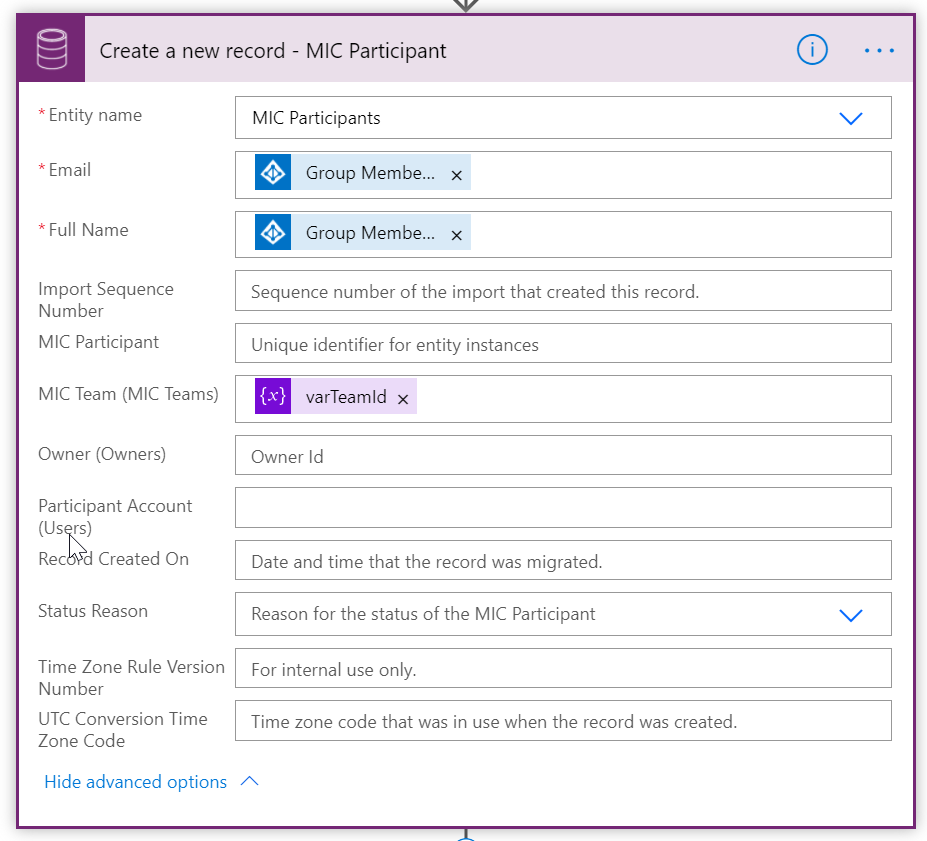 And it creates the record and association without throwing any errors 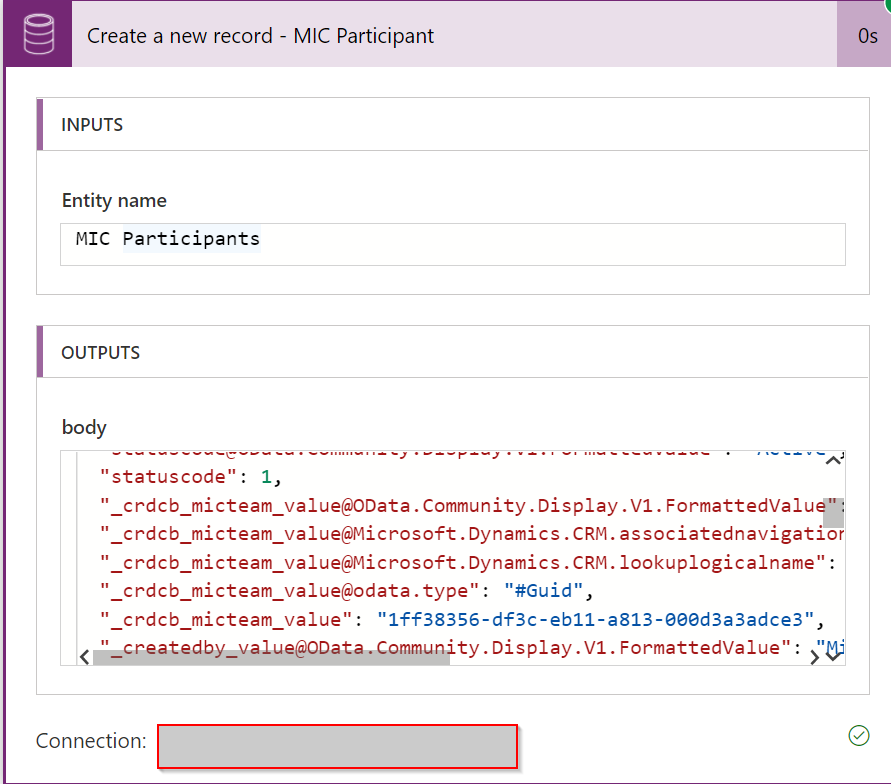 So I'm not sure what is wrong here? Also I have a trigger than runs on new record creation and this flow runs correctly and it seems to see the relationship between the MIC Participant and MIC Team. I'm really confused on what is going on here.

EDIT: After further testing it seems the issue where the records don't show up on the Edit Data page happens whether I try to associate these Participant records with a Team or not.

If you want to update the Lookup column, we need to configure this field using the Entity Id in Related entity.

For example, if there is a Lookup column in Entity A that is associated with the field in Entity B, then we need to update the Lookup column with the Entity Id of Entity B containing the corresponding field value.

Yeah I'm passing in the GUID of the Team and it "seems" like it works. Check out the last screenshot from my original post. It shows the ID (_crdcb_micteam_value) and the other parameters with the associated Team (ex: _crdcb_micteam_value@odata, _crdcb_micteam_value@Microsoft, etc.). Whenever I go to Edit Data though, nothing shows up in my lists and when I query the data in Power Apps it seems like it doesn't see the association. As far as I can tell it's a bug.

It looks like there is something wrong with the Create new Record action. I created a hundred or so records with no lookups defined. I just populated the basic info and when I go to Edit Data nothing shows up, but when I click on the Views I can see all my data there and it's populated correctly. It would be really nice if this data showed up under Edit Data so I can make quick updates.

What is it in the variable varTeamId that you are using. MIC Team should be logicalname plural of MIC Teams and then guid.

e.g if it is account it is should be accounts(GUID)

Yeah I'm using the mic_teams(TEAM_GUID) and it seems to work. Before when I wasn't using that format it would error out entirely. The flow process completes and it looks like the team association works. It's just that Edit Data shows no records. This happens even if I don't try to do any associations. If I just created a record in the flow with just the basic data, nothing shows up in the Edit Data view.

Here is the Edit Data View. There is only one record there. This record was created through a Power App not this flow I am working on.

Here is the All Active MIC Participants view. It shows all the records I created through the flow. Note that in this attempt, I didn't even try to associate the Participants with a Team because I thought that was causing the issue, but it still happened. None of these records are showing up on the Edit Data section. 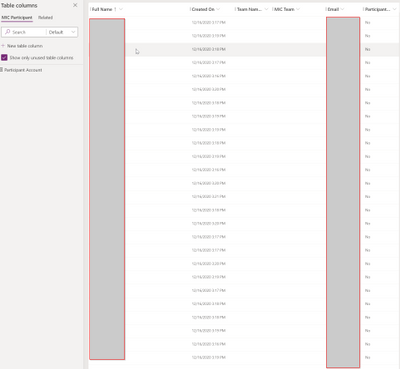 Does it really matters when you do so , if the data is showing up in Apps I would be okay with that. It could be temporary thing which is blocking your data show up in Edit mode.

It's just faster to use the Edit Data tab. I was hoping the data would eventually show up there, but it's been days. I've even deleted everything and tried it over again several times. Looks like it is some kind of weird bug.