Do Until Loop: Creating New Approval if Old Approval Rejected

What I want to do is create a do until loop that gives supervisors the ability to reject a contract multiple times.

The issue I have is that the loop only runs once. I'm assuming that the hiccup is that the loop is waiting on the old approval to be approved. Is there any way to change this so a new approval is sent to the supervisor each time the team edits a contract, allowing them to reject a contract multiple times?

Here is what I have created so far: 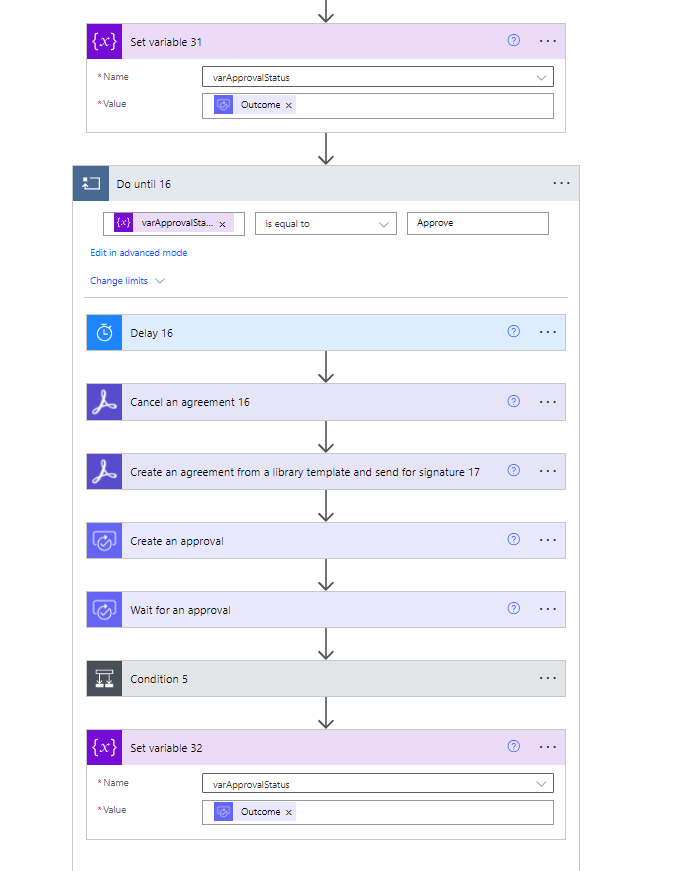 Figured it out by modifying the flow found here: https://sergeluca.wordpress.com/2018/01/21/pattern-for-implementing-state-machines-with-microsoft-fl...

Figured it out by modifying the flow found here: https://sergeluca.wordpress.com/2018/01/21/pattern-for-implementing-state-machines-with-microsoft-fl...