I have two different lists on SharePoint, which work in a "relational" model. For example:

I was trying to compose an HTML file (which would be later converted to PDF) that could have the name and phone number in the same file. However, when I try to add the phone number, the operation gets nested and it doesn't work: 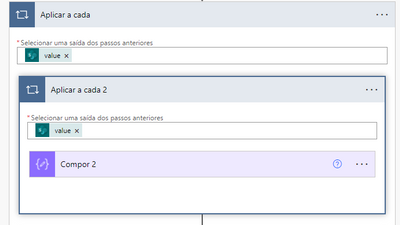 Is there any other way to relation data from different SharePoint lists in the same file?