For a project I'm working on, I have two SharePoint lists. One where rows of employee data is written to, specifically with a column named "EmployeeID" where some will start with "1234" and others will start with "01234" and "001234".

When this data is added, an email is sent to the employee with a link to a form in MS Forms - on form completion, that data is then added to a separate list. There is an action in that which copies the EmployeeID from AzureAD into these list items and we use this as an identifier to compare and link data between both lists.

If they both match, then we have an Update Item action beneath this to essentially change a status column. 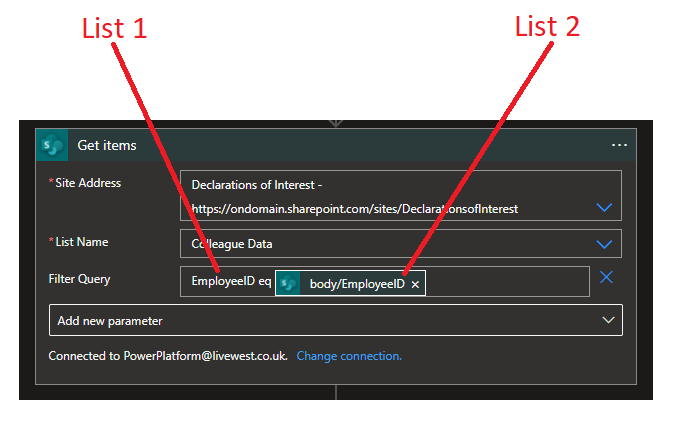 This works well for most items however for ones that start with a leading zero or multiple leading zeros then the flow fails at this point with the below error: 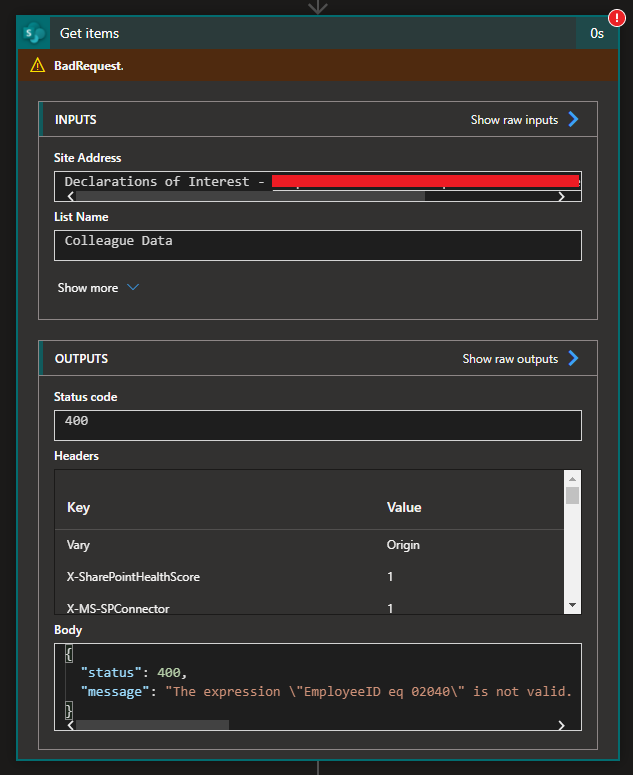 This is obviously due to the leading zeros - does SharePoint not like them? and is there a way around this to match the columns up as they need to be in there to match the data from AzureAD.

The problem we are having is that

Literally just found a solve on another post after posting this one!

I had to wrap the second EmployeeID below in single quotes '' and then it worked! 😄

Literally just found a solve on another post after posting this one!

I had to wrap the second EmployeeID below in single quotes '' and then it worked! 😄