Getting the Assigned User ID Name

I want to get the name of the person the task is assigned to. How can I do that for only the filtered tasks? This is what I currently have and it works except I get the "Assigned to Name" multiple time rather than once. 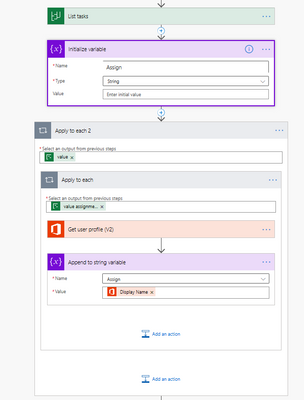 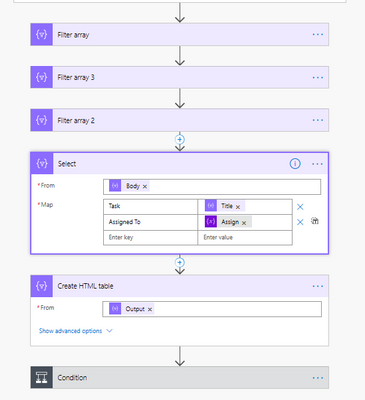 I think I'm supposed to move the Get user profile step to after the filter but I can't seem to get the Assigned to User IS from the Filter Array 2.

@CaoMJ   A Planner Task can be assigned to multiple people hence the looping. When you say, how can I do that only the filtered tasks, what do you mean? Do you want to filter tasks from all tasks based on a condition? Something like below?

Like and mark this as answer if it resolves your issue. 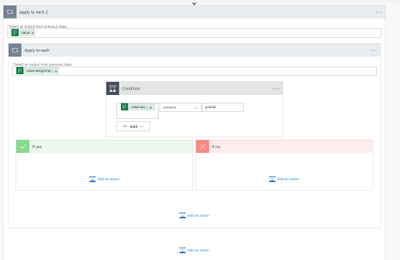 Ultimate I want a listing of overdue task & related assigned user name(s). I was able to filter out only the overdue task (yay!) When I run the test, I ended up getting.

Fake Name got repeated multiple times. How do I just get 1 "Fake Name", which is associated to the Task?

But I do other tasks completed / not yet over due assigned to that same person, so I think the loop is coming from there.