I have set up a document library called Test Library.

When I drop a file in it, a flow is fired to send an email to an approver. The approver approves or rejects and the decision is captured properly in the Approval Status column. That all works.

I now need to capture the name of the approver and the timestamp for the approval in two new columns I set up which I have named  Date Approval Status and Name of Approver.

I have tried using Update Item as below. This captures the Date Approval Status and Name of Approver so it tells me the link is being made to the document library but it doesn't seem to write into the column. What am I doing wrong?

Do you add the Etag into the Set content Approval Status action? If not, you should add the Get file metadata to extract the Etag, and then put it into the action. 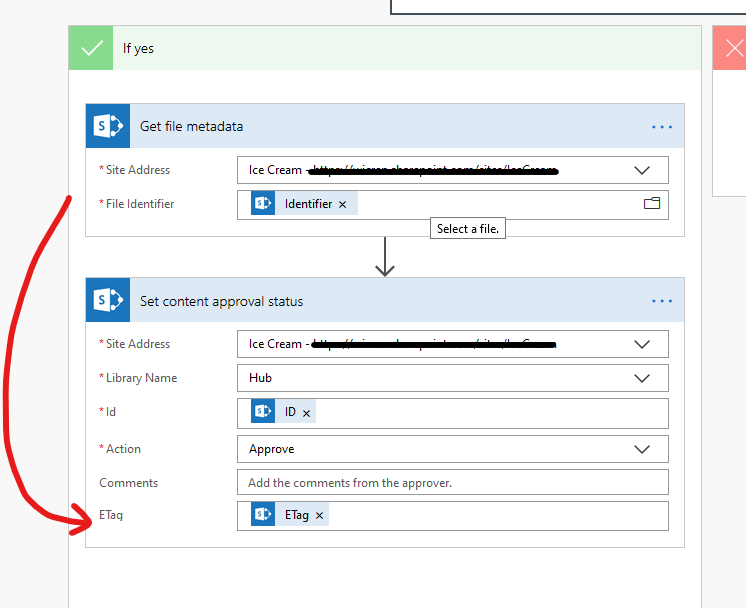 What's the error message report when you update item? It same like Name of Approver is a choice type column?

Thanks. I figured out it was all working well but the Condition was firing wrong.

Once I fixed that I could write into the column.