We have built a flow that adds lines to an excel file template (that has formulas baked into the columns) this is so the receiver can get the output they desire. However, we've found that if 2 requests are submitted around the same time as each other (within 5 minutes), that the output file sent to the end person receives the template file containing the data from the previous flow as its not had time to remove the items before the current flow has run. 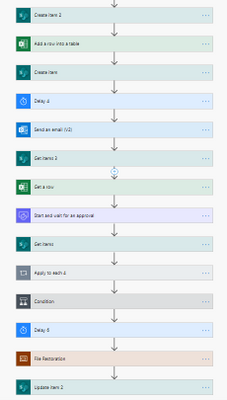 So - MS Form data is submitted, and transferred to a master data excel file, while also taking a reference and a status into a share point list. 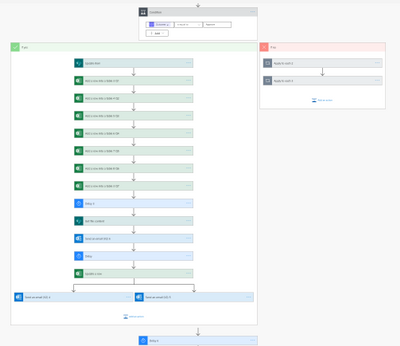 Once approved, it then goes through and take data from the master spreadsheet and adds data to a template document which is then content copied and added to an email attachment which is sent onto Payroll. 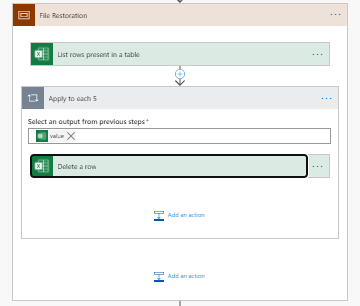 Once we've sent the file to payroll the flow goes back into the template file and deletes the rows it added so that we can use it again for the next run.

The problem I'm having is that if another flow is triggered while a previous one is still running, the content copy from the template file captures the data from the previous flow which has not yet made it to the delete row stage. It also causes the problems with both flows row deletion sections, whereby the later or previous flow might capture the data from the other flow attempt to delete it, but one of the other has already deleted it. This causes the overall flow to fail.

What I'm hoping to find out is, can anyone think of a way to separate out each run, so that it is somewhat cocooned into its only little bubble. Data is managed individually for the template file so that it doesn't get caught up with other flows running.

Did you find a solution to your issue or is the question still relevant?

Let us hear how we may be able to help you 🙂