Move File: The destination path cannot be the same as the source object itself

I've built a flow where I want to move folders containing files into a folder named "Sent" (also in the same document folder).

The flow appears to run and moves the folders and files however it errors with this message: 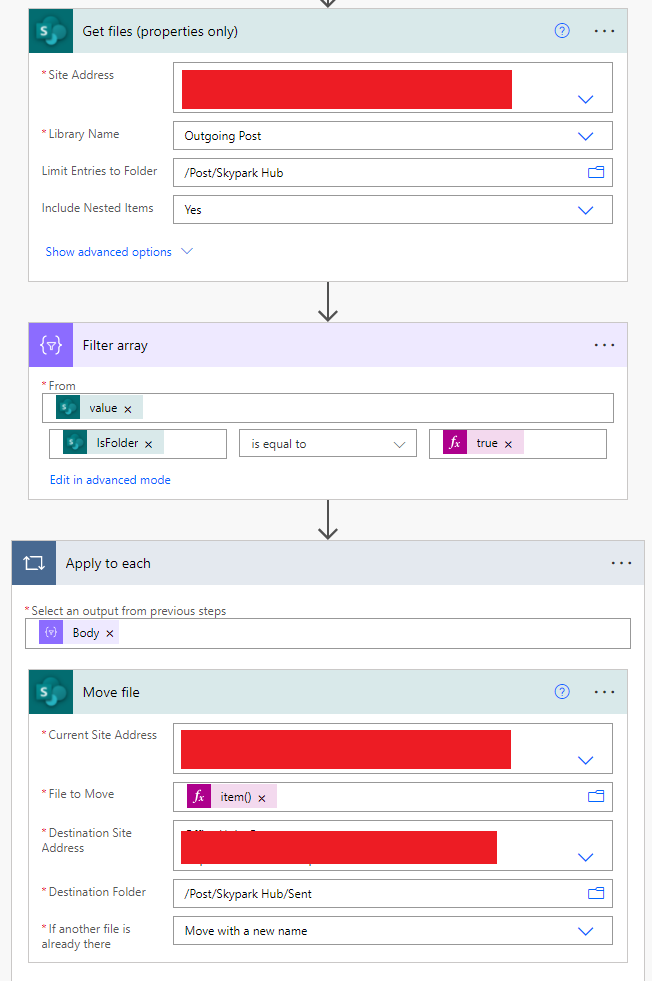 I realise the alternative is to have the "Sent" folder in the parent to the "Skypark Hub" folder however would prefer to get it working as above if possible.