Output to Google Sheets refuses to be number (Integer), always stuck as text.

I've tried several different approaches to get this flow to send output to google sheets NOT as text. No matter what I try, the flow generates the output as text before it sends even though it's definitely calculated as an integer.

I don't see how it can be anything wrong with the way the flow is set.

Here is the RAW input/output: 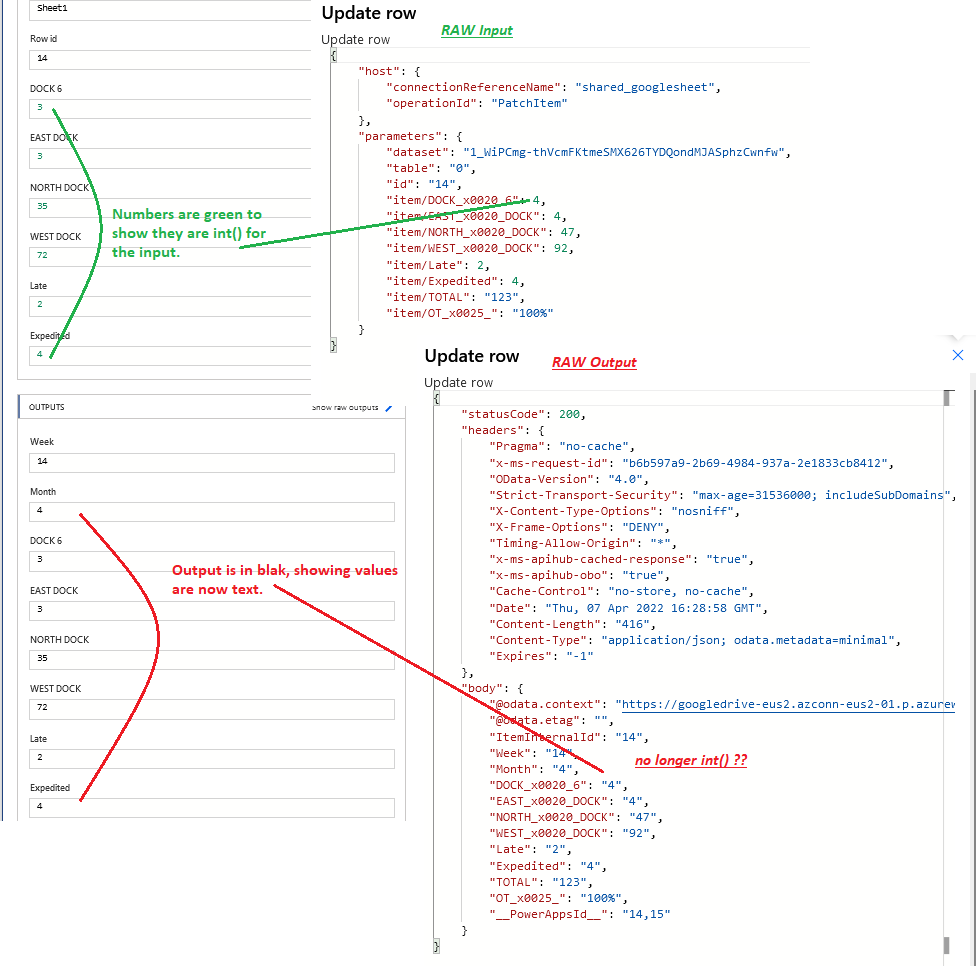 So, why is it when the output gets posted, it's back to a string inside quotation marks?

Can anyone please tell me what I'm missing here?

I think this is by design.

I think this is by design.

@Ahammad_RiyazI Tried this approach already. The output is always the same, even when the input is an integer.

@v-xiaochen-msftThank you, It's not a solution, but it is an answer. Glad I gave up on trying to get it to work! 😂

For the record in case someone else finds there way here:

Create an Apps Script in Google Sheets, with a trigger Event Type to run after any "Change." Setting this to "On Edit" did not trigger the script to run.

Here is the script I used. Just adjust the number format however you need it, and you could even break this down by the cell in case you need different formats. After adding and deploying this, as soon as PA sends the data, the script gets rid of the 'tick.' 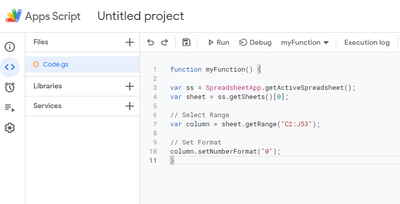