I wonder if anyone could help please? I'm attempting to parse JSON having not tried this before and encountering some difficlties.

The intention is that emails are received with individual .txt files attached containing JSON output. The JSON should be parsed and used to populate a SharePoint list.

I've got as far as setting up my flow whereby the attachment is succesfully processed from the email using 'Get Attachment', and then the attachment content is fed into the parse JSON action, and i've set up the JSON schema using a sample payload.

When I run the flow it fails at the parse JSON step:

InvalidJSON. The 'content' property of actions of type 'ParseJson' must be valid JSON. The provided value '[Long string of text here V3nfsnjfjenrngRYUYBBhbdj etc]=' cannot be parsed: 'Unexpected character encountered while parsing value: W. Path '', line 0, position 0.'.
It looks like I have to do some of process/conversion on the content of the .txt file to make it acceptable for the parse JSON action. Can anyone point me in the right direction please?
Labels:
Message 1 of 3
613 Views
0 Kudos
Reply
2 REPLIES 2

You should get file contents into string variable.

2. Set file content into the above variable (Dynamic content "Attachments" is collection, so you should use "Apply to each") 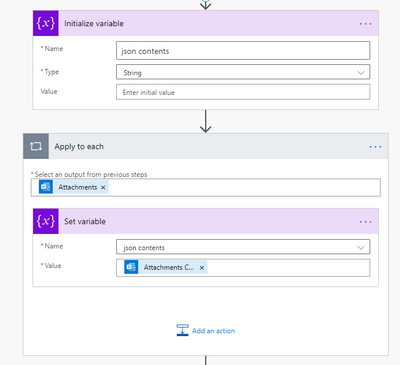 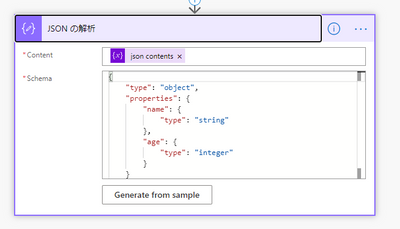 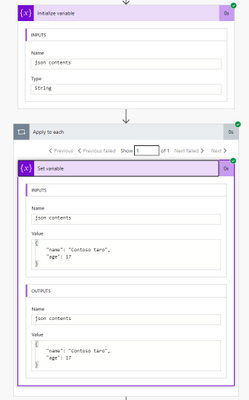 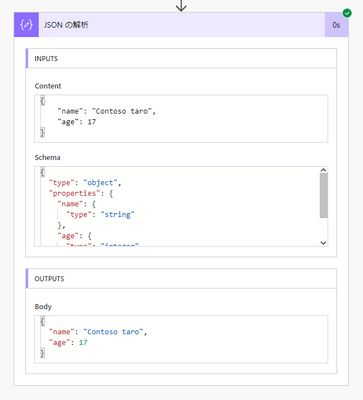 I got JSON error msg syntaxError: Unexpected token O in JSON at position 0 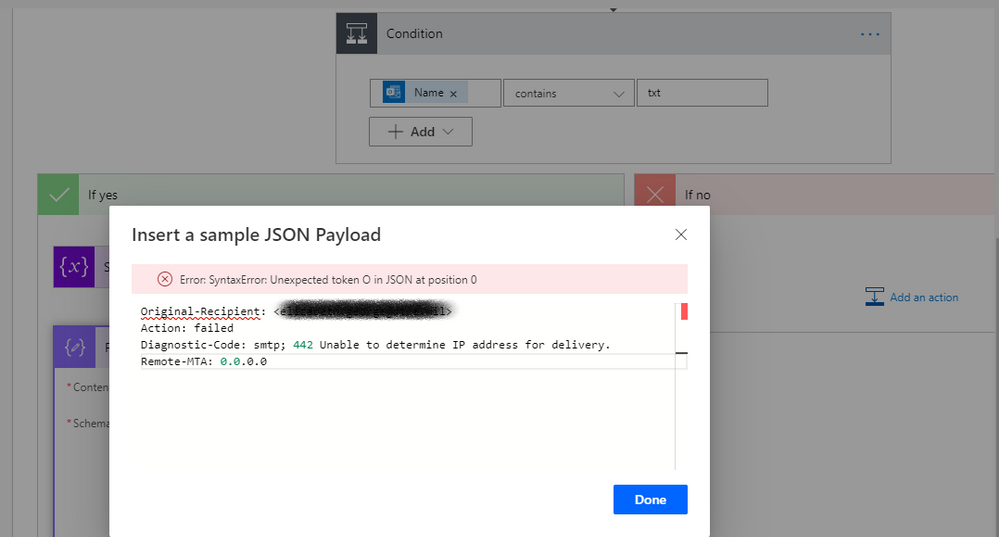 I'm struggling in extracting the failure email addresses list from the postmaster email. This list is sometimes more than 1 email in email boby and text attachment as well.

For as example: the text below is in text attachment
Original-Recipient: <email1>
Action: failed
Diagnostic-Code: smtp; 442 Unable to determine IP address for delivery.
Remote-MTA: 0.0.0.0

I would like to get each email and update my excel row table. Appreciate with any help.

Thank you very much.