I need your help to get me out.

I am using parse JSON to get info as below, and the outputs looks correct.

but in the next action, the input value becomes null, therefore I only inserted empty value to excel file.

Here is the flow. What is the problem? How to resolve it? 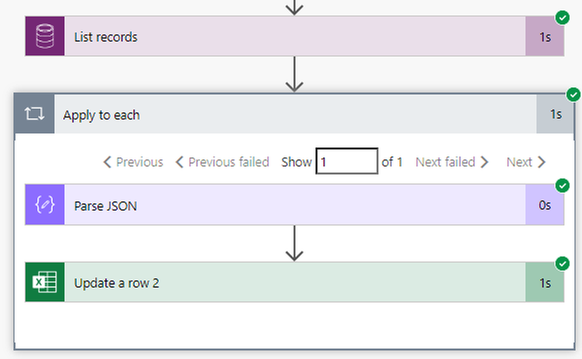 Please check if the value of this field in the original data is empty.

Then check again if the output of Parse JSON is as expected.

In addition, you can insert a Compose action in the middle to output the localeName and see if the value is null.

If the problem persists, please expand Flow run history so that we can view more details.

Thank you for your reply.

As you can see, it has value in the output of parse JSON step. And I am very sure that it has value.

If I put a plain text in the last step, it will be inserted to Excel, so last step looks also ok. Only think I doubt is how system is transferring the data between steps.

This is the first time I use community. I am not sure why I can't upload image when I replying a post, so sorry I am not able to share more info to you for the moment.

I tried Compose and Variable, but both same result. Maybe just because I am doing something wrong?

Actually I am updating a row of Excel table. I only want to update one column, but in the output, I can see all columns value. Looks like it retrieved all columns' data from that row and insert them back, since I didn't retrieve those data from preceding steps.

Strangely, I have never had a similar experience when using Parse JSON.

You can refer to the following screenshot to upload the screenshot:

Besides, you could refer to the following article to get more usage of Parse JSON action:

It is strange that with the same button, it was asking me to put a link for the picture, but now it ask me to upload.

Now you can see the screenshots. 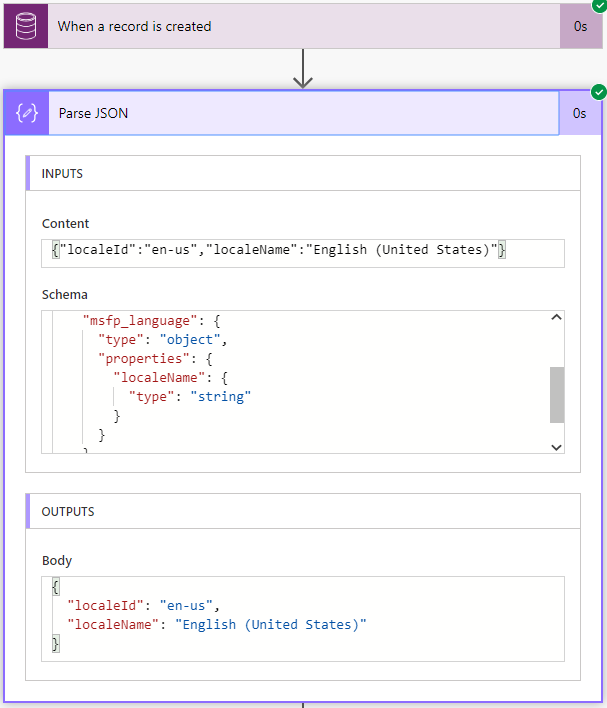 In the input part of "Update a row" action, the localeName is null, but it is existing in parse JSON.

Looks like it is not getting value from above, but actually they are sequentially, and no each loop. 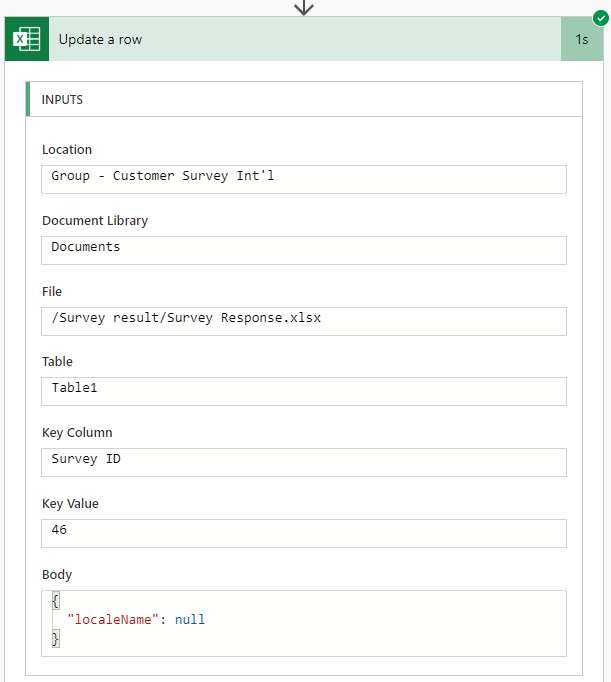 Also in the outputs of "Update a row" action, those value are not coming from preceding step.

looks like this step will read data from excel then write back?
so if this is true, then "parse JSON" step doesn't take any effect.

On the other hand, I tried to put string "Test" in "Update a row" action, then it will be captured and inserted into excel. 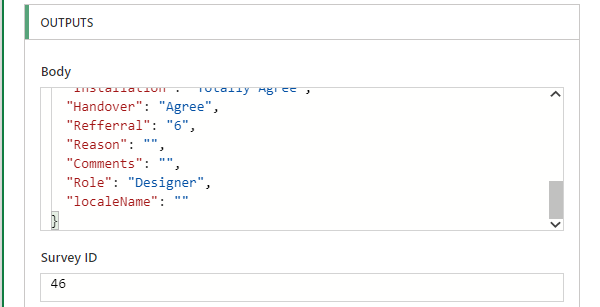 The last field to insert value, but no value.

Now it is working! Thank you so much, Barry!

I made the mistake, and the body information is misleading me. Actually I forgot that the input string of parse JSON was changed, so the JSON should also be changed, but I didn't realize that.