Run on skipped not as expected when used in "branching"

The following step is a workaround for the apparent issue 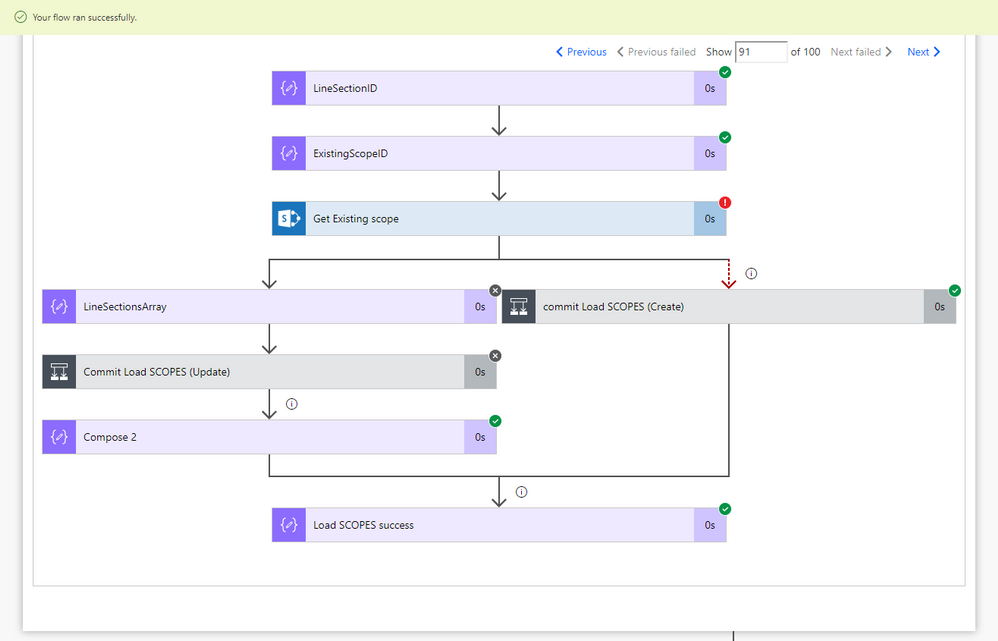 The "Load SCOPES success" step is set to run when either of the two previous step are skipped or successful. A skipped step usually have the dark grey X icon, but in this case it still interprets the other branch to fail unless I add another step at the end of that branch that has the same run on skipped or success as the step that merges the two.

Re: Run on skipped not as expected when used in "branching"

Also, note that the result of the action execution cannot be set, we can only decide if it needs to be executed.

Re: Run on skipped not as expected when used in "branching"

Not entirely sure what you mean by the "last action", you mean the last action in the branches? If that is the case, then the problem is still valid. As I tried to describe in the initial post, the workaround is having a arbitrary step that is part of the branch with the same run after as what I was trying to do with the action that runs on the outcome of both branches. I'm having trouble wrapping my head around this, I appreciate any clarification you can provide ! 😄

I set both of the steps in the run after if skipped or successful of the last step of the two branches. My interpretation then is that its looking at both of the steps outcome and if either of them are successful or skipped it should run. If any of the two branches last action give a different status than skipped or successful, it will not run, but if both are skipped it would never reach the action anyway and the last action is also not run.

A different scenario:
Branch A (action 1 fails, action 2 not run because 1 fails), will action 2 give a skipped or failed status?

Branch B (action 1 successful, action 2 succeeds), action 2 will obviously give a successful status.

I would understand if there was a kind of third exit status like "skipped due to failure" and a way that this would be indicated in the run log.