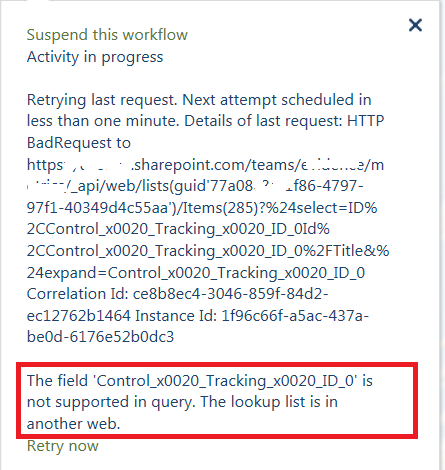 Advocate I
Kind of a goofy workaround, but I addressed this issue by using a second flow to get the value of the lookup column using the ‘When an item is created or modified’ trigger and then stored it in a separate String column I created on the list level using ‘Update Item’. I then used this column to filter Get Item in my first flow.
Message 8 of 9
4,097 Views
0 Kudos
Reply

Advocate III
In response to parmiras
I ended up using Send an HTTP request, looked at the XML and saw I just needed to add Id to the end of my column names to retrieve the values. Still despise the half baked ootb ‘solutions’ these guys provide.
Message 9 of 9
4,089 Views
0 Kudos
Reply