Due to the inability of pulling 'skills' out from Delve, I'm now trying to create a bucket of skills assigned to each member of staff, so that it would be something like:

Is the best way of me trying to achieve this, to 'initialise variable', with me then having to add one skill against a 'StaffMember' variable each time?

If it helps at all, I'm essentially trying to create an approval process, where the person with a matching skill for something is then selected.

Any help is much appreciated 🙂

Helper III
In response to BP-PT

Apologies for the delayed update on this...

I've now only just began testing this more thoroughly with there being multiple people listed, with multiple skills. As far as I've experienced, this does not appear to be functional when having multiple users listed against one skill (albeit on separate lines of the code).

With the below, the approval only goes out to one user, even when having multiple users listed as an individual under one particular area:

Would really appreciate any help on this at all.

The current solution should list all the staff members who have that skill.

Below is an example of my test.

Let me know if your tests get a different result. If so, can you share a bit more details about it? 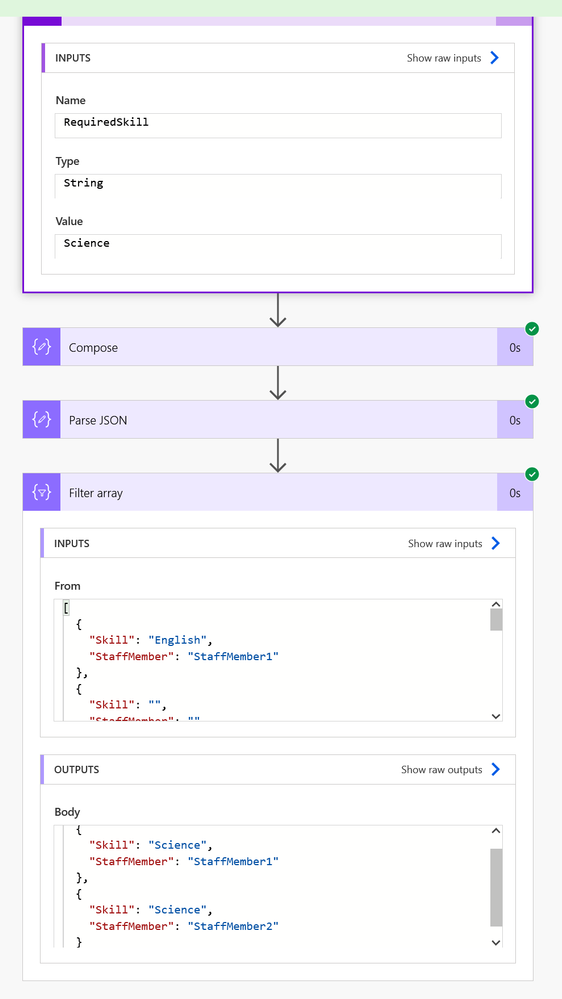 Happy to help out! 🙂
Sharing more stuff about Power Automate on my blog & Twitter
Message 23 of 26
76 Views
0 Kudos
Reply

Helper III
In response to Expiscornovus

Thank you very much for your response, much appreciated.

Please see below for some further details on how my flow is currently working - which is not working as intended (at least with regards to this element of the flow). As previously mentioned, although this flow will send out an approval request, it will not work properly when there are two or more users that are listed as having the same (required) skill... 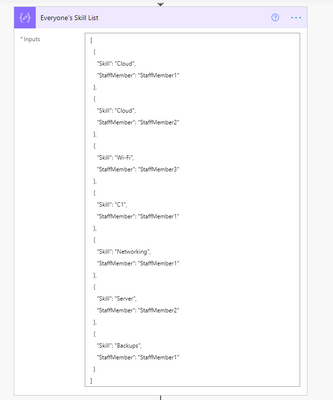 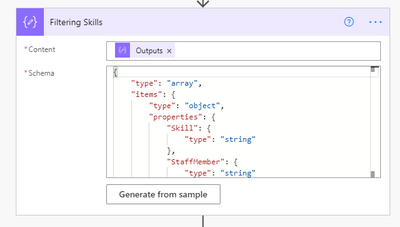 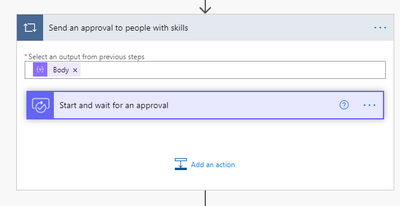 If you want to assign multiple people to one approval you could use a select and a join function to assigned the found staffmembers to the assigned to field of the approval.

Below is an example of that approach.

1. Add a Select. Use the body field of the Filter Array action in the From field. Switch to map to text mode in the Map field and item the holds the e-mail address. In my example that is:

2. Add a Start and Wait for an approval. In the assigned to field use the below expression. Don't forget to add another semi-colon character at the end. 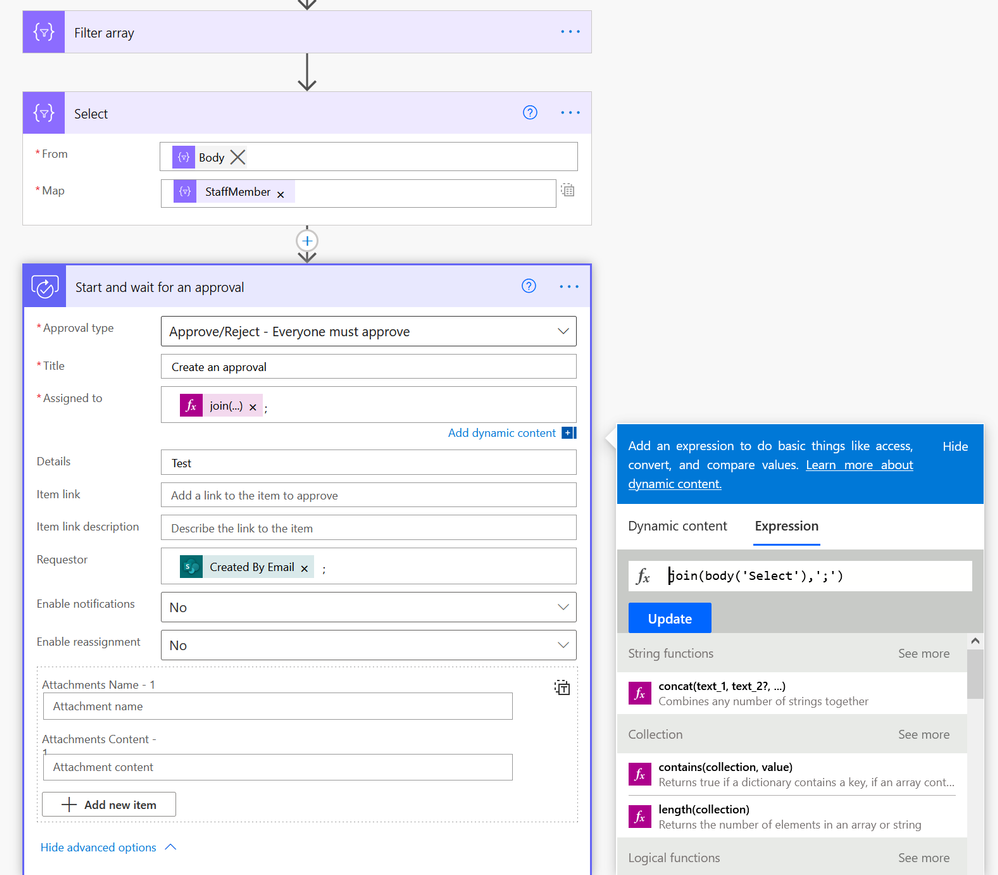 Happy to help out! 🙂
Sharing more stuff about Power Automate on my blog & Twitter
Message 25 of 26
63 Views
0 Kudos
Reply

Helper III
In response to Expiscornovus

Really appreciate your response, thank you. I'm sorry, but please would you be able to provide me with a few more specifics, as I'm a bit confused as to what you're suggesting - apologies. I've never had to do this before, so am a little unsure with it all..