I have a data set in Excel that I want to split according to multiple variables. I started off by looking at another forum post on how to split an Excel file based on single variable.

I've been using the data that the user for this post was using, just as a test set so that I can later implement the flow with my own data. I've also created my flow in the same way as the user that solved problem did. 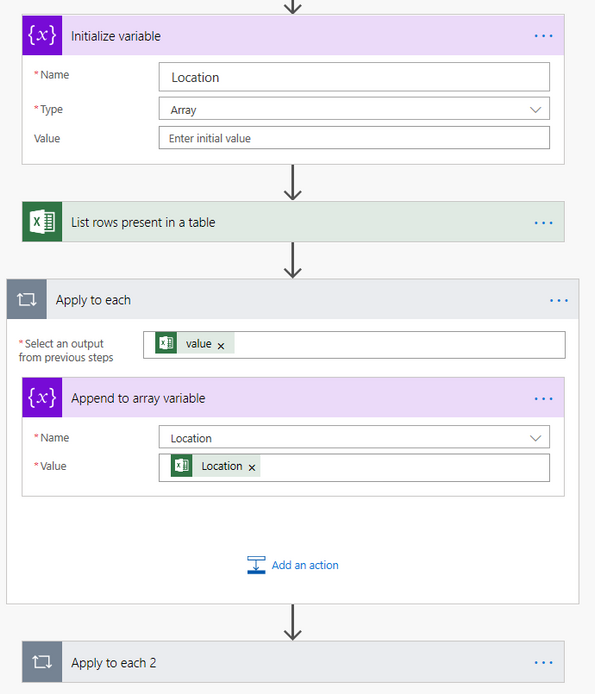 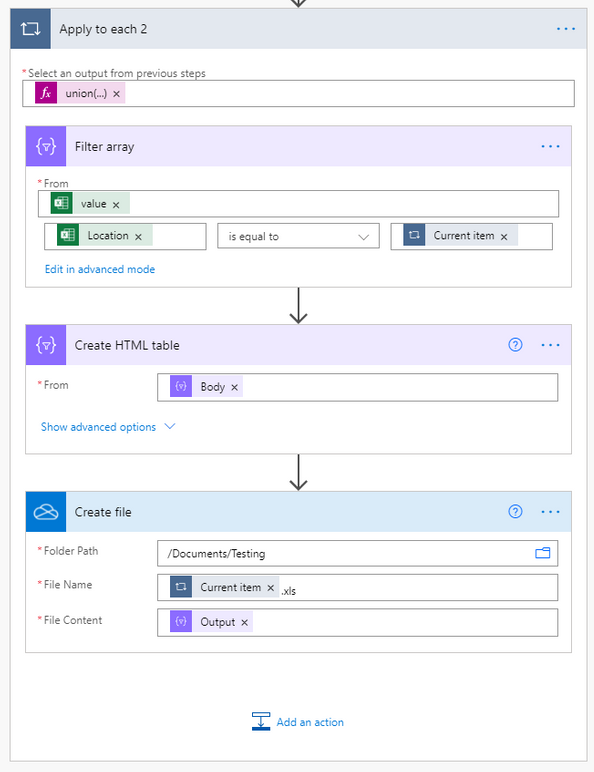 This flow is successful at separating the data into three Excel files, categorized by the "Location" value. However, I now want to separate the data according to multiple variables. Say, I would like to pull only data that contains the location "Los Angeles" and the item "Notebooks" and only extract those rows into the file "Los Angeles-Notebooks.xls". Another file would be
Los Angeles-Paperclips.xls", which would contain only Los Angeles paperclip data. Is there any way to do this? Thank you!