The second goal is to sent a text to the phone numbers (phone numbers column in spreadsheet 1) for the emails that were captured in the output.

Because of the way I have my flow setup now, when the flow runs, it tries to send the texts to the "outputs" but, obviously it doesn't work since it tries to send the text to the email address instead of the phone numbers....how can I fix this so that the texts go to the phone number instead of the email address? (phone numbers that correspond to the emails that were captured in the outputs).Is this possible? 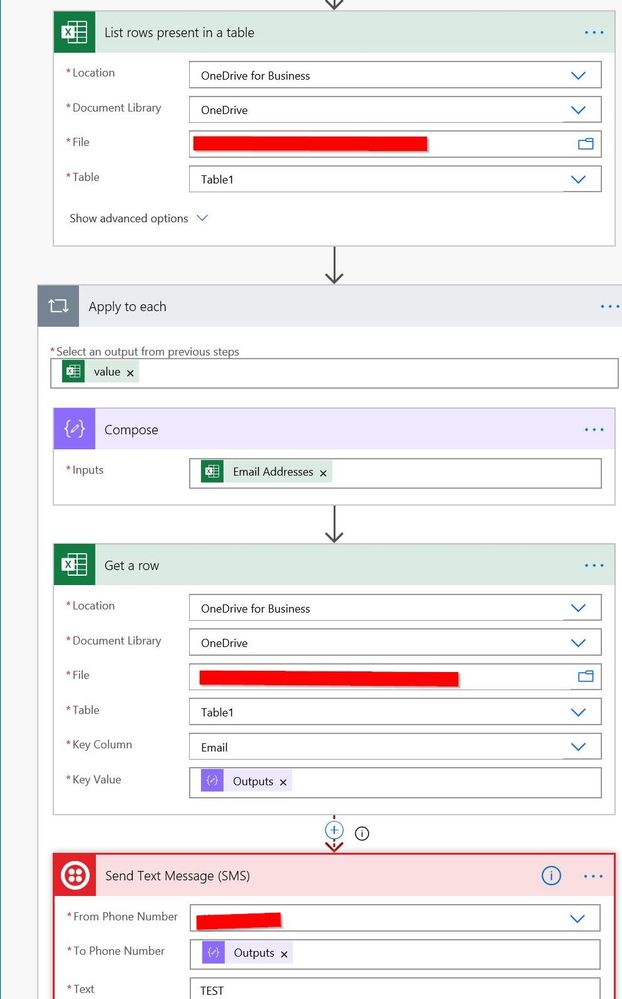 Do you mean to get the phone number contained in another table based on the email address?

Then Get a row action needs to get the phone number from Table 2.