I have used the "Run sentiment analysis on tweets and push results to a Power BI dataset"-template to analyze tweets with the hashtag #AI and #ArtificialIntelligence, following this tutorial: https://powerbi.microsoft.com/en-us/blog/push-rows-to-a-power-bi-streaming-dataset-without-writing-a...

However, my flow is acting very weird. I get something like this: 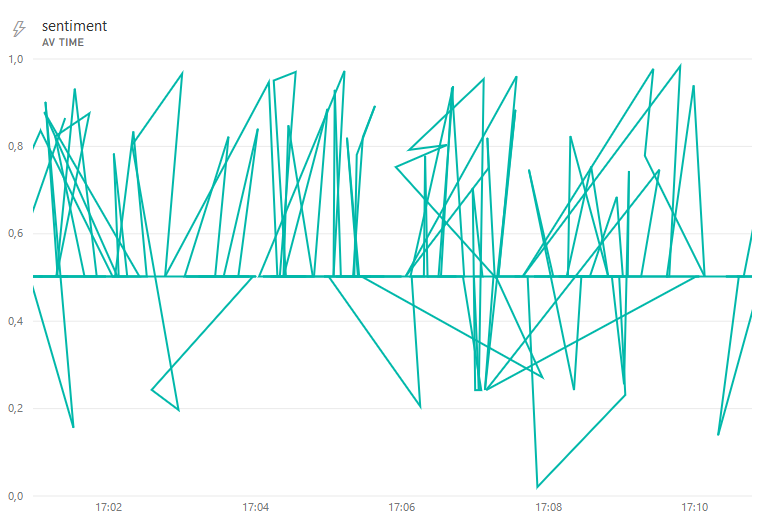 The lines looks like they go BACK in time in many places. What is going on here?

Could you please share a screenshot of your flow's configuration?

Do you monitor tweets with multiple hashtags using the "When a new tweet is posted" trigger within your flow?

Hello and thank you for your answer,

In the flow for the previous image I used two hashtags, but I created a new project with only the hashtag #AI, that resulted in a similar problem: 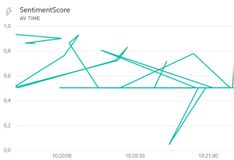 I believe however that I have identified the problem. I think that #AI produces too many tweets for the flow to handle. Here is a view of my runs:

As you can see the fourth run (counting from the top) starts before the third run, but takes 7 seconds longer. So the processing of this tweet is done after the one that comes after, even though it was posted earlier. I think this is why I get the weird line charts. Is there a way of filtering the number of tweets (so that you only get for example one tweet a second)?