Hello. I'm using the O365Users connector to look up employees in Active Directory. If an employee is NOT in AD, the response is Body: [].

I cannot figure out how to determine if "[]" is true using a Condition. 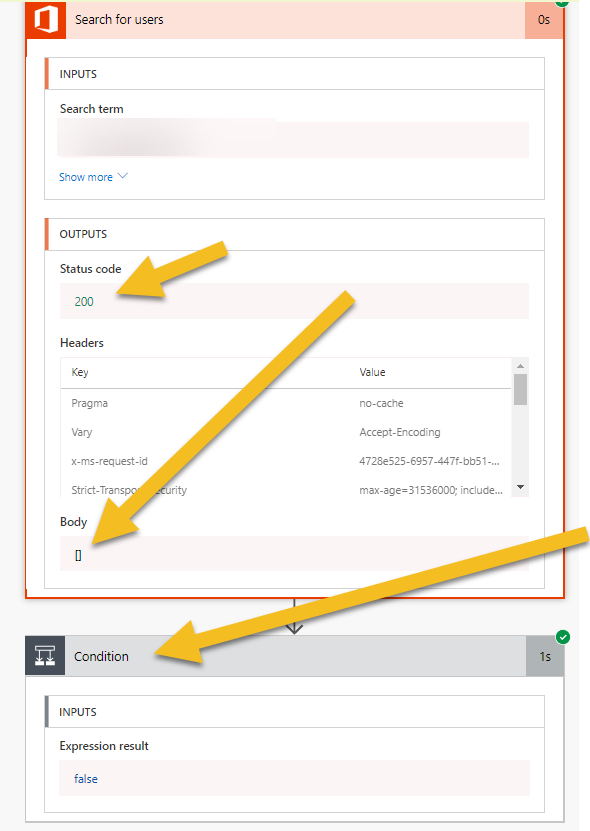 Jeez, this is crazy. Finally got this after spending MANY hours trying every variation...

Apparently taking the Body from Search_for_users and comparing it to an empty() array... 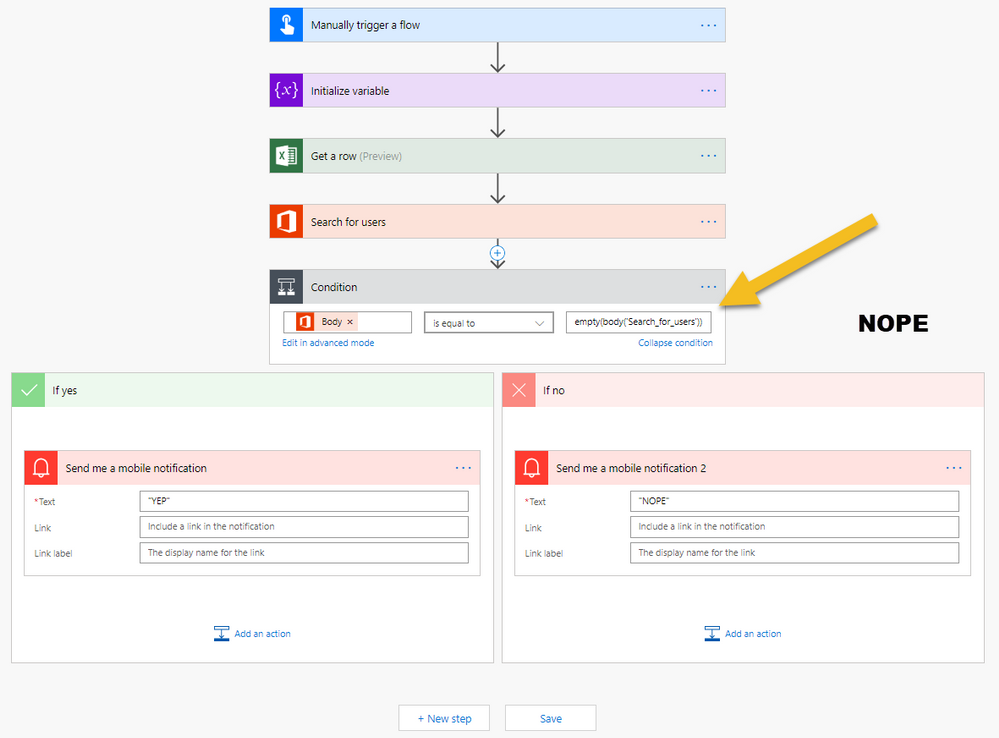 Is NOT the same as adding empty() alone... 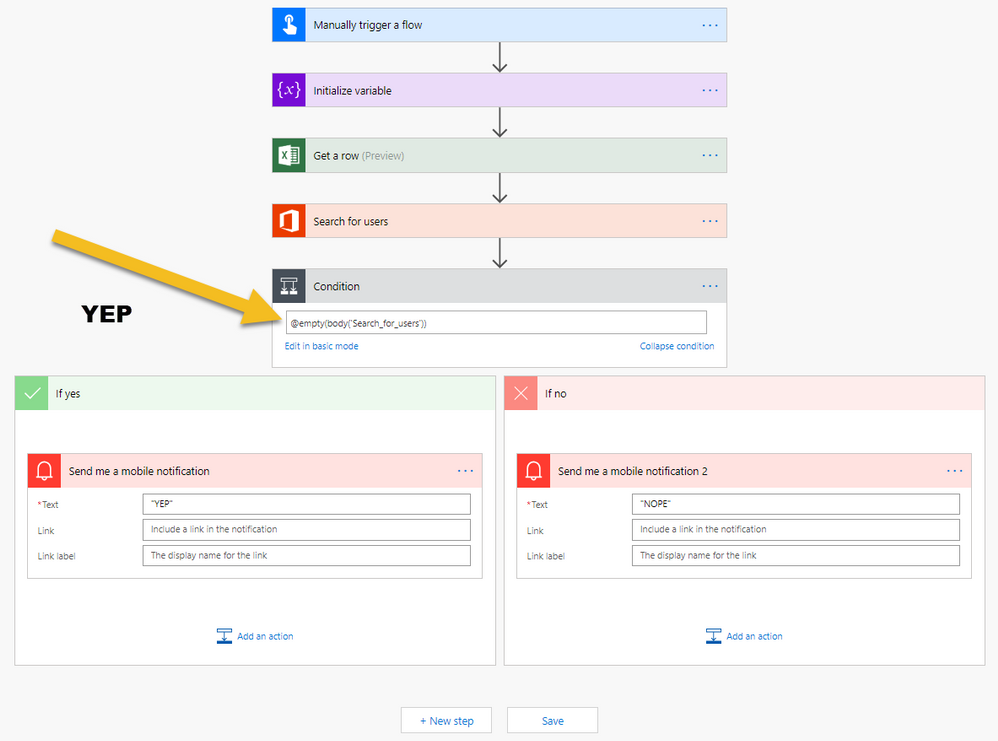 This is the type of thing that make learning Flow VERY DIFFICULT.

Jeez, this is crazy. Finally got this after spending MANY hours trying every variation...

Apparently taking the Body from Search_for_users and comparing it to an empty() array...

Is NOT the same as adding empty() alone...

This is the type of thing that make learning Flow VERY DIFFICULT.

I agree! I ran into the same problem.

I ended up convering the body array to a string and checking if the length was less or eq to 2 ([]):

Not very elegant but it works for me.

Anonymous
Not applicable
In response to ericonline

gosh I wish I found this thread earlier... think I've gone through every iteration other than that one

@RezaDorrani also showed me another method for this type of check. Might be of use to folks...

You don't need to convert to string. you can try use length(body('Search_for_users')) equal 0

Hello! And apologies for hijacking this thread slightly but I have a question on the back of it.

However I'm finding that the body for one particular flow / user is [] even though they ARE in AD. And I'm wondering if anyone knows why this might be? I can see the user has a handful of empty data fields within their AD user object (Job Title, Department etc) so my go-to thought is that they are being treated as a non-entity because one of these fields is empty, but I'm not sure if that's definitely the case, or which field if it is the case.

Thank u!, it worked perfectly.

You are correct. Your solution is even better. Thanks.

Anonymous
Not applicable
In response to ericonline

This seems like bug as workaround what I did is create another variable as empty array used that to compare with out value which in our case is body i believe.

I know this is an old issue, but I write this down anyway for people new to this subject.

This issue has nothing to do with Flow really and it isn't a bug. The logic you try to apply is incorrect and Flows is correct. The Condition action should have a Boolean (true or false) as input. The function empty(variable x) returns 'true' when variable x is empty or 'false' if it is not empty. In your example you want to check if 'Search_for_users' is empty, but you don’t. You check if the value of ‘Search_for_users’ is equal to the return value of the empty(variable x) function.

So your condition should be: empty(‘Search_for_users’) is equal to true.