Unable to Format Link in a Table

I'm trying to retreive multiple items from a SharePoint list and send them as a table in an Email, one of the fields needs to be the link back the the list item. I have set Is HTML property of the Send an Email action to True and tried to wrap the value in an HREF tag, but it's not working. Can someone tell me what I might be doing wrong or suggest an alternative approach? 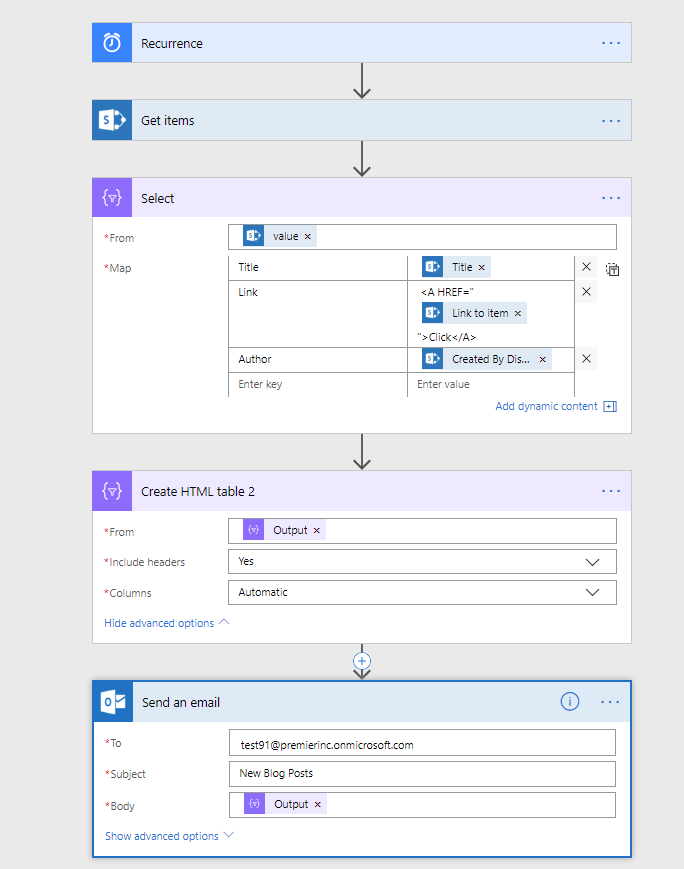 Kudo Commander
In response to Pieter_Veenstra

Thanks, that article was very helpful.

Any idea why the Create Table Action does not parse HTML?

It would seem that this common scenario should be easier to implement. A typical business user should not have to hand code html .

Responsive Resident
In response to DLGross

There's an older post on this forum that talks about how HTML tables encode Values (and I say the word 'Value' in context of the HTML Table's two custom columns: (1) Header and (2) Value).

So what ends up happening is that they take the text in the Value field and convert the characters that may have HTML carryover and encode those characters. For example, quote becomes "&quot;" (without the quote-symbols), greater than (">") becomes "&gt;", less than ("<") becomes "&lt;", and strangely enough... ampersand becomes ("&amp;"). As you can see, the pattern for these encoding is [ampersand][code][semicolon]. If you want to see what I'm talking about, create a variable and set the value to your HTML table--then you can see what your actual HTML table looks like.

The workaround is to Compose your HTML table and replace the encoded values with their true values. Doing this has potential for consequences (mentioned above); but if you don't anticipate receiving values in brackets or quotes, then this workaround should work fine.

You can see some great examples of this in the link I referenced above provided by @DougL .