I created a new flow that does some string manipulation from RSS entries. And I am getting a very strange behavior.

I want to split a string into an array with the carriage return '\n' as a separator.

I expect the following output:

I did some testing and it should works fine. On the screenshot below you find: 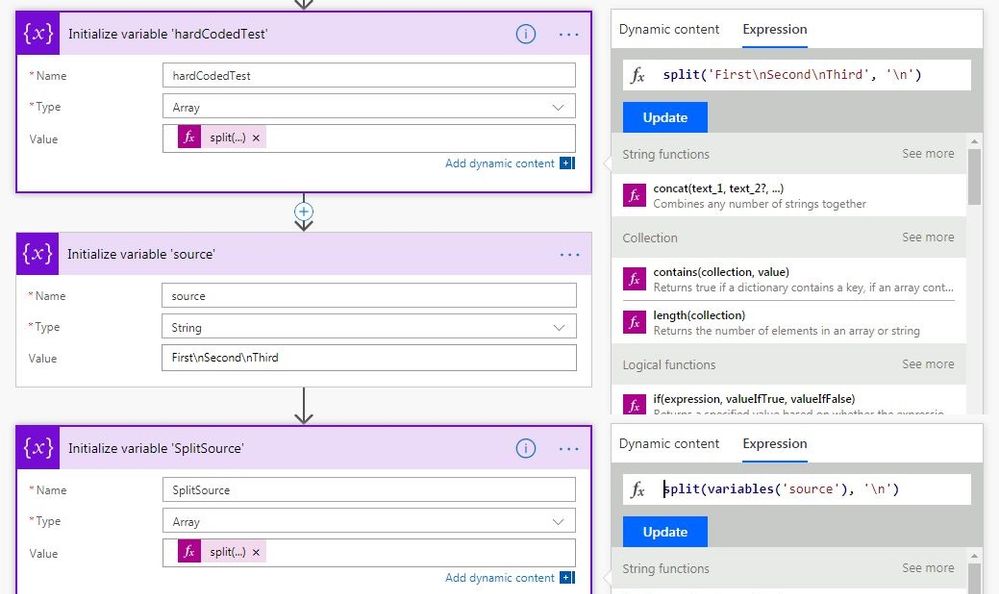 Both versions are working.

The string I will be receiving will be like this:

So I hardcoded this string in a variable and build the logic with it. It works fine. 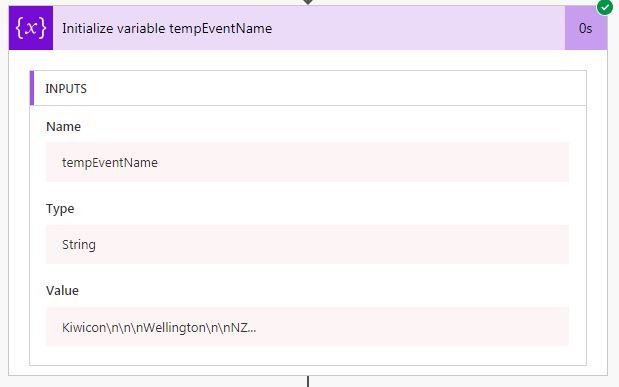 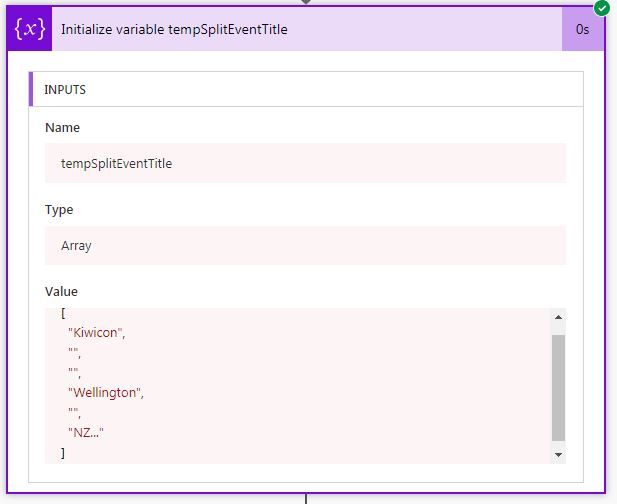 Now I initialize this variable with the proper value instead of hardcoding it. This value comes from an RSS file. It is the 'title' value here below: 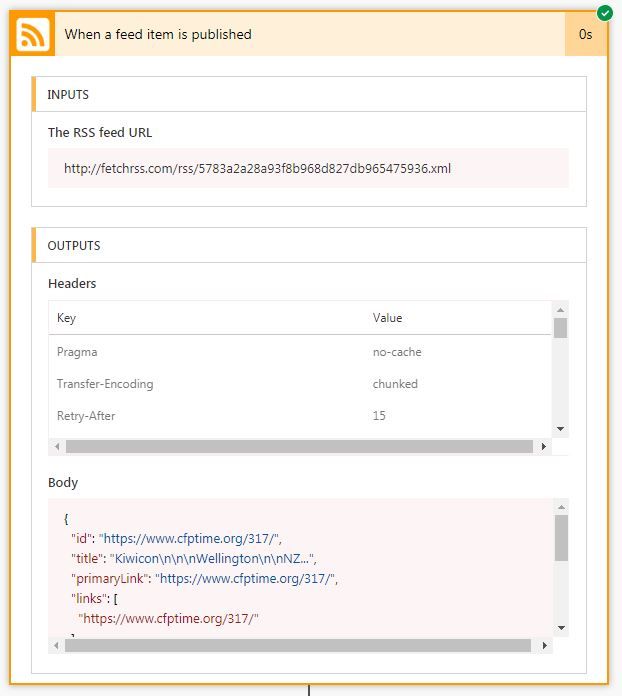 Instead of the "Kiwicon\n\n\nWellington\n\nNZ..." I expected, the carriage returns '\n' seem to be interpreted. The output is: 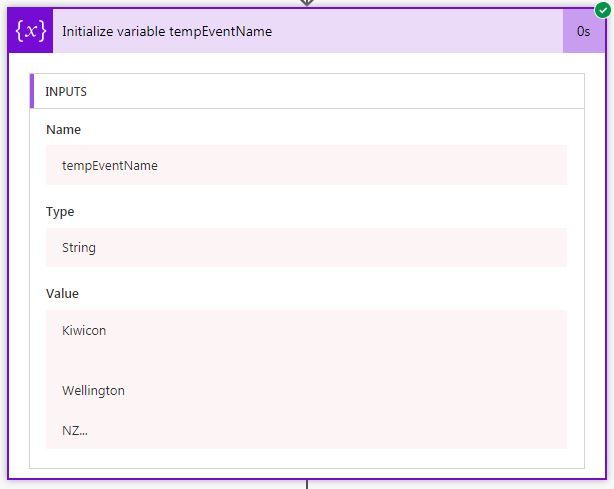 This in turns seems to mess up the splitting: 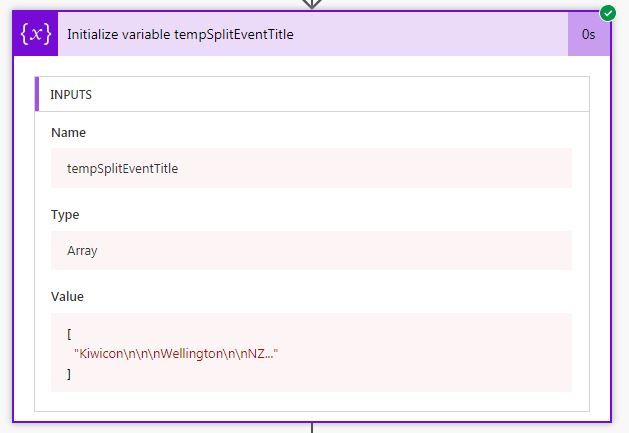 As you can see, the split didn't happen. And I cannot explain why. Any idea?

This topic had been wrongly flagged as a spam. While it was locked and hidden, I duplicated the topic: https://powerusers.microsoft.com/t5/Building-Flows/Strange-behavior-with-string-manipulation-and-n-l.... Thus this topic can be closed.

This topic had been wrongly flagged as a spam. While it was locked and hidden, I duplicated the topic: https://powerusers.microsoft.com/t5/Building-Flows/Strange-behavior-with-string-manipulation-and-n-l.... Thus this topic can be closed.