I am currently working on a flow that retrieves users from sitegroups. Firstly, I used a HTTP request to get the sitegroups, used Parse JSON on that output and used the Title output to create a variable. Photo 1 shows the overall flow. 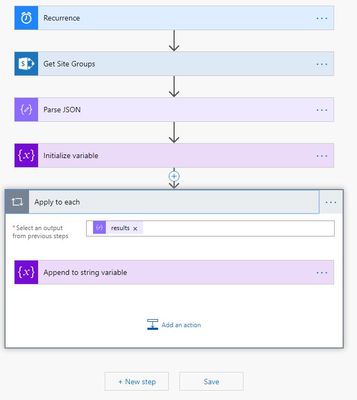 Since there are 4 site groups in this test site, these 4 variables are extracted.

Now if I would insert a HTTP request in the apply to each using the Group name as a variable with URI: _api/web/getgroups/getbyname('VarGroupName')/users, I will get the following results.

This photo shows the third result of above mentioned output 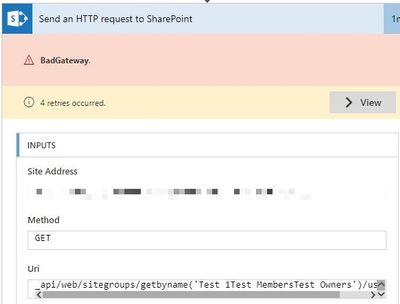 Now I know this is due to the Append to string variable input, but does anyone know how I can make sure that one of each of these variables is used.

Wow, I've tried that before, but it didn't work and now suddenly it works?

I works when I apply this to my test site (with 4 site groups), but when I try to replicate this flow to my actual site (100 site groups) it struggles. Any idea how I can still retrieve this big amount of data? 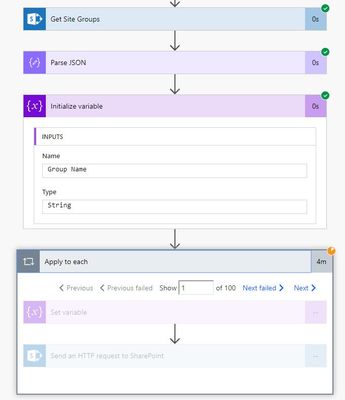 When you say it's struggling, is it purely the amount of time it takes to run? What you could try is setting the concurrency on the loop so that it's tackling multiple items in one go. If you click on the ellipsis in the top right of the "Apply to each" and click Settings you'll see an option called concurrency. Flick the toggle, and then you have have up to 50 parallel runs.

That may help you to reduce the run time of your Flow.

Thanks! That solved one of the issues!

Now the weird part is that it doesn't recognize any variables, whilst it is the exact same flow as the test site flow. 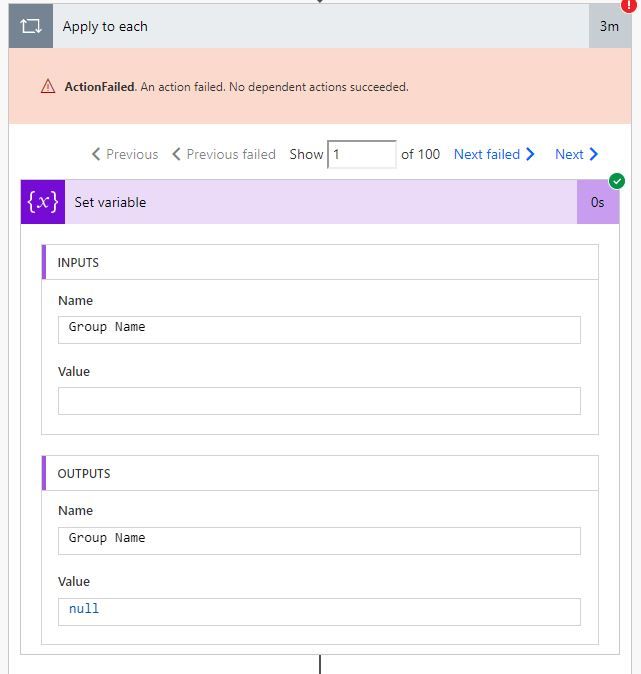 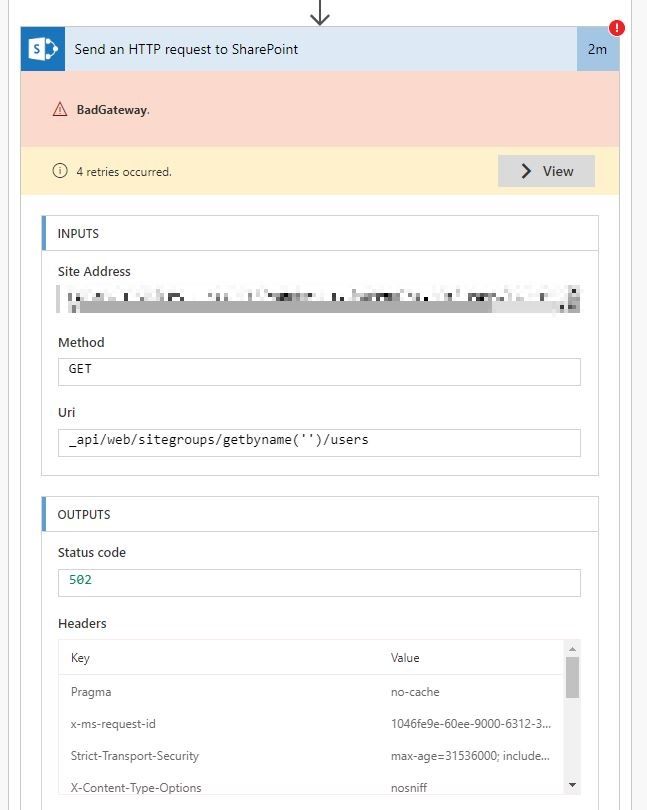 Tried to duplicate it again and now it works. Thanks for your help, you're a life saver!

Haha the Force is with us 🙂 Have a good day