"configure run after" setting seems to be ignored in parallel action

I have a flow which attempts to create a record in Salesforce. Salesforce has some validation to check for duplicates and will reject attempts to create records that are duplicates. I wanted to keep track of which ones were rejected and which ones were successfully created by saving the emails in an array varable. Below is what I have currently setup: 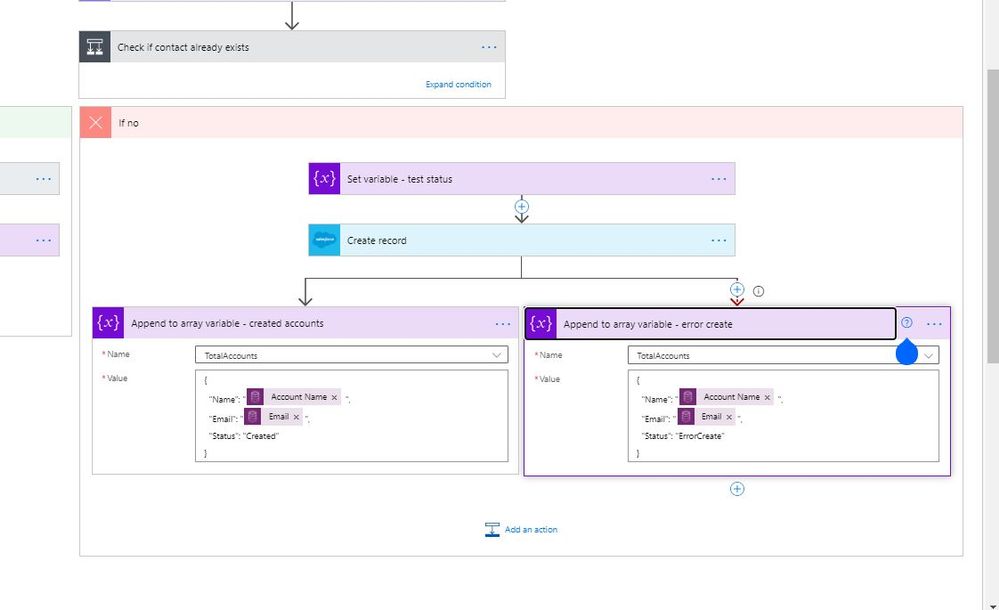 After the attempt to create record, it should go to the left if successful and right if not. In the Append to array variable actions I have setup the "run after" settings to the following: 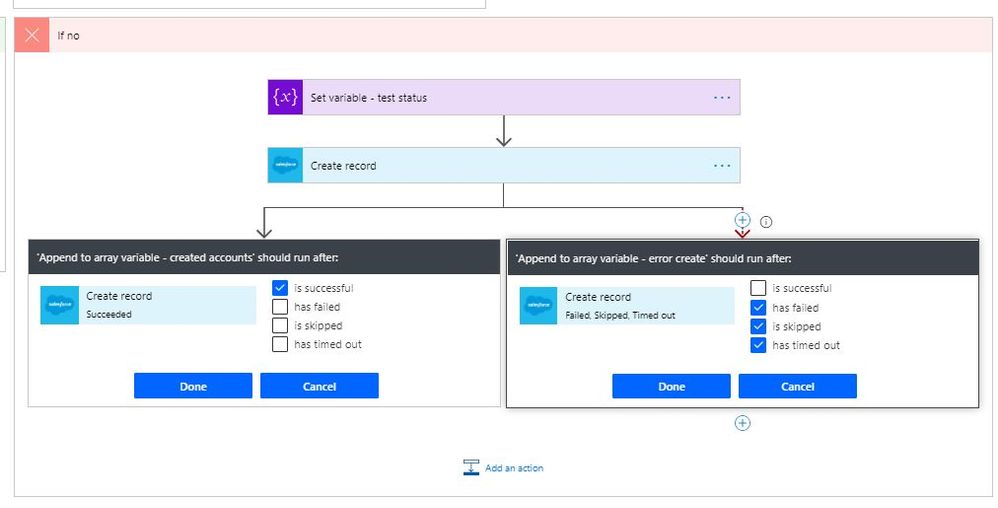 When I tested the flow, I got an error message which indicates:

Based on the screenshot, Left Side actions will only be executed if the Salesforce action succeeds. In this case, it did succeed so the left portion was executed. The message is saying that right side action is skipped since it did not meet the condition of execution. This is expected behavior,

Thanks for your help. I realized there was something I forgot to mention. I'm looping through a bunch of accounts from Dynamics CRM and trying to insert each one to Salesforce. The screenshot above only shows the inserting to Salesforce part. But this is within the loop.

As Salesforce has some logic that rejects duplicate accounts, after the loop completes, I want to be able to identify which one was created successfully and which one is rejected. There is some code after and outside the loop which parses the JSON file and generates an email of which ones were created and which ones were rejected.

What currently ends up happening is that when I see this error, it stops the loop. So it doesn't send the email to me. I don't want the loop to stop, I want it to continue for all the accounts.

Here's the entire flow. The part that I initially showed is in the "Apply to each record from CRM" loop. 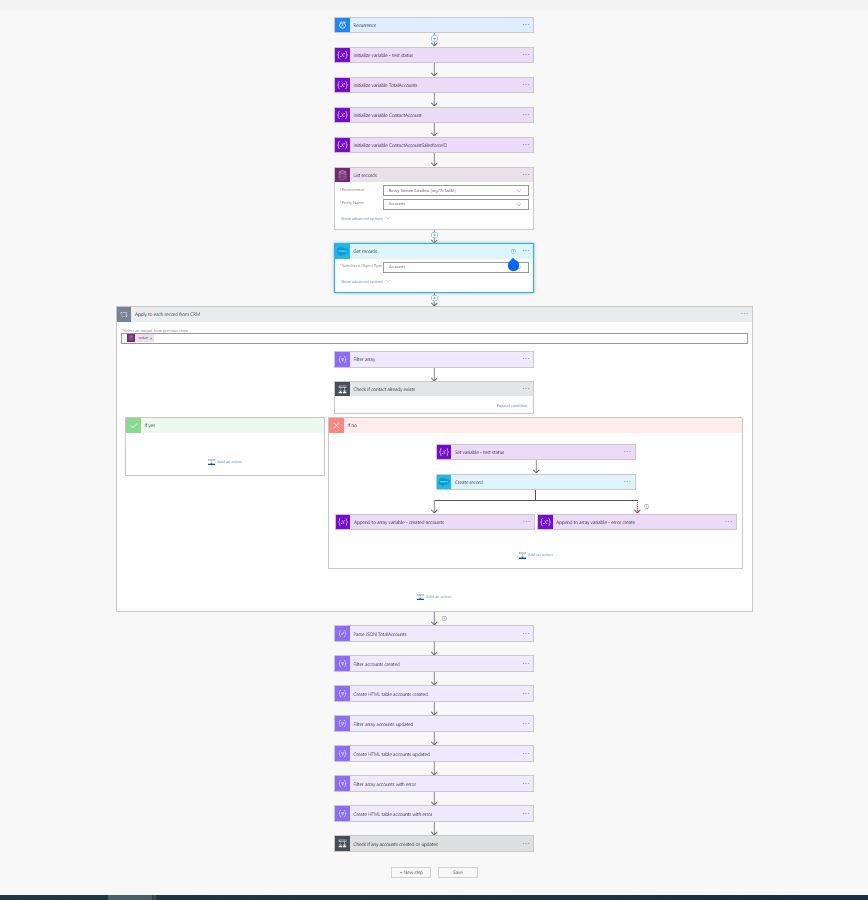