A quick question, I'm hoping someone could answer or give some guidance on.

It has been built this way to minimise the complexity of having separate PowerApps per form.

When I'm editing the App, it can take about 20-30 seconds to load due to having approximately 19 screens - Home screen, 9 form gallery screens and 9 form screens - however it doesn't take that long to actually load the actual app.

I've seen some people have one app for the home screen and then separate apps for each form - which could obviously reduce performance risks.

One of the features that I intend to build into the App however is the ability to 'go offline' and sync the forms and their data down into a collection for when our field workers are working in places with no WiFi or 4G data.

1. So the question is, would it be silly to do this with an app containing all the forms?

2. If each form were in a separate app and loaded from the below home screen, would the end user have to sync each form separately for offline use? *I can see this being more of an annoyance due to us having a large majority of non-IT savy users. 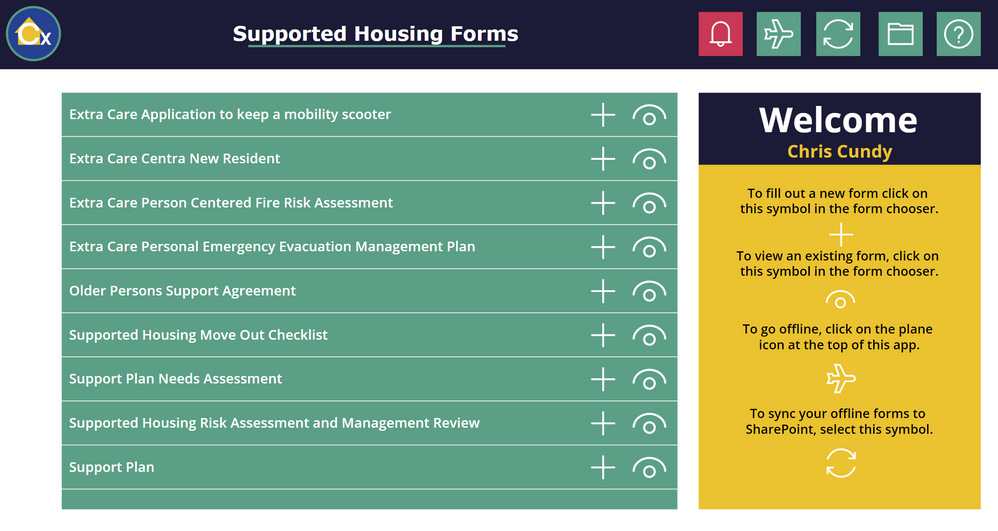