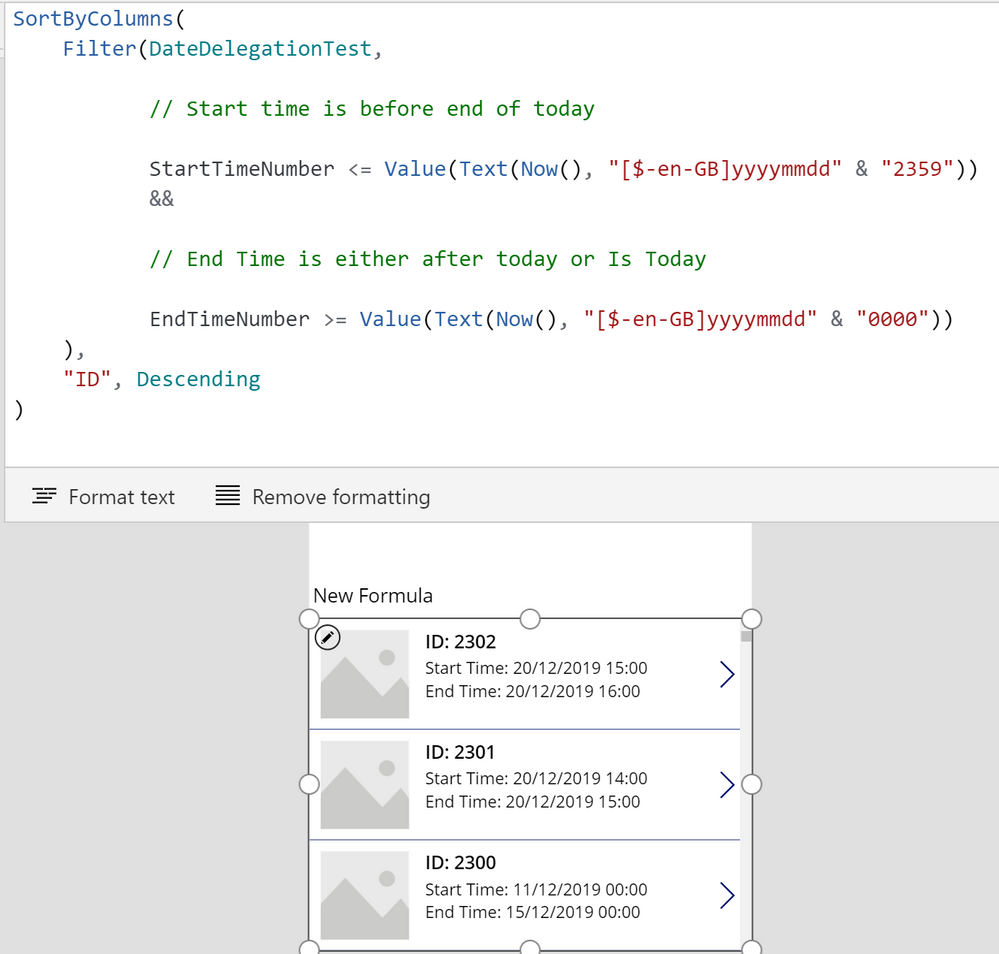 @kamikaze4416 - if your '1. Created' list gets larger than 2000 items, it will stop producing any new results via your formula as the Set() function will stop collecting/storing at 2000 items - You can follow the delegation steps I mentioned above to create new columns and then use Power Automate to fill those columns with values extracted from your rows - that will cover any existing data, then you will need to make sure that your App uses the dateTime to number conversion and stores those values so that you can filter without issue.