I have a custom API that does GET, POST, PUT and DELETE actions on a single type of items.

This question / bug report is about the PUT function.

I registered the custom connector and it shows the PUT function correctly as in the below screenshot. 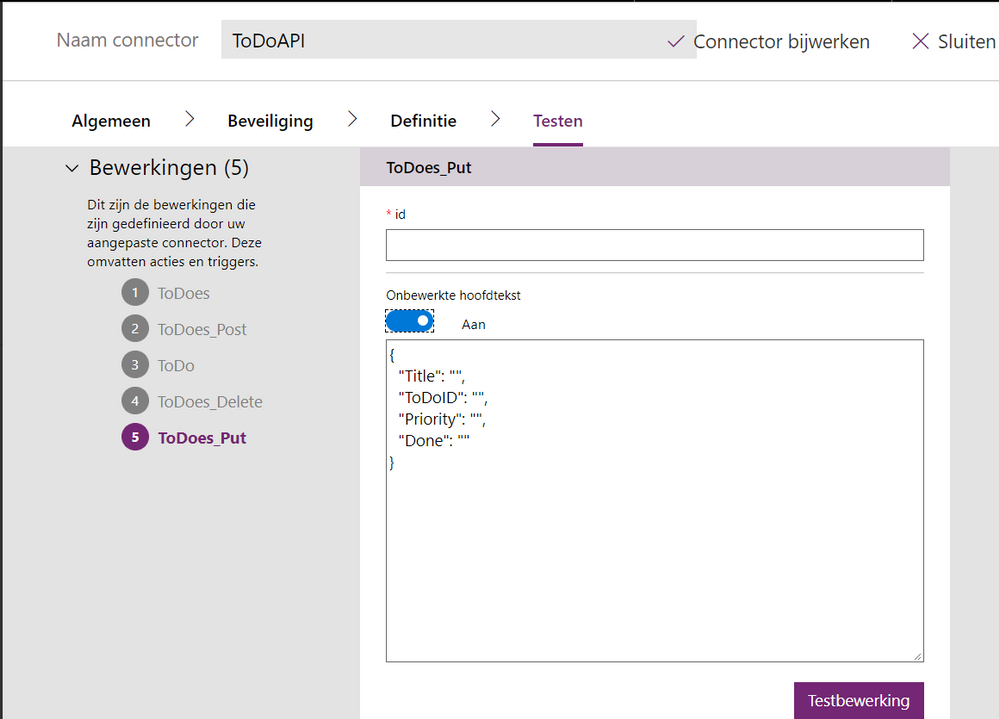 As the screenshot shows there are two parameters:

If I try to use this function inside PowerApps, it shows me a different signature, as the next three pictures will show.

After I add the requested Title as in screenshot 3, it becomes clear that a third parameter is expected which is a record.

Screenshot 3: a Record is expected as a third parameter:

The expected contents of the record are shown between the curly braces, as below:

My question: why is the "Title" property not inside the curly braces?

Can I call it a bug? O a design problem? It does not seem consistent.

This PowerApp works though !

I can update the "Title", if I complete the formula as below (screenshot 4).

If you want to reproduce the shown symptoms, see the details below:

The API is here:

It's public at the moment.

It's swagger file is at:

I replied your issue in another thread:

I replied your issue in another thread: