This is a big BUG in PowerApps, which almost gave me heart attack.

I was developing all morning on the web client, saving as I go. After lunch, I come back to open PowerApps and it loads an old version and I freak out thinking that all the progress I made was lost. After some time trying to figure out what has happened I realize that the version which loaded in Web Editor is the version which is published and not the latest version of PowerApps which I am still developing.

However, in the versions menu I cannot click restore to the latest version (which is 129, and I know it is the correct version since the date it says is saved was when I made the last save). click to Restore on version 128, it creates version 130, I go back in the Web Editor to the app and thank god it is the version which I was developing today and is missing just few modifications which I made between version 128 and 129. I go back to the version control and click to restore 129 and it creates the version 131. I go to check in the editor and it is the latest version and all my modifications are there.

In the end, everything is good but that caused a moment of terror for me as I thought I lost everything. Some people might not notice this and lose a lot of progress.

What I think happened:

I cannot recreate this issue but I think PA team should be on a look out as this one seems to be serious.

Advocate III
As a side note, between Desktop Studio and Web Studio and the various 'UIs', I find it somewhat confusing as to just what version you are opening.
DatabaseMX ('mx')
Microsoft Access MVP
Message 2 of 8
743 Views
0 Kudos
Reply

The same thing happened to me, huge bug

Advocate II
In response to ShanP

It's not letting me restore the version that I want. When I restore it, it's rolling back to an even older version. I just lost a full day's progress..

As long as you made sure that you have saved your apps after editing: 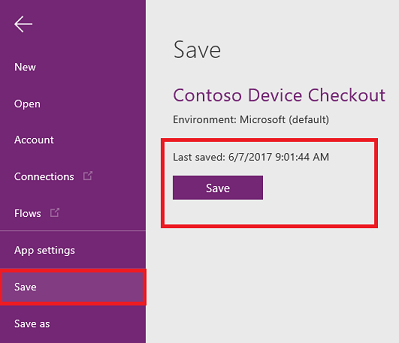 This should automatically publish the changes for yourself and anyone else who has permissions to edit the app. Users who only have the "Can use" permission will only see the changes after you publish them: 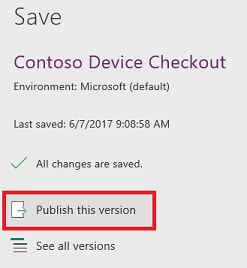 Even though I cannot reproduce your issue, I will try to report your issue to the pg. I will notice here if they got further information.

Sorry for the inconvenience.

Today I got the same bug and it is very frustrating.

I have this app I have not touched since October 12th when I published it.

On October 20th, I opened it up in Web Editor and started to do some modifications, did them and saved.

On October 23rd, I opened it again did my modifications and saved.

Today I opened the App and right away started doing modification to some other screens, after finishing I saved. After, I go to test and realize that all modifications made on October 20th or October 23rd are NOT there. Right away I realize that this bug happened again.

What happened is that the Web Editor loaded the published version of the app to edit not the latest saved!

Here is a screenshot to understand what happened:

Here is my painting to explain what happened: 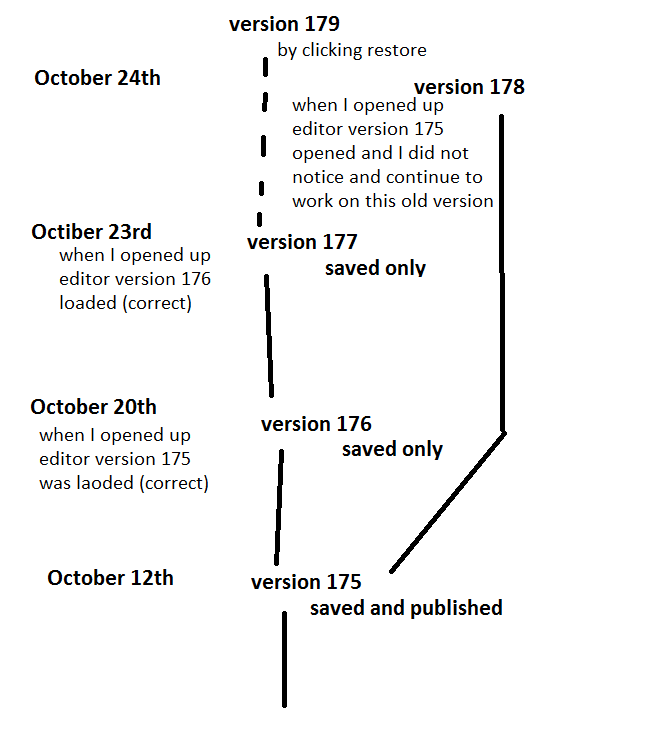 I am not able to reproduce this bug but I think that it is major major bug that need PA engineers looking at this.

Yes I have experienced this BUG several times. Fortunately, I have caught it immediately.

It seems VERY confusing as to what is the best 'entry point' for apps you are working on ....

So let me emphasize that there IS a bug here somewhere, but difficult to reproduce consistently 😞

Hello - is this issue resolved?  I am experiencing this problem as well and cannot seem to get the latest rev or a previous rev back into the editor.  I wasted about four hours worth of work using this app thinking I can get some business process working faster.

Please join us on Wednesday, October 20th, at 8a PDT. Come and learn from our amazing speakers!