I was just trying the updated Share function in PowerApps. When sharing an app that has connections to SharePoint, the interface shows which lists are used and hyperlinks them so you can easily get to those lists and set permissions. However, it uses the Display Name of the list to make the link. If you (like me) create lists without spaces (or other special characters) in the name, then rename the lists, these links will not work. See image below for an example. For years, I've been adamant about creating lists and columns with "clean" internal names (letters and numbers, no spaces or any other characters) because I know when those characters get encoded, it can be a pain to reference the column from other apps (InfoPath, SharePoint Designer workflows, PowerApps, Flow, etc.) 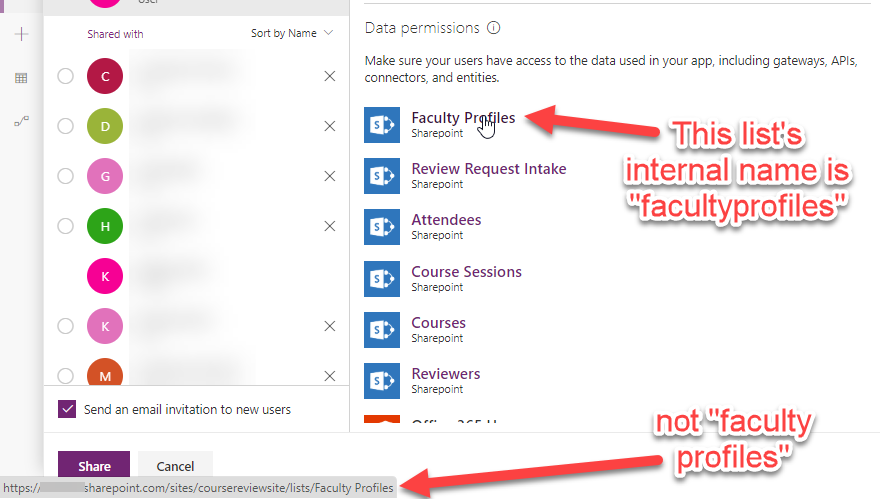 I think this might be related to the new released feature?

A few months ago we introduced an Experimental feature to use display names instead of logical names in formulas.  I am pleased to announce that this feature is now in Preview and is on by default when creating new apps.  You can also turn it on for existing apps in the File menu, App settings, Advanced settings, Use column display names (if it doesn’t take immediate effect, refresh your data sources).  It is still listed under Experimental but will be moving up to its rightful place in the Preview section shortly.