I am extremely concerned right now. A new update was just pushed to the editor, and 100% of my apps are loading with all the controls messed up.

The controls are being loaded before the screen resolution is set. The default screen resolution for portrait is 1136 x 640, and my screens have custom resolutions of 1526 x 780. My controls that have a height of 1526 are being set to the PowerApps default, and when I open the editor it is set to 1136, even though when I click on width it still shows 1526. I have been building a mobile app for over a year now and it has about 25 screens. On every single screen all my controls are messed up now. Its literally impossible to edit anything. This issue just started today!!!! please undo or fix this issue. If I can set a custom app level resolution for portrait (even though it lets you for landscape) this issue might be solved.

I am super worried right now. I can't be the only person who decided 1136 x 640 is not useful and set custom screen resolutions. 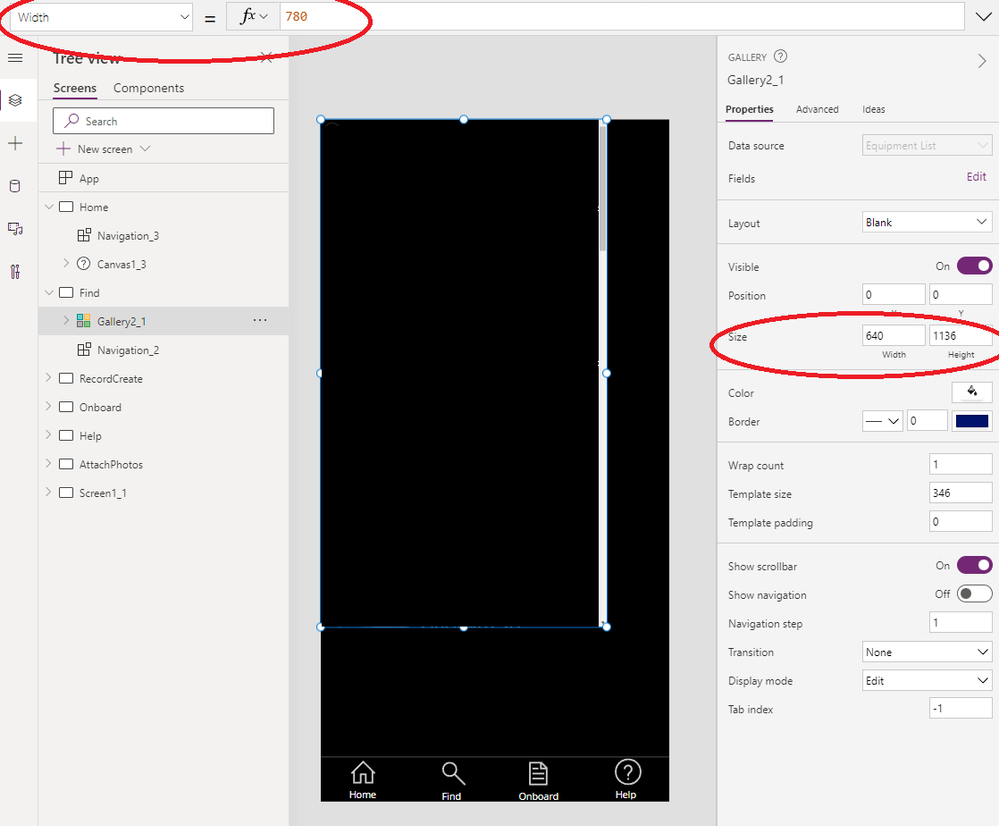 I suggest you lodge a Support Ticket with Microsoft - the information is useful to this user forum if something similar if posted, but Microsoft needs to address this directly.

Thank you, it is done. I'm not a O365 Admin so I didn't know I had access to this space. I'm not sure this was able to be elevated enough but at least its logged. I might not be able to work on any of my mobile apps until this is resolved unless I reprogram sizing to App.Width and App.Height instead of the hardcoded values. I'm really concerned about this and was hoping someone with MS relationships might recognize this and help drive its solution faster.

There are MS people active here, but a support ticket is the most effective way of escalating it (I find them generally responded to within 24 hours). Also yours is one of three posts today regarding strange things happening in the latest release.

Got the same issue on 2 Power Apps, even after replacing all the components to the right place, saving and then reloading the App, all the layout was messed up again 😒
Finally found the issue 😊 => The App Design Height and Width was hard coded (1920x1080) following an old test made 1 years ago...
You may check if you are facing the same issue. Our app was working fine until Monday and start to present this behavior on Tuesday (07/12/2022) so timing looks the same...

Thank you for the suggestion. I checked on this and I had already set the size properties in this menu for most of my apps.I was doing more testing and found this issue happens to

- All controls that outside of the screen (I usually keep some active timers running outside the screen, and if you hide a timer [visible=false], then it doesn't run).

- To controls with larger dimensions than the app defaults of 1136x640, but only in large apps with many controls that take a long time to load.

If they can set the editor to always place controls where they ask, and not force them inside of the screen this problem will be fixed.