Can someone help me figure out why CheckMemberGroupsV2 is failing?

So far, I have the line below:

However, I am getting the error message:
"Resource 'testing' does not exist or one of its queried reference-property objects are not present."

Could someone explain to me why CheckMemberGroupsV2 is failing? From the documentation I read it seems it should return an empty result if the email isn't in the google sheets database instead of failing.

So wired, as that formula work perfectly on my side.

Another alternative workaround, try to use GetGroupMembers function to obtain all members in group and use Condition to check whether sheet1 emails are in the group.

Could you please try to modify the code as follows to see if it works?

Hi, I tried modifying the code to the code you provided but I am still getting the same error (the only thing different about my code compared to your code is I changed EmailColumn to email since email is the name of the EmailColumn). I then tried adding a false condition as well ("") to see if that would change anything but it didn't. 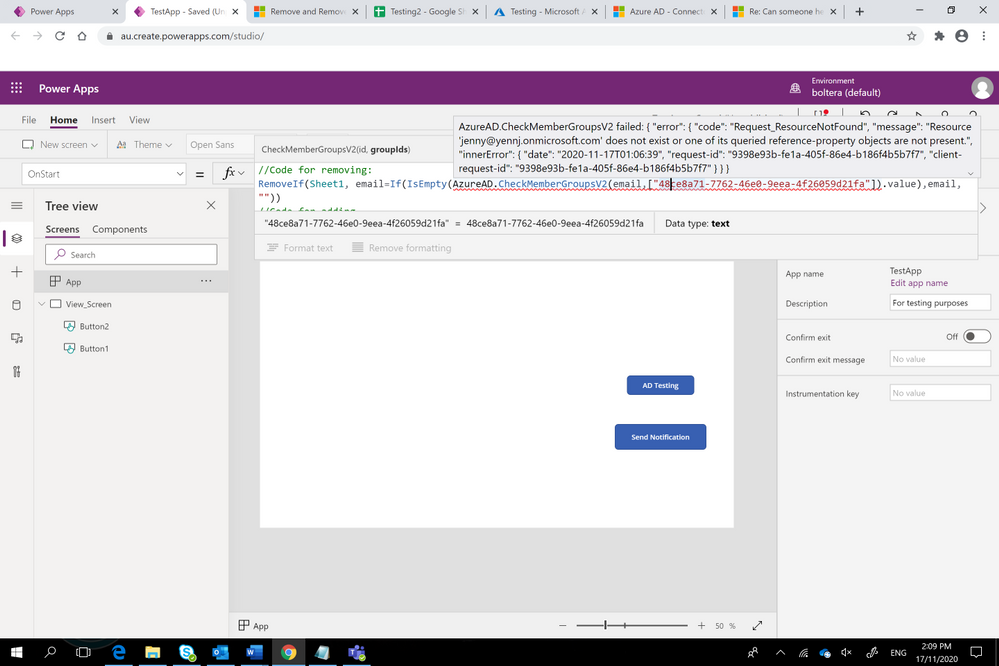 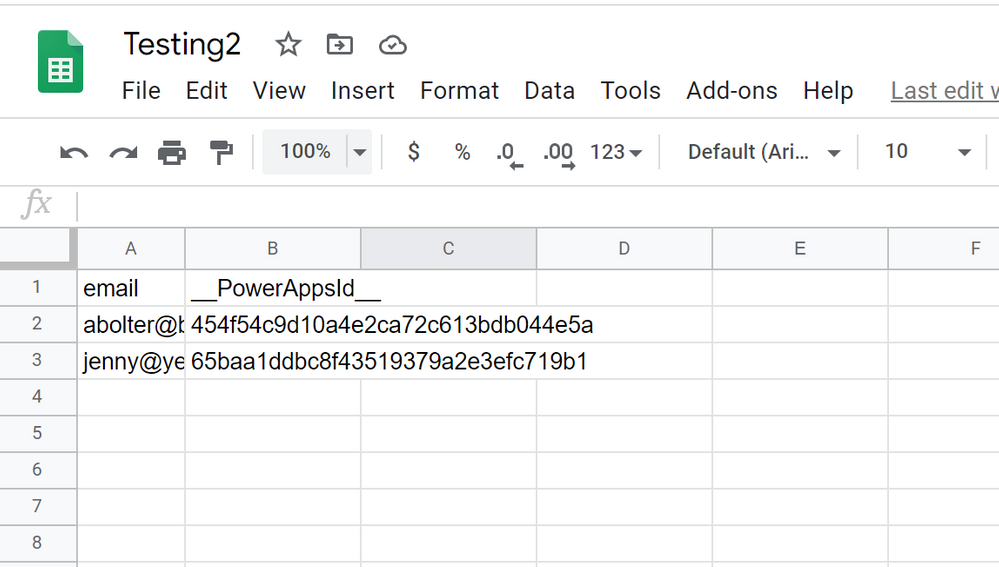 OK, I got it. The first error message is from API server that if the email is not contained in the group, this error shows.

We can use IfError() function to detect this error, so please try to modify the Remove formula as follows.

The second error message shown in the screenshot4 seems to be a conflict error for google sheet in ForAll loop.

Could you confirm that the required fields for the sheet are being patched please?

Unfortunately after modifying the remove formula to the formula you provided I still am getting that 2nd error so the fields aren't being patched. 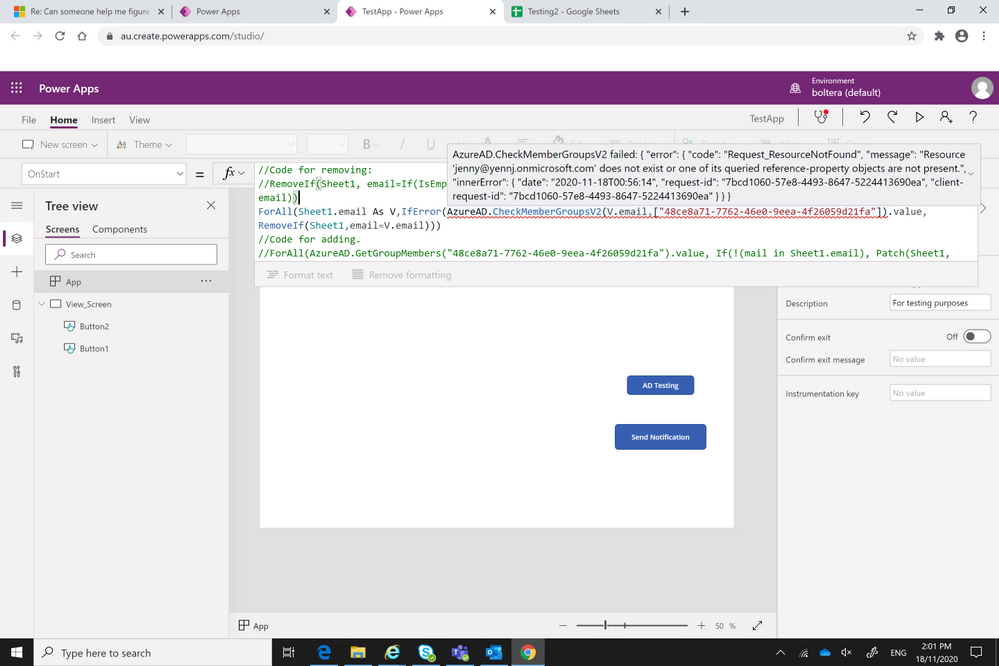 So wired, as that formula work perfectly on my side.

Another alternative workaround, try to use GetGroupMembers function to obtain all members in group and use Condition to check whether sheet1 emails are in the group.

Great thank you, this solution worked.

Check out the Power Apps Community Call for January 2021