I have an production app that is currently running 3.18092.18 that is functioning as expected.  When I open and save it (no other changes) it advances to 3.18094.26.  This later version has a very noticable issues with the smoothness (or lack of smoothness) when scrolling items in a combo box (where the combo box contains a large number of items).  In addition to choppy scrolling, the "open" portion of the combo box often gets disconnected from the combo box itself, and the main app screen (behind the combo box) starts scrolling instead of the combox box.  The combo box in question contains about 500 items.

I have a before upgrade and after upgrade video that shows the issues in action (both the scrolling speed / smoothness as well as the choices becoming disconnected).  Let me know if it would benefit anyone to see those.  Is it possible to updoad videos here?  Here is a screenshot of the "disconnected" part of the issue: 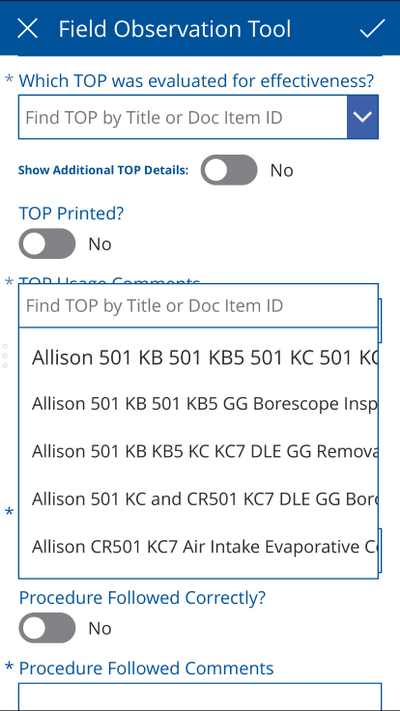 Note at the top of the screen there is a field "Which TOP was evaluated for effectiveness?"  and about half way down the screen the "open" portion of that combo box.

Admittedly this combo box has a complex Items property formula which depends on the .Selected.Value property of 2 other combo boxes and 1 other toggle (the result however is a filtered list of values from a collection): 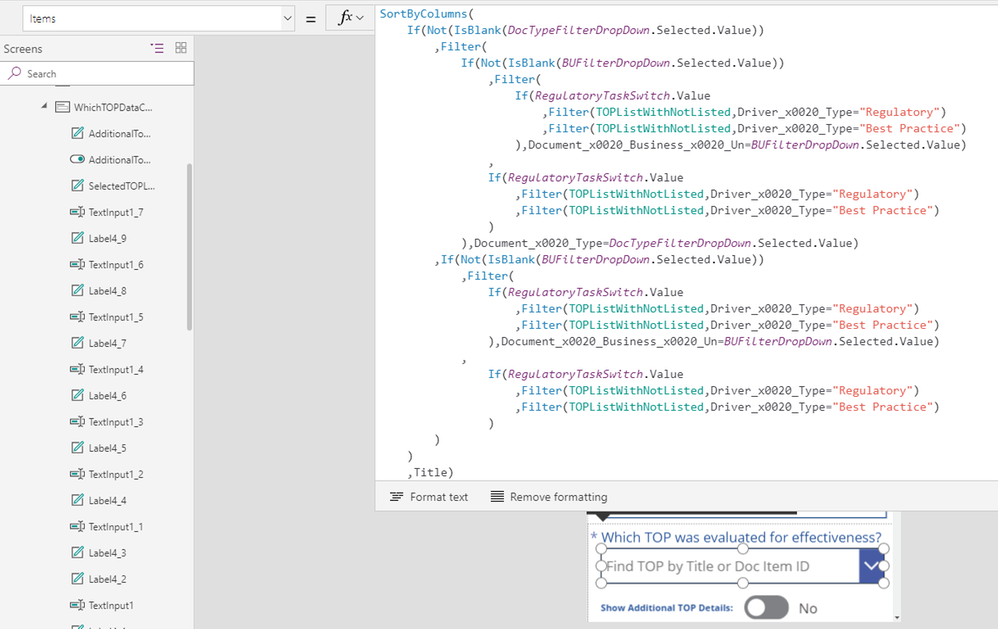 And is driven by a collection which is built from data in a SharePoint list on EditScreen OnVisible:

However, despite the complexity of the list of items, this was working great in the former version.

If a staff member could review and consider submitting a bug I would be very appreciative.

thanks for your assistance,

Advocate II
In response to v-monli-msft

Hi @v-monli-msft,  The Driver_x0020_Type field is a string / single line of text.  (In the orginal source of the data it would have been a choice, however because of the "to many computed columns" problem i have created a copy of the original data into a new SharePoint list that has almost all properties converted to just string values.  This allowes it to be consumed by PowerApps).

Was there any progress on this?  I'm having the same issue.

Advocate II
In response to Todd1561RPCI

@Todd1561RPCI not that I am aware of.  I am still having the issue as well.