Data Sources No longer connected to any of the apps I've created.

I saw a similar post about a similar issue from 2 years ago, and it seemed that the Azure servers were down back then, but it's been about 24 hours now and i have not seen anybody else raise these concerns, so i am just wondering if others are having issues with Power Apps right now. It cannot connect to any other data sources.

When i first open an App in make.powerapps, i am prompted to choose which certificate to use (never been prompted with this in the past). Also, i HAVE tried opening the app multiple times, and choosing both certificate options i am presented with. 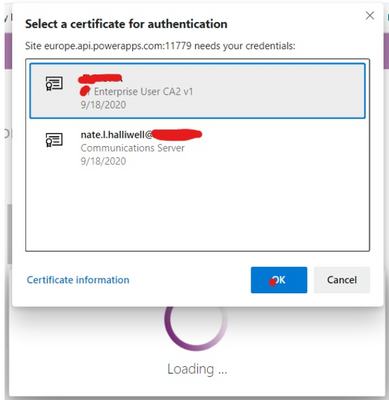 Neither work, and both give me this error: 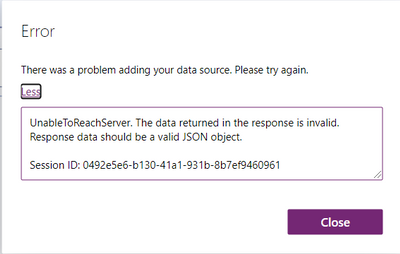 I am finalizing an application which is supposed to be rolled out to the organization on November 2. it is in beta testing with about 20 people right now, and as of this morning, the published version of the app is no longer displaying any of the information from connected data sources..... Really hoping this issue is on Microsoft's radar and they're working on it.

I'm facing the same issue as well and I'm from Malaysia.

Anonymous
Not applicable
In response to Ryannesh_7

Really hoping this is resolved soon. I have contacted my company's IT support, and they seem to think there isn't anything wrong with my authorization/certificates. I tend to agree with them, because I created a test Flow in Power Automate which connected to SharePoint and Outlook, and it worked perfectly. Gotta be a Power Apps thing.