I have  a databse using Access Web Apps which they now tell us will be discontinued in favour of Power Apps - No Comment !

However I can connect to the Azure back end  in Power Apps  but having great difficulty.

I can connect to a table OK however if I try a clearcollect it either only draws 5 records or in the case of a table with only 5 records i got the 'There is an error on the server' message. I tried addcolumns and the script is accepted without errors but no records returned. I think becuase it is so slow to draw the data . . I am aware that they are going to shut down the azure database and I have to transfer all to a sharepoint list at some stage- However i don't want to do this until I have worked out my app with the existing data.that I can check out using Access Web Apps.

So this is an update ! I created a new gallery with the record souce being an access table with ten entries called 'Progress' . This is a look up table, not supported in Powerapps as lookup so I need a clearcollecr to match the data. I ran this script

on the 'On Hidden' event thinking - well the table muist be in memory so it should work - However the Collection Tester will only run 5 fields. - No blue dots, red dots yellow triangles anywhere -

Stuck - as I cannot search all records !!

May I know how many records do you have within this connection? If you try to connect to another smaller one, will the issue persist?

Helper IV
In response to v-monli-msft

However I am now told by Microsoft that the Azure back end databases for Access Web Apps are going to be closed down so I am now concentraing on sharepoint lists that hav ebeen imported from the Web Apps. . However this is giving me even more problems as you might see from other messages i have posted !

I am begining to wonder if the issues stem form the importing of the data form Azure. many of the taqbles had related fields etc and I wonder if this is what i causing the problems - Although, as stated in my message above, the test I was running was on a list with 20 records only - although other tables were open in the app at the time

Helper IV
In response to rlmckean

So results as follows 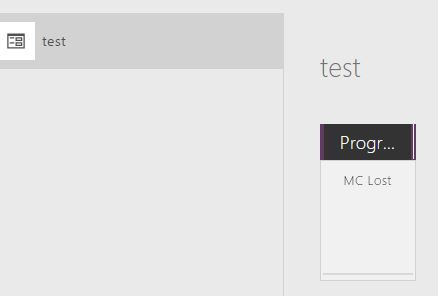 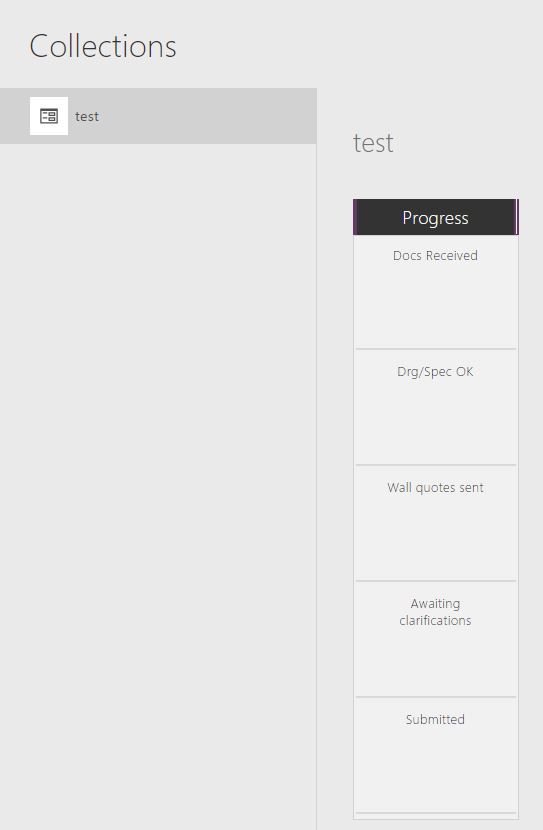 Have currently aslo got a thread with Mabel as shee amswered another of my messages on the same topic.

Hopefully one or other of you may be able to sort this out as without a working collection I cannot use any of mt related fields !!!!

Helper IV
In response to rlmckean

In exasperation I created manually a new list with only two fields. I created 7 records. I then created a powerapp using this new list - Guess what - the clear collect only brings up 5 items.

There must be something that is preventing full download of all 7 items. I have checked all sharepoint permissions and I have full read/write.

Advocate II
In response to rlmckean

I am in exactly same situation as you. Access web app it will be totaly shutdown  next year, meaning we need to find another server to save our back-end database. You may have a look on Azure - may be a solution.

However, for the front end app, at the moment Power app is not an option. As you can see, no one come with a clear answer, they just try to understand the problem and they come with some funny work arounds.

My opinion - look for different solutions on market - as I am trying to do at the moment. I know is difficult and takes time to learn different systems, but unfortunately Microsoft let us with no viable option.

I am still waiting for Power app to get some support for relational databases - at the moment you can just add info in a spreadsheet using a mobile app. How funny is this?

How are you verifying only 5 records are returning?

In the "Collections preview" UI we only display a few records since that is only for you to preview the schema of the table and to show a few sample rows.

Have you tried binding it to a Gallery and see if you are getting the records? When you do that Gallery will automatically paginate through the records as well.

Helper IV
In response to carlosag

Thanks for that tip - It has verified that I can get a clearcollect to run from a new pristine list of seven items - so its not an inherent issue I have - It must be to do with the data imported into the lists from Azure I believe.

I have run some further tests as follows :

I have currently 6 lists as connections in the test app. I have checked them all against a blank gallery - 4 out of the six will list the full table. 2 out of six will only list the last record.

I am suspicious of the imported data as I dont really understand how it works. For instance in one list , there is a <ClientID> which was an original lookup field in Azure. When I view the list in sharepoint , this field does not appear, however when I connect to the list via Access , the field is in the database with the property changed to Number - which is good. Not only that but in Powerapps the field is also available for lookups which is also good - However due to this major issue with pulling reords out its of little use at present !!

Not moving forward on this one yet !