I am trying to pass a context variable with a PDF name to a PDF viewer screen to display a PDF (dynamically based on the variable passed). It is not working. Here are some screenshots. 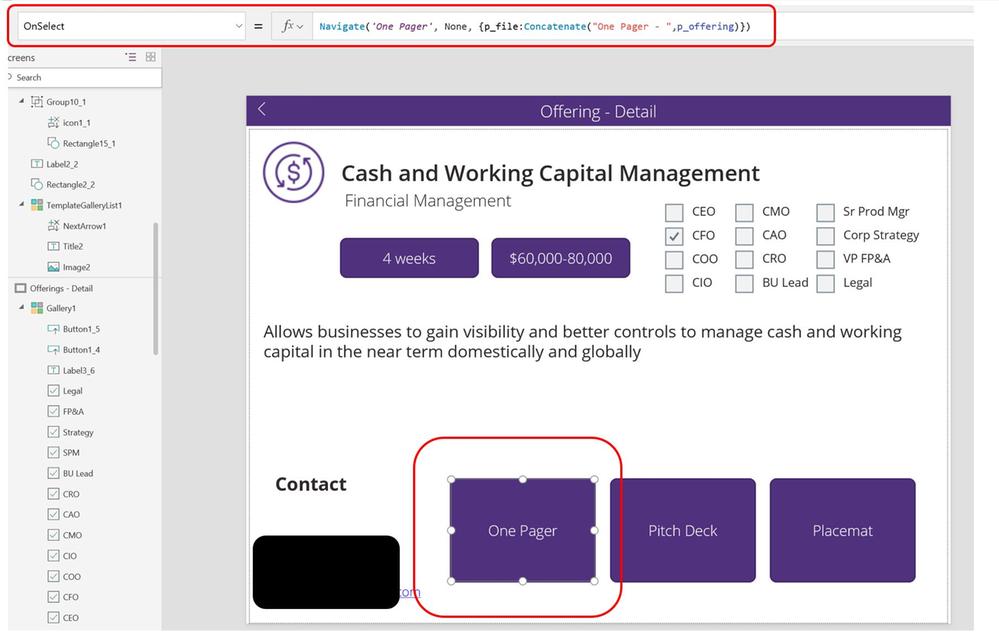 Screenshot 2: Next screen (where "Navigate" goes to), with p_file context variable displaying as text at top of the screen 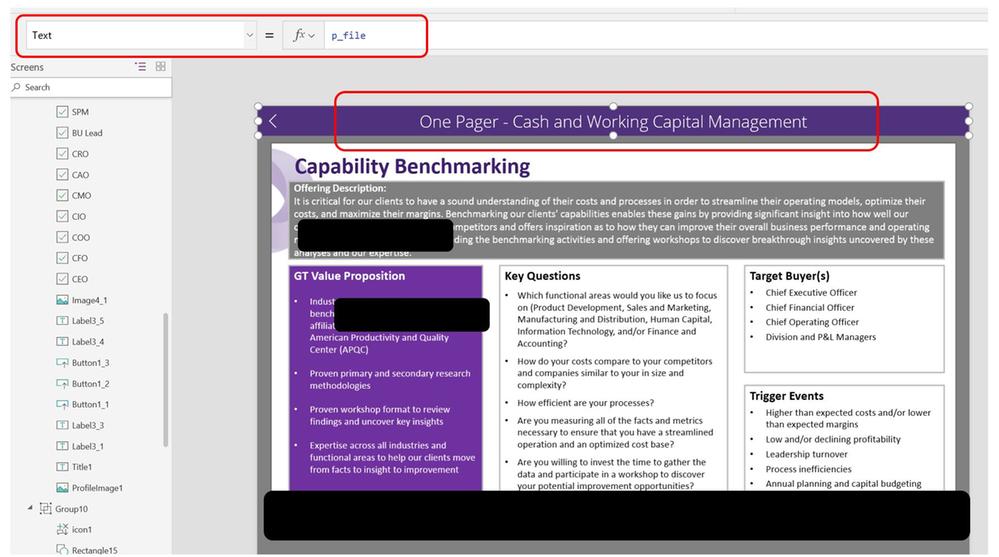 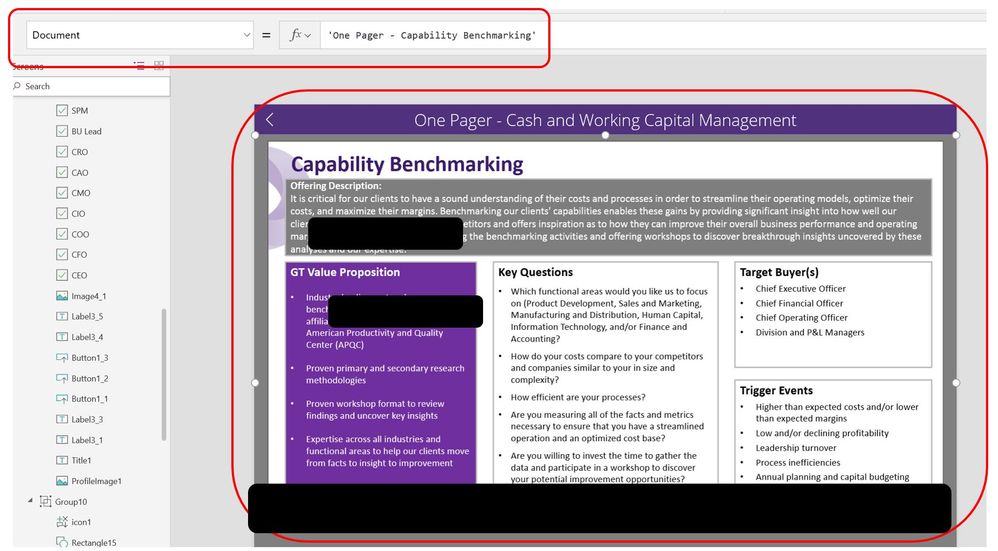 Screenshot 4: Same screen but "Document" has been changed from static name of PDF to p_file (which contains the same "string") and the PDF no longer displays. 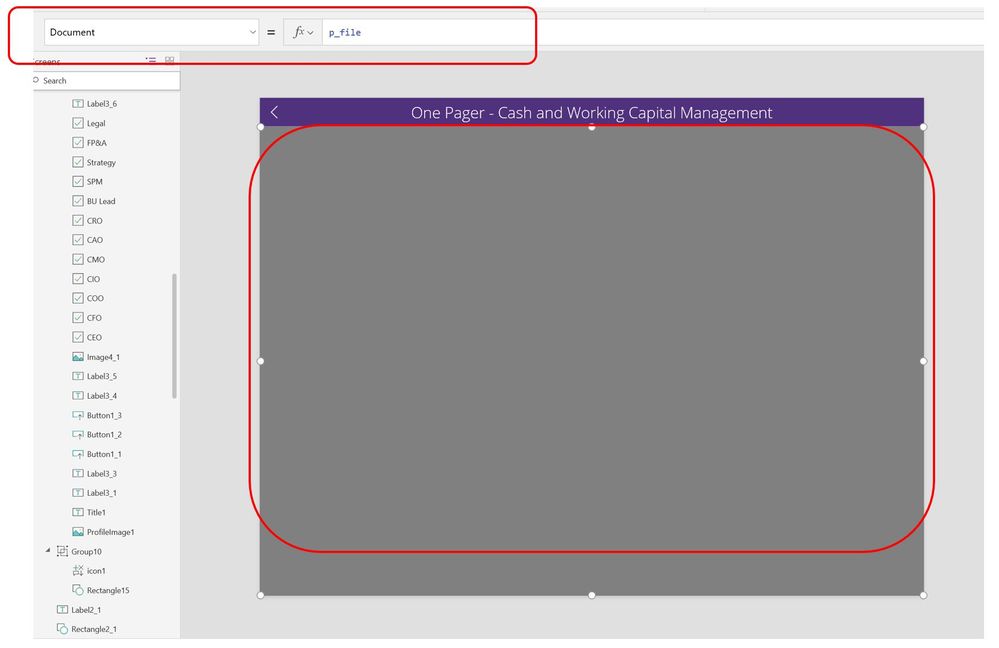 So in conclusion, I'd love to be able to use a single screen to dynamically display PDFs based on their name -- instead of having to create a million different screens and display PDFs using static string names.  Is this possible?

Side note: I really would like to be able to view PDFs that are stored on SharePoint, instead of within the app, but that has already been well documented and has been "Planned" for development for an exceedingly long time already.

As an update, when I publish the app and run it, the PDF does not display in the viewer regardless of whether I hardcode the PDF name or use a context variable.

It is really quite unfortunate that the PDF viewer is essentially useless.  I show executives a prototype and they LOVE it, but without being able to display PDFs, the solution is useless.

Variable works from my side:

I think the issue here should be the value of the Variable.

From your screen, it seems that the Variable is collecting the string, not the corresponding name of the PDF file.

Which should be similar to the issue in the following thread: