I need to find the next available number in a list. This is not the same as finding the highest number and adding 1. For example, I have the following numbers in my database:

The first and last digit are meaningful, but the middle 5 are not. So the "core numbers" would be:

In Excel, I'd simply use PowerQuery to generate a list of numbers 00001 - 99999, then do an antijoin to only keep numbers in my big list that aren't in the original list, then pick the minimum number. Which, in this case, would be 00002.

Getting the core number in PowerApps is easy - the MID() function.

I cannot figure out how to do the logic though to start moving through those numbers to find the first available number.

Ideas where to start?

Community Champion
In response to v-xida-msft

Think i'll just hang out over here in the corner, and bow reverently! 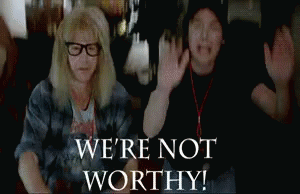 Kudo Collector
In response to ericonline

All, these are some very good suggestions. I need to review today and this weekend and wrap my head around what is being done. Thanks so much. I will follow up with results or further questions. Super community here!