I have had some success with setting form heights dynamically by using IF statements.  An example would be:

In this scenario, there is a toggle, that when switched to "Yes" displays the form panel, and when switched to "No" hides the form panel, as the height is changed to 0.  There are some scenarios where certain data cards are removed from visibility. For these, I change the visibility of the objects inside the card to 0, and I change the height of the data card to 0, and the form resizes itself as expected.  For the most part.

Sometimes these forms don't always expand and contract perfectly, at least while working in the editor, and scroll bars become visible.  But generally this method works mostly ok in playback mode or when published and played in the browser.  Not 100%, but kinda works.

I needed to hide some data cards with buttons, so I used a context variable.  This works.  But now the form in question no longer contracts to a shorter length when the fields are hidden using the variable.  So the dynamic form resizing works with the IF statements, but doesn't work with the context variable.  Please see screenshots.  And thanks! 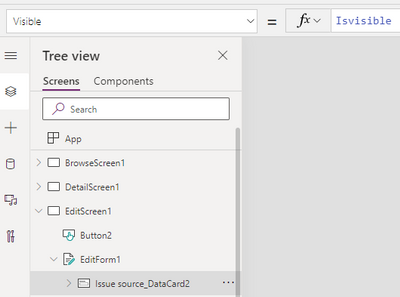 And also you have to use a Scrollable screen 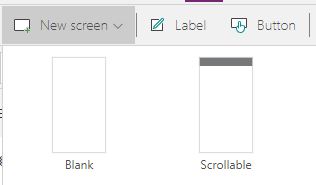 We have a similar scenario with one of our current projects and the above works charmly. We have very complex logic to enable control.

Thanks,
Stalin - Learn To Illuminate

Helper II
In response to StalinPonnusamy