Despite trying to implement somewhat similar other examples for the forum, I have been unable to properly script the gallery display so that it sorts properly.  I've labeled a screenshot for clarification, and would appreciate the help of those of you who have a solid grasp on scripting: 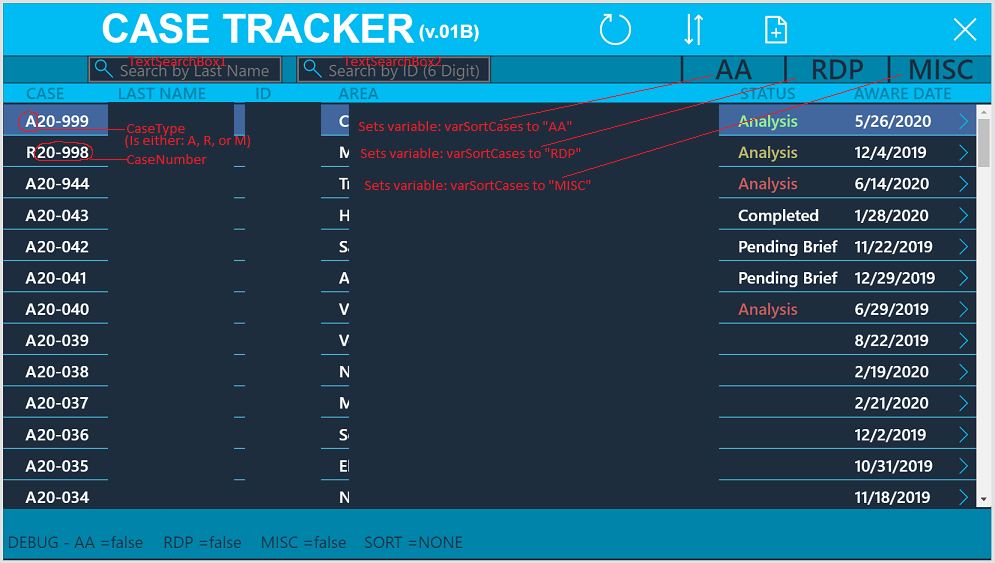 However, I also need to be able to sort it specifically by CaseType, which is determined by a Choice, and has a value of either "A", "R", or "M".  I've created buttons which set a variable "varSortCases" to either "AA", "RDP", or "MISC", which correspond to the CaseType values.  Anytime I've attempted to adjust the gallery sort script above to include "if" statements, everything falls apart.

Do you have an example of what you have tried? Does something like this not work?

where I am assuming that Case is the name of the case field on CaseTracker_data.

---
If you like this reply, please give kudos (Thumbs Up). And if this solves your problem, please mark this reply as a solution by selecting Accept as Solution. This makes it easier for others to find answers to similar questions.