How to clear cache of image from OneDrive

I'd like to know how to clear cache of image file from OneDrive which shown in PowerApps with "Image" refer with path to OneDrive.

I'm developing Apps for stamp registration with PowerApps and PowerAutomate.

The uploaded png image will be stored in OneDrive. 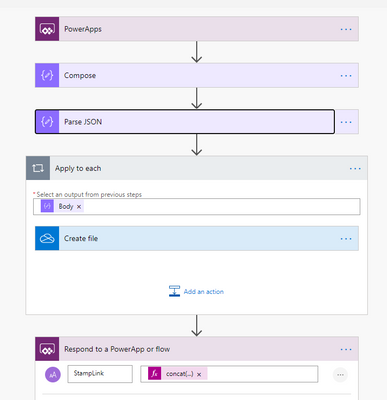 The link of file path is responded to PowerApps, then uploaded image is shown on "Image" with path to OneDrive.

But the image is not refreshed when new png file is uploaded in OneDrive with the same file name. The file replacement could be confirmed in OneDrive directly, but old image is still appearing in PowerApps. It is assumed that file cache was not cleared.

I guess it is available the expression to clear file cache from PowerApps.

Below is what I made for function button;

Thank you for your advice.

Looking through this I'm not exactly certain what exactly to do here. Given the complexity the solution you are trying to implement here, this might be a better question for the Microsoft Support team. I'll inlcude a link below; if you would like to go down that route, otherwise if any other communities members have any idea feel free to chime in.

Community Support Team _ Alex Rezac
If this post helps, then please consider Accept it as the solution to help the other members find it more quickly.

Helper II
In response to alrez

Thank you for your post, I tried to find the solution in anywhere community so on, but it could not be found.

I'm looking forward to have any solution from someone.