How to make images not blurry

I created an expenses app that uses CDS to store my images.  The user can use their phone camera to take and store images of receipts for each line item added.  In a scrollabel gallery view the images are small squares and look fine, but you can't read them.  When I try to make a new screen that uses those names from the gallery as a data source and enlarge the media it is extremely blurry.  How can I make it so that the image is larger and the receipt is readable.

When a user takes the photo the image is very large and looks fine, but after submitting the form I feel like the image is maybe being compressed when stored?  Surely I can get it large enough to be viewable.

Could you please share a bit more about your issue?

Do you mean that the quality of the uploaded images has been reduced when you view it within your app?

Based on the issue that you mentioned, I think this issue may be related to the "Optimize images for upload" within the PowerApps Mobile App in your Mobile device.

The user @Deriooo has faced similar issue with you, please check my response within the following thread:

In default, the "Optimize images for upload" setting would be turned on within your PowerApps Mobile App. When you upload pictures from your local mobile device, the uploaded pictures would be compressed. 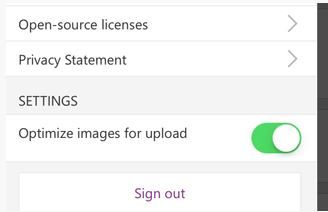 Please consider take a try to turn off the "Optimize images for upload" setting within your PowerApps Mobile App, then try it again, check if the issue is solved.

Unfortunately, I tried that and it did not change a thing.  The quality is attrocious and when I say attrocious I mean pixelated to the point you can't see anything.

I think it may be how I am displaying the image in a larger format i.e. where I am pulling it in from? (It should be stored in CDS as an image type)

If you take a look at this app: https://powerapps.microsoft.com/en-us/partner-showcase/enkaytech-expense-reporting-and-reimbursement... I literally recreated this app by myself and when I use this app the images look fine when "blown up", but on my own I am doing something wrong.

I am currently dissecting microsofts "Site Inspection" app to achieve what I am looking to do. https://web.powerapps.com/webplayer/app?source=portal&screenColor=rgba(251%2c+101%2c+60%2c+1)&appId=...

Any help is still appreciated.

Yeah, you are right. Based on the needs that you mentioned, I think you could store your Image data within a Excel Table stored in your OneDrive for Business folder or OneDrive folder.

Not sure if your problem had been solved. But just sharing, I was having the same issue while not using CDS as I don't have the privilege to use this feature but rather it was on the Powerapps for Teams environment which I think uses the same technology as CDS but tied to Teams as an environment.

Initially I also face similar problem whereby when I upload a picture to my apps, the preview look sharp. But once posted into the system the picture was pixelated and cut off although I had set on the column advance setting to save the full picture with 5MB file size limit.

So I tried installing some of the sample apps to study the formula used in them. This is where I found the solution to my problem.

What I did was adding ".Full" to my Image field properties. 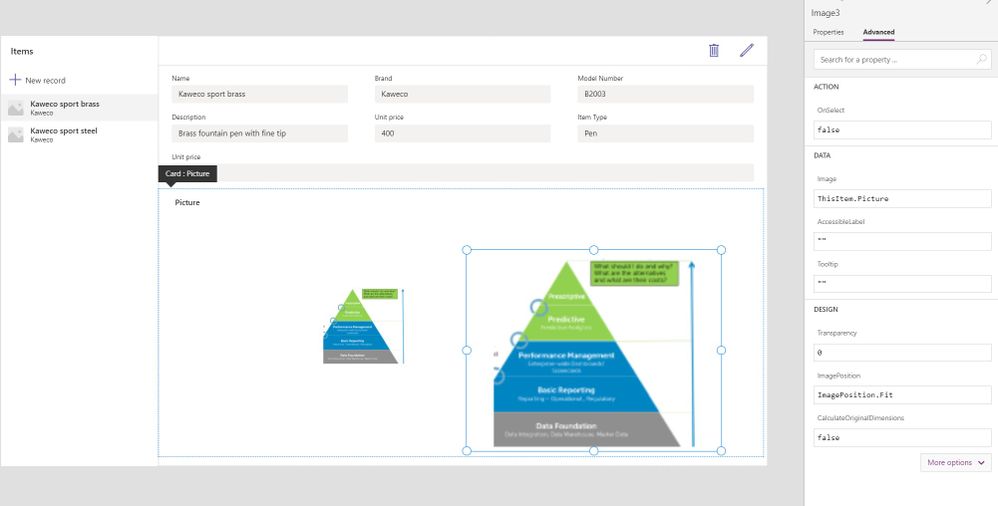 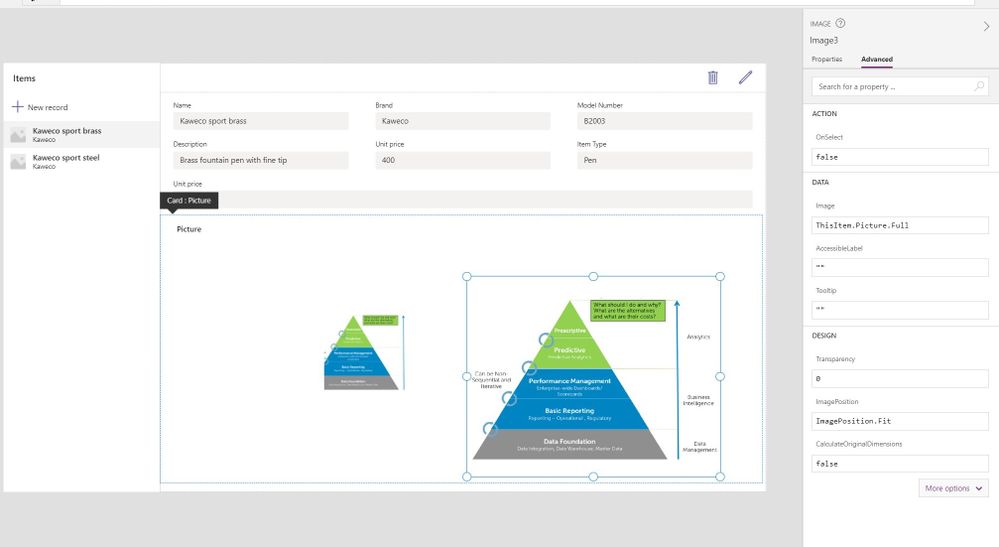 Hope this is also applicable in CDS environment.

I think having to store picture in other data sources may just make things difficult to manage as you have to manage yet another data access. It is possible to automate using power automate but why complicate if there is a simpler way. Just my humble point of view.