I am experiencing an interesting issue with a control setup that I have done numerous times before without issue. I have an X (cancel) icon in the upper-corner of a popup window that allows the user to close it out. Nothing fancy. However, when I go to preview the app, the icon disappears, as though its visible property has been set to false.

I check the visible property, and it is set to true.

My next thought is that it must be accidentally be placed behind the window. That, however, is not true either. The icon is clearly placed not only above the popup, but it is in front of all other objects.

The strangest part yet is that despite the control appearing to be invisible, it is not. In fact, I can interact with it and close out the popup window. In the screenshot below, you can see my cursor has changed and the tooltip is visible, despite the icon not being visible.

Finally, one thing worth noting: if I drag the icon outside of the window, it becomes visible again in preview, as though it were being hidden behind the window, despite the evidence that this is not what is happening.

Thinking this may be a browser issue, I've tried clearing browser data, other browsers, etc. I am still consistently getting the same behavior. I've also tried swapping out icons, completely deleting and re-adding them. No matter what, the behavior remains consistent.

I'm at a complete loss here for what could be causing this. Has anyone encountered something similar before?

That's very strange as you appear to have set everything up correctly. 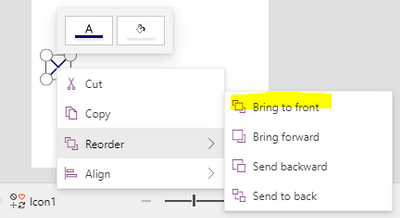 I have seen this on certain resolution monitor (mine was on UHD at 150% font size) and only on the right side of the screen.

Not sure that helps, but try moving it to the left and/or experimenting with the display settings.

Thanks @WarrenBelz - It's useful to know that you've seen this problem before and that it is related to screen resolution.

I have had the same issue, and confirm it is related to the display resolution and scaling.

I have a 4k monitor that with scaling set to 150%. I am using an icon as a close button disapears when the preview is full screen but if I resize it to about 2/3 of the screen then the icon becomes visible.

At full screen the X is missing 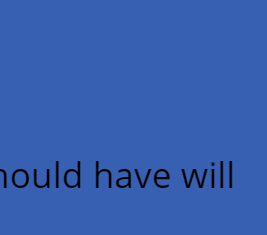 Resized preview it shows back up. 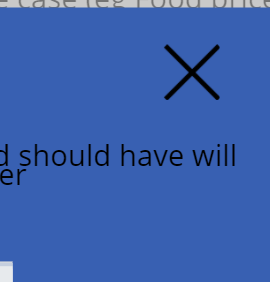 I tried a PNG icon, and a seperate rectangle as well which also disapeared.

Same issue here.  Nothing wrong with order and nothing on top.  This is a 6mo old issue (though I have seen it before many times).  @Dirk-Verboom , you are 100% right.  You change the scale slider in the editor, and controls appear/disappear.  Same thing in preview.  Works at some window sizes and some not.  I publised, and tried in runtime, same problem.  With chrome full screen, no workie.  I change the tab to a floating window, I change window size and hit "fit to screen" and its about 50/50 whether the controls show or not.  This is happening with buttons and icons.  I have not seen it with a label, or other items.  Any suggestions, @timl , @WarrenBelz ? 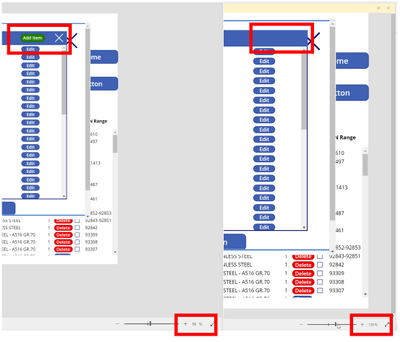 @martinav - unfortunately, I'm not aware of any fix to this scaling/image problem. Perhaps some of the other super users here might be able to comment on this? @RandyHayes @Pstork1 @Drrickryp maybe?

You are probably asking the wrong people - this seems to be a fundamental hardware / graphic driver compatibility issue trying to resolve an image. Maybe a Support Ticket with Microsoft will get someone there to look at it.

Graphics card?  I'm not sure how that is relevant.  I'm open to have this explained to me, but how does some object showing, and some not have to do with the graphics card?  I have tried it and it is equally broken on two completely fundamentally different systems (both PCs).  However, it does seem to be fine on my android phone.  I'm not sure what to make of that.

I am not a hardware person, but simply noted the items that control the screen resolution. Whatever the case, there is nothing in Power Apps code that can fix this (other than using the left side of the screen it seems)