Hey PowerApps team, I just wanted to relay an issue I noticed while working on an app today. I have an app under development that is essentially a data entry system. The first data entry step is a form with text inputs, combo boxes, and one date entry.

I am noticing that there are some issues with the text inputs when they have the Clear field set to true. When using the online version, if I enter text in a text input, it shows the Clear button. If I hit tab, it will select that Clear button. So far, so good. 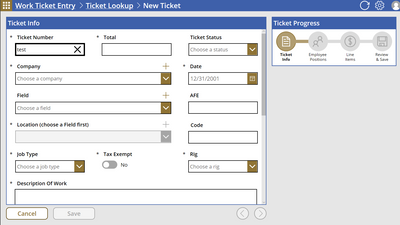 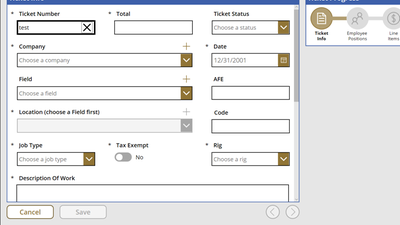 If I enter text on the Win10 version, the Clear button doesn't seem to be there. Upon hitting the tab key, it would appear that the Clear button is in fact there but it is pushed to the right, just out of view. Tabbing also reveals a small black dot in the upper right area of the text box, which I assume is a corner of the Cancel button's X. The text shifts over slightly to the left as well. 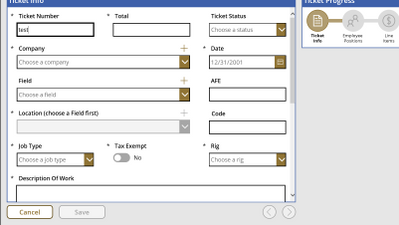 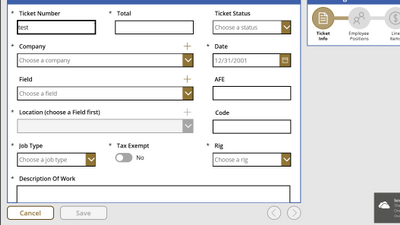 Furthermore, in the above screenshots it can be seen that the selection buttons for the combo boxes are a bit out of sorts, particularly in the Win10 app where they appear to be truncated on the right side and occasionally the top border looks about a pixel smaller in width, but also in the online app where they have occasionally have a pixel or so white border around one or two sides. I noticed the date picker had this issue as well. This is a minor issue but since it was there in the screenshots, I figured it was worth a short paragraph.

I am fairly certain that the text box issue is related to the issue covered in this thread but the added issue of highlighting a non-visible cancel control made me think it was worth another thread.

Sorry but I didn't see any Clear button or Tabs in all your 4 screenshots. Would you please highlight the important part of your screenshots? Maybe you could use he Spinning Tool and the Highligher inside.

@v-monli-msftThe Clear button refers to the "X" that is added to single line text inputs when you set the Clear property to true. Tab refers to using the tab key on the keyboard in conjuction with the ability to set a TabIndex on controls. I know that the wording can be confusing given tabbed interfaces and button controls that have "Clear" as the text; my apologies for not making it very clear.

Here are some updated screenshots with highlighting to point out what I am refering to. 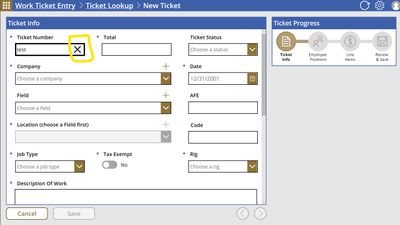 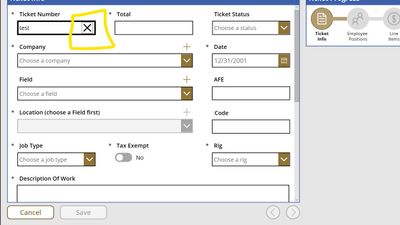 This is the expected behaviour where hitting the tab key allows the user to easily clear an input if needed or hit the tab key again to proceed to the next field. 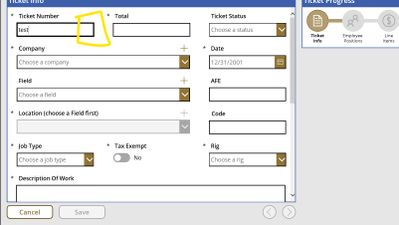 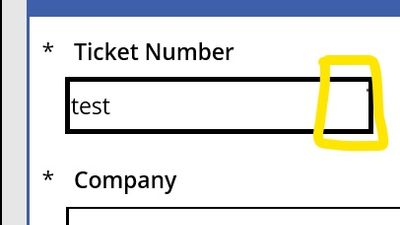 Win10 app, tab key hit once with small dot where cancel X is hidden but selected

The other stuff I mentioned can be seen if you enlarge the image but it is a smaller issue than whole elements being obscured, at least in my mind.

Does that help a bit more? Again, apologies for the lack of clarity and precision in my description of the issue. Thank you for taking a look at this. I appreciate it!