If you haven't seen the announcement yet about the Licensing changes that are coming to PowerApps and Flow starting on October 1, 2019 you really need to read the following Blog. This announcement was originally made at Inspire this year, but has undergone a number of significant changes.  Make sure you read this and understand what it means to you and your organization. 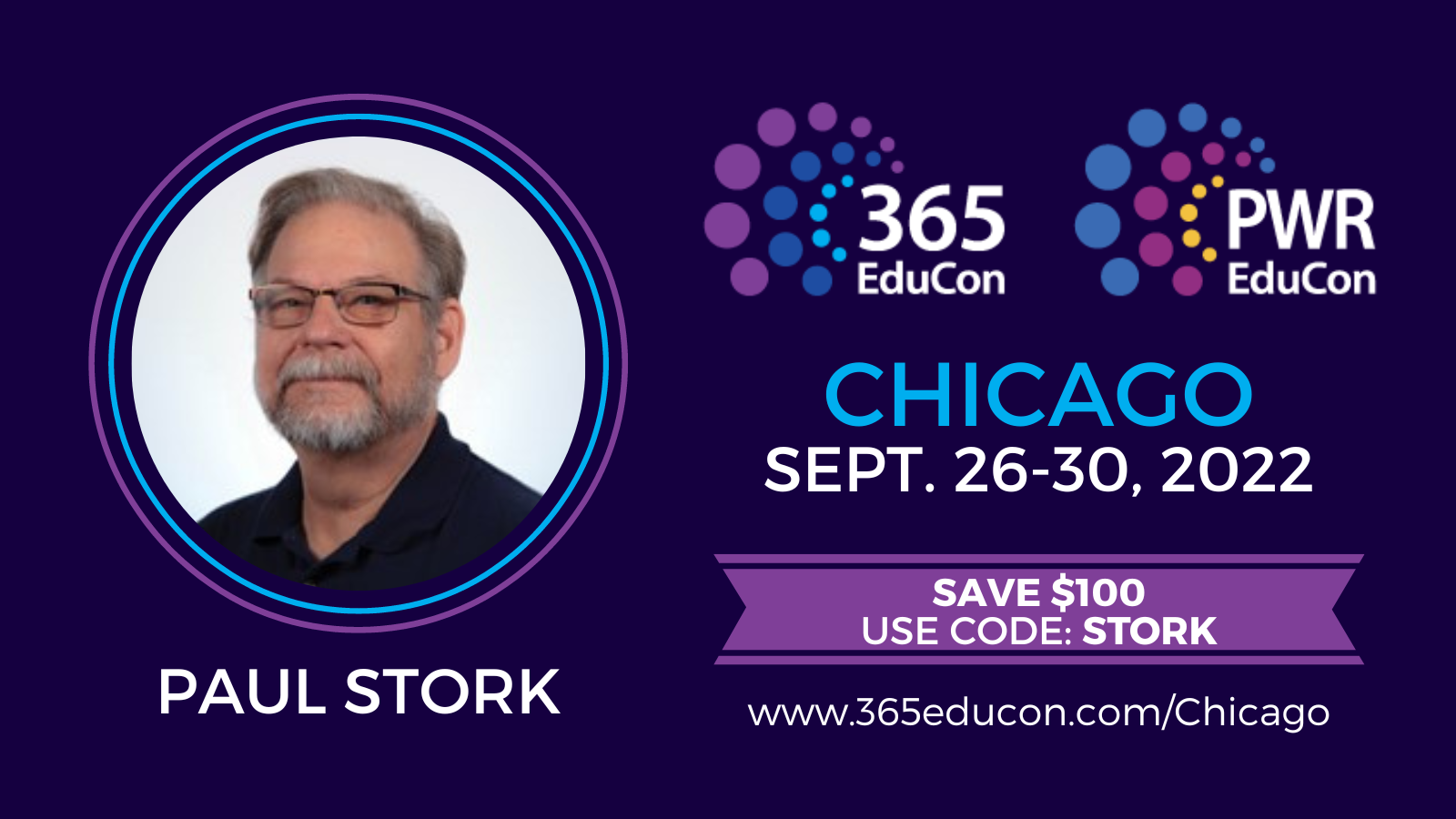 The "Free" license still exists.  But it is now refered to as a "Seeded" plan, ie it comes with the Office 365 or Dynamics 365 license.  The Office license plan will basically be unchanged, except for the re-classification of SQL and Azure connectors as premium.  If you've used PowerApps and Flow to build applciations that extend SharePoint lists or Excel spreadsheets in OneDrive you won't really notice a change.

If you had a P1 license you will now need to buy a standalone plan license, which is more expensive.

If you had a P2 license the standalone plan is essentially equivalent.

The minimum purchases that were announced at Inspire have all pretty much been dropped.

Aah, feels good to see that this topic is finally debated ! It felt is was almost hush-hush for a while.

Don't get me wrong : the Office 365 Power App licence + Azure SQL DB was a deal that was just too good to be true, it needed reajusting. But now the pendulum swung quite violently to the other extreme...

We're extremly affected by these new changes. Like many others, we only use Azure SQL DB as a backend and HTTP Responses to return PROC data (for a variety of reasons we won't debate here). A client has already pulled out of a project days before production (didn't know about the 5 year grace...) and I expect others to soon follow. The client even suggested to switch the project to an Access database. Argh !

A lot of our current projects revolved around "profesionnalising" artisanal business processes (aka : Excel sheets grown too big for their own good). These scenarios often have a low usage (maybe once a month) but adress a large user-base (50+ users). The P1 licences just cannot work in such a scenario since business sponsors are not willing to pay 6K€/year in licensing fees to replace a single Excel-based process (or 25K€/years for mulitple ones...), no matter how clunky and error prone it is.

Personally, I'm hoping something akin to the daily-login licensing concept for the portal could be extended to the regular canvas apps. Azure has had tremandous success with the Pay-as-you-go formula since it allowed a real "land and expand" strategy. Give the people a taste of what PowerApps can do with cheap, easy to commit to scenarios and they'll remember you when the big lucrative use-cases come around.

ps: anyone know if the grace period also includes the HTTP responses ? Patch() is a handy little tool, but it's not going to cut it for complex business logic over large datasets ^^

Solution Sage
In response to FredericForest

@FredericForest  I totally agree. The new pricing is a swing too far the other way. I was disappointed enough that they made the HTTP actions, on-prem data gateway and the single custom connector premium, but it wasn't such a blow that it lost customers.

I think they've lost sight a little of what the benefits of the Power platform actually are. By making the Azure Automation connector premium, for example, they've taken away a tool for systems admins to build their own automation and UIs for admin tasks. No systems admin is going to pay for that connector, they'll just find another way to achieve the same thing or just do it the old way. What a wasted opportunity.

I also agree about the frequency of use for apps. It's an awful lot of money to pay, some 30% or more on top of the base cost of an Office 365 license (Business Premium it's more than 50%!) just to run a couple of apps occasionally. It makes it a really hard sell, which is such a shame because if it wasn't for Microsoft pricing small business and the more casual customers out of the market, it would be a game changing platform.

At least we still have Logic Apps (for now - who knows what devious plans they have for that?) for doing the premium legwork out of band of the PowerApp, if you can sucessfully architect the app to do that.

Thanks for your reply, Paul

I hope i can get some official statement around the grace period - not that i dont trust you 🙂 - but i would like to see something from Microsoft staff on this. Hopefully they wake up!

I have one big app just about to go into prod. It uses the Azure SQL connector. I need to convince my customer that they are safe during the five year exempt period otherwise they will pull out and buy a third party case management system instead.

In my particular case we are talking about approx 2000 users and we are already paying for the SQL Server in Azure and for Office 365 licenses. Also paying for the ability to communicate with SQL doesnt make a single sense to me.

Please, Microsoft staff, spread some ligth over this!

Continued Contributor
In response to MagnusGöransson
I agree completly. We currently have around 20 small applications wich use azure SQL as a back end. Our costs just now are the 365 Licences and the Azure SQL server. Adding in $40/month/user and our 1600 staff adds $768,000 compared to the £300/year for Azure SQL.
Madness all around and basically stopping us using power apps until we find an alternative back end.
@MagnusGöransson Here is the 365 Message Center Post detailing the change and the grace period.
Major Update : Announcement
Applies To : All customers
Licensing updates for Microsoft Flow & PowerApps in Microsoft 365
MC189149
Plan For Change
Published On : 29 August 2019
Effective October 1, 2019, changes will be made to PowerApps and Flow licenses, including those available as part of Office 365 subscriptions and the general purpose PowerApps and Flow plans. The changes are as follows:

Existing user-based limits on API requests will remain in place for the purposes of service assurance, and there is one new daily API request limit being introduced at this time. Go here to learn more about Flow service limits.

How does this affect me?
You are receiving this message because our reporting indicates your organization is using PowerApps or Flow with Office 365 and one or more of the capabilities listed above.

What do I need to do to prepare for this change?
Your organization will maintain access to existing connectors and comparable service limits until October 1, 2020 or the expiration of your current Office 365 subscription term, whichever is longer. Additionally, apps and flows created prior to October 1, 2019 will be exempt from Premium connector licensing requirements until October 1, 2024.

After that time a standalone PowerApps or Flow plan license will be required to access all Premium connectors, and it may be necessary to add additional capacity based on your organization’s needs. You should assess your current and future usage patterns to determine if additional licensing will be needed.

I'm not arguing in favor of the price changes.  Like many of you I agree they are going to be a real problem.  What a lot of people don't see about this scenario is that the decision to change prices isn't coming from the Office 365 team, its coming from the Dynamics team.  Dyanmics is the product group that owns the Power Platform. Although this is a huge change for people who have the Office 365 seeded license its a much smaller change (financially) for the people using the Dynamics platform. Most Dynamics licenses already covered and will continue to cover premium features. Its the Office licenses that only covered standard. Most Dynamics users are already paying well over $40/user/month for their license, which includes PowerApps and Flow with premium features. Dynamics users are going to see an estimated 5% increase in licensing costs, but that is no where near what Office users will pay if they continue to use Premium features. Office users will still be able to do a lot of great Apps using SharePoint alone.  But it will be nothing like what professional developers have been able to do.

Have your Global admin check the message center in Office 365.  An official notice that included the SQL grace period was posted on Friday.  Your official Office 365 contact should have gotten an email that included it too. The following was in one of the messages sent out:

What do I need to do to prepare for this change?
Your organization will maintain access to existing connectors and comparable service limits until October 1, 2020 or the expiration of your current Office 365 subscription term, whichever is longer. Additionally, apps and flows created prior to October 1, 2019 will be exempt from Premium connector licensing requirements until October 1, 2024.

After that time a standalone PowerApps or Flow plan license will be required to access all Premium connectors, and it may be necessary to add additional capacity based on your organization’s needs. You should assess your current and future usage patterns to determine if additional licensing will be needed.