Has the behavior for opening apps while offline changed?

We have some offline-capable apps for employees in fairly remote areas. They have been unable to open these apps without a data connection of some kind.

Is there a way to open an app on PC while completely offline other than leaving a previously connected PowerApps session up?

Hi @wyotim. I've never been able to open PowerApps offline on my iPhone, so not sure.

At the risk of beating this topic into the ground, I accidentally launched a PowerApp while offline on my iPhone yesterday and it worked. I thought I would see if anyone here could verify what I found.

This app was created under PowerApps Release 3.18082.42. I tested two others that were created under the same release but neither of those are offline-capable so I wasn't expecting them to work. One would give the same error message I usually get and the other would just hang at the initial launch screen.

I then tried them on my Windows 10 PC to no avail; it still shows that there are no apps when PowerApps is launched offline.

I will update a couple more offline-capable apps to this new release and report back if they work on my iPhone (and Android as well if I have time). If anyone else wants to give it a go and report back, I would appreciate hearing your results.

*edit* Just to be clear, no apps before that release would open for me, just the 3.18082.42 offline-capable one. I tried all of them that I have.

Update: The two apps that I updated both launched offline on my iPhone. One note, the shortcuts do not work; apps need to be launched directly from the PowerApps app itself. I will update when I get a chance to test on an Android device.

Update 2: So I tried on an Android phone and the updated app also launched on it while offline. Here are the versions of iOS and Android I used as well as the PowerApps versions:

Cautiously optimistic about this though a bit disappointed that it doesn't work on Win10. Still, I'll take it!

Would you please share more information about what connecctions the App is using?

By the way, is it the following article that you have followed to create the Offline App?

Implementing Offline Capability in your App

Michael, thank you for your reply! The connections we are using are Azure SQL, Flow, and Outlook 365. I did use that article as a starting point as well as the blog post about optimizing performance. We have taken things a little further by making it so the default behavior of our field supervisor apps is to use local data because they work in very remote locations with the expectation that they will not have a data connection until they return from work in the evening.

Just to be clear, when the apps are able to be run, they work fine. It is getting them open from pinned tiles on the Start Menu or even show up in the list of apps in PowerApps when the PC has no data connection that is the issue. It seems to be more an issue with how PowerApps handles being offline.

The behavior I would expect is that if the app has been downloaded onto the user's computer, it should show up in the list of apps in PowerApps and they should be able to open it whether they are online or offline. But the behavior we are experiencing is as I described in my first post, where there needs to be some initial data connection when the PowerApps app has been opened. Otherwise, apps will not show up in the list and not launch from the pinned tiles.

If I can give any more information to help clarify things, please let me know. I could take some screen shots to illustrate the issue if you would like. Again, I appreciate your reply and look forward to your response.

Michael, I decided to post screenshots as I am not sure how clear I was being. 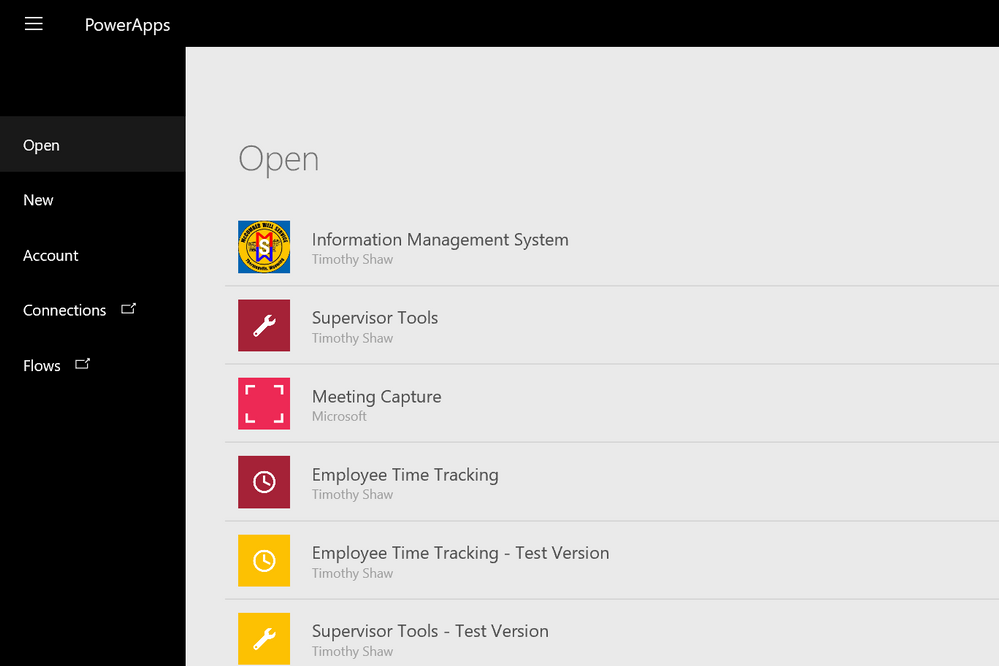 With a data connection present at some point, apps can be seen. 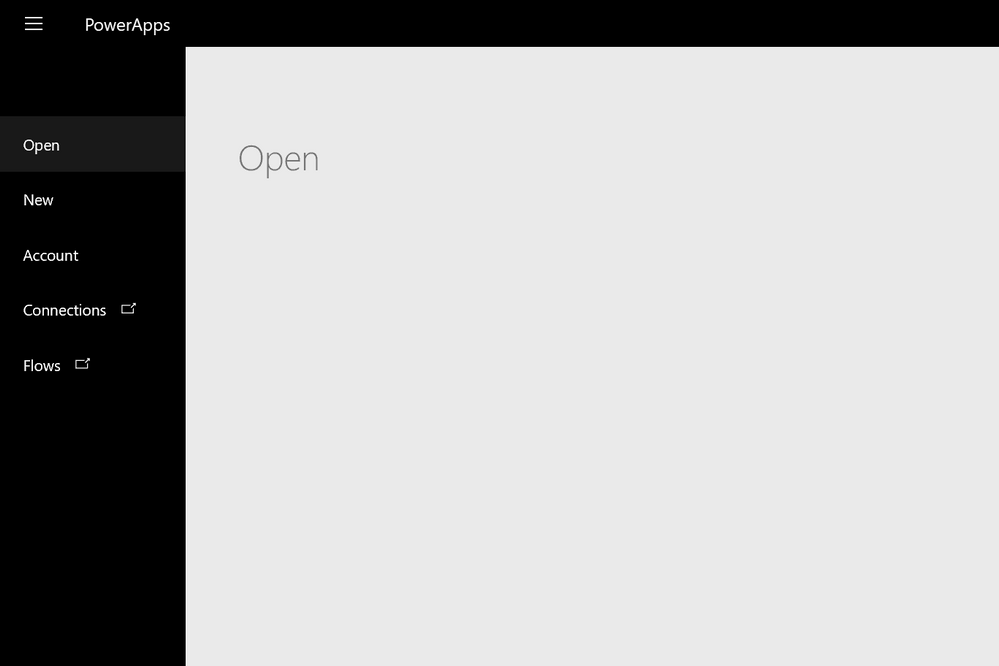 Opened without a data connection, apps do not show up and cannot be launched from pinned tiles.

I also do not understand how people can say they build "offline capable apps". PowerApps will not open on a phone without an internet connection. Get an error every time.

I think the folks building these offline apps are on a laptop/desktop.

Resident Rockstar
In response to seadude

@seadudeThe capabilities are there to build apps that technically function offline; it just seems like there are some kinks to work out withn PowerApps itself.

@v-micsh-msftHave you found anything out regarding this issue? Can I provide more information to help? For the record, it could help to have some more robust offline examples than just the Twitter app one. It is a good start but having an example of an app that has CRUD functionality would go a long way in helping people create their own, and perhaps in developing the example some of these kinks we have been experiencing would be addressed.

@v-micsh-msftMichael, is there any more info on this? Or is there another member of the team that I could contact to try to find a resolution? I don't mean to be a bother but we would like to have a fully functional offline experience, if possible. Thank you!

Did you find a fix for this one?

I have the same issue. If you open powerapps studio without a connection then no apps are available - even if they have been previosly downloaded.

@AnonymousSadly, no and communication seems to have dried up. I am pretty sure that it wasn't always this way as I tested both Windows 10 and iOS devices and as long as the app was downloaded and no updates had come in, it seemed to work offline as expected until some weeks ago. I have been focused on other projects so I am not sure exactly when this changed.

With the lack of follow-up communication and the change to the web studio being the official way to make apps (which doesn't support the Save or Load Data functions), I basically assumed that offline wasn't a scenario Microsoft is interested in supporting. Hopefully I am wrong in that assumption!

We have a huge need for offline-capable, mobile apps. With many (every?) browsers supporting Service Workers capable of offline caching, it feels like MS should be working on this. There are MANY GLOBAL APPLICATIONS for apps where connectivity is limited for certain parts of the day.

This needs to be implemented in PowerApps sometime soon. Our current (cheesy) work around is to supply users with paper forms they can fill out when out of cell range, then enter the collected data into the app when back online.

In response to the unique and evolving requirements of the United States public sector, Microsoft has created Power Apps US Government.