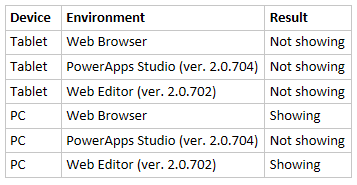 Kudo Kingpin
In response to Anonymous

Advocate III
SharePoint Images Powered Up In PowerApps
https://www.myconsult.co.za/residue/brians-blog/
Any image stored in SPO, rendered within a PowerApps app in any resolution as you so desire.
Desktop Video Demo

Advocate V
SharePoint Images Powered Up In PowerApps
https://www.myconsult.co.za/residue/brians-blog/
Any image stored in SPO, rendered within a PowerApps app in any resolution as you so desire.
Desktop Video Demo
Mobile Video Demo