Wondering if anyone can shed light on a studio editor problem we're having with a fairly complex app whereby screens are corrupted as per the images below. This happened one day last week whereby the app was saved after a simple change on one screen (just added a few static labels) and then when it was opened again in the editor the next morning, most of the screens are drawn incorrectly. This happens on multiple browsers on multiple machines. The other apps we have are not exhibiting the problem (but are much smaller). It doesn't happen at runtime for users, only in the editor.

The Microsoft support tech suggested going to File->Account->Support and changing the authoring version to match the version shown in the "Versions" list.

It seems odd this should happen out of the blue and the tech had no idea why, but had said this fixed it for another customer.

It keeps on happening and the "fix" (i.e. kludge) is not a sustainable way of resolving the issue.

Many thanks for any advice about what is actually going on behind the scenes (e.g. server-side caching error of pre-compiled app) and what will resolve it permanently (e.g. MS release a new studio version which fixes their bug). 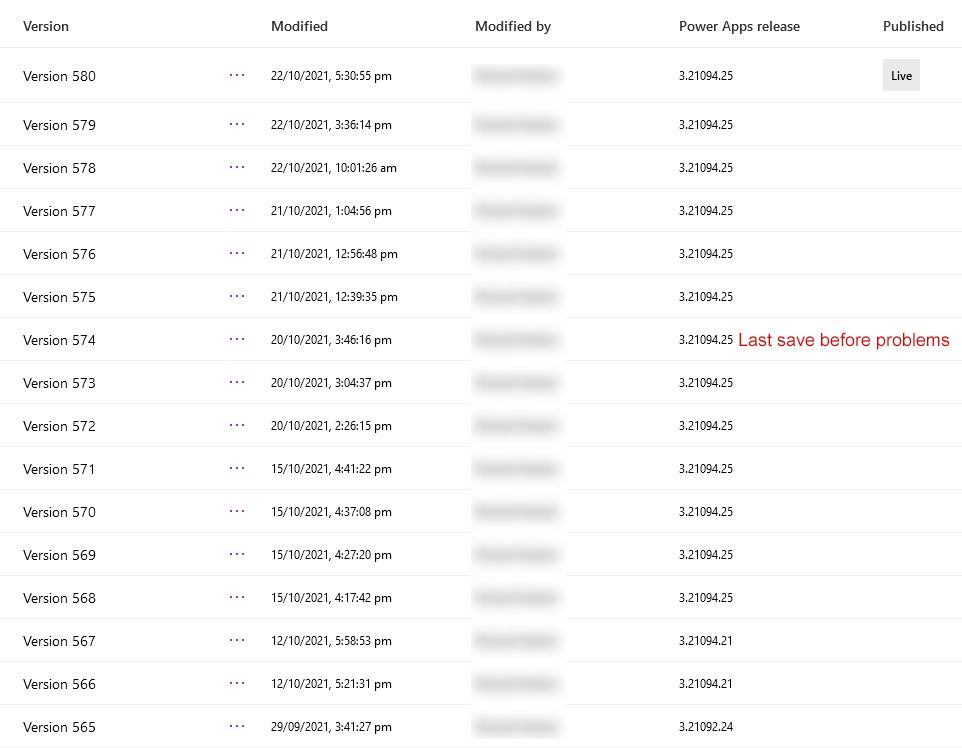 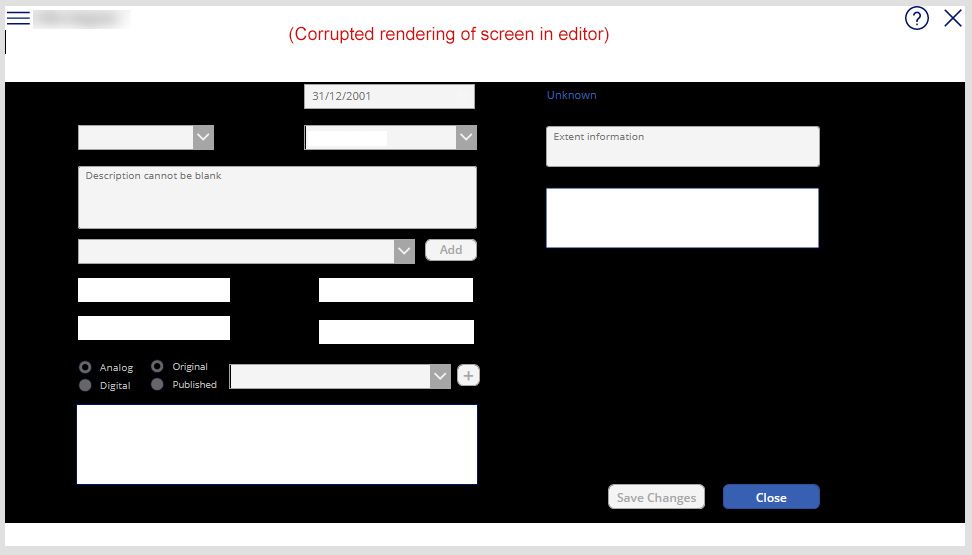 Corrupt rendering of screen in editor 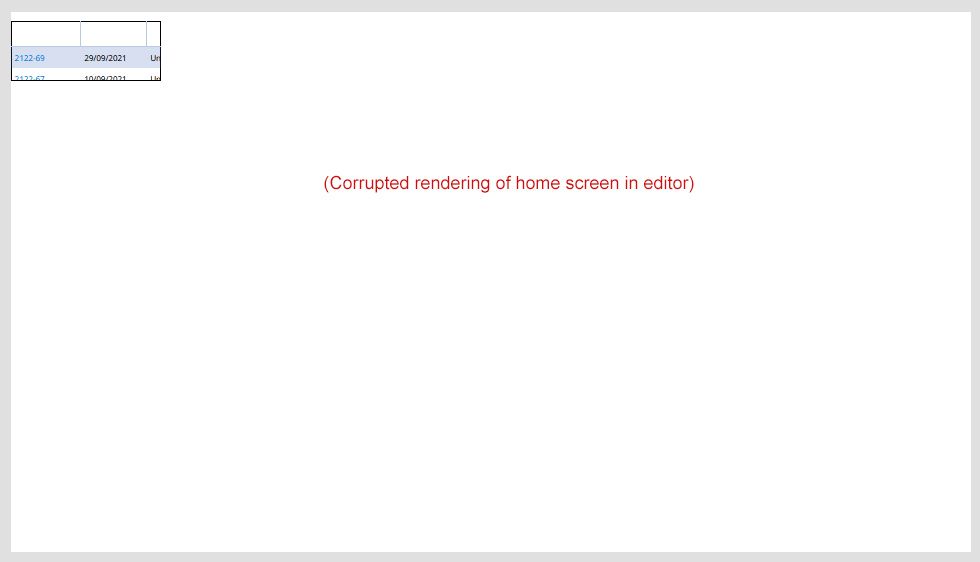 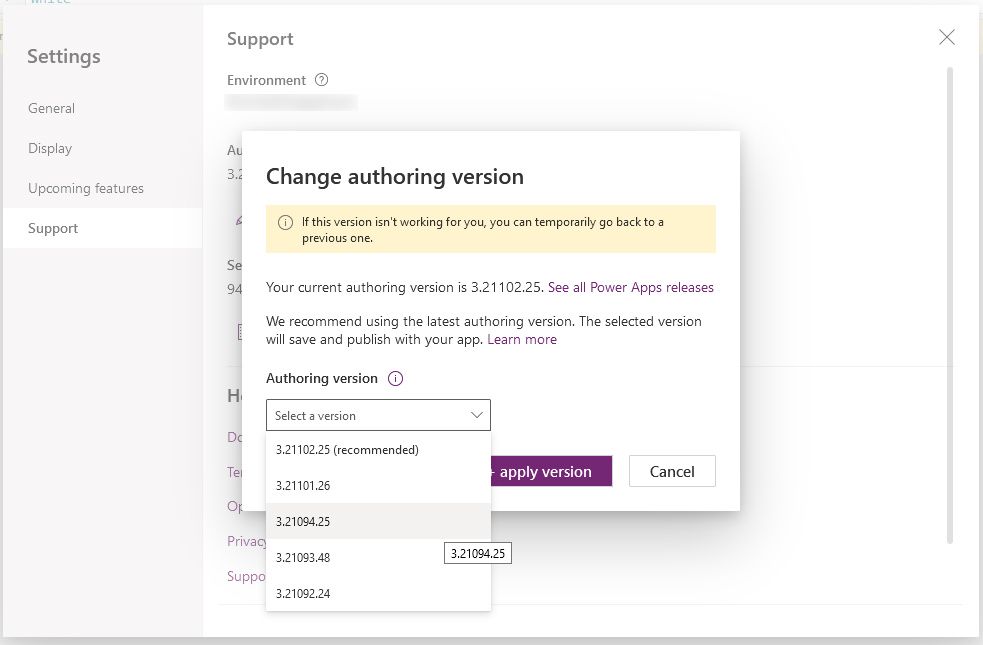 Yes - I have been rolling back to 92.24 for over a week until this is resolved. It is the first time in three years I have needed to do it, but it is very annoying. I did a post on this earlier.

@WarrenBelz , Can you try following work around? Open your app and turn on below setting under retired section. Save your app and reopen it. 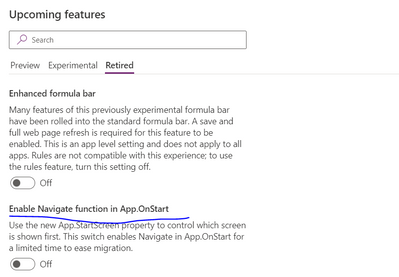 Thank you for the note - I have needed to deal with the new StartScreen on another app that had conditional deep linking and needed some updating - it accepted the code on the incoming parameters, but has not been tested in the field yet.

I am a little confused why this is relevant to 94.25 (which caused all the issues), but am currently hoping the later versions will see the issues go away.